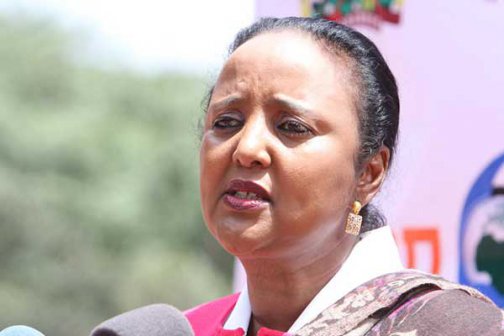 Africa heads of state are currently in Addis Ababa Ethiopia discussing numerous topics across from geopolitics to security and electing new leaders. Already Guinean President has been elected AU Chair replacing the incumbent who was the Chad’s President.

The focus that has Kenyans full attention is the Africa Union Commission that CS Amina is going for. The chair of the AU Commission has a lot of weight in setting the global agenda, including trade, good governance, institutionalizing democracy, intra-African trade, peace, and security.

A winner, according to the rules, should garner at least two-thirds of the votes by the 53 members, excluding Morocco, which is expected to make a return to the African Union after a 36-year ‘self-exile” from the Organisation of African Unity (OAU) in protest over the body’s support for the Polisario Front and its recognition of the Sahrawi Arab Democratic Republic as an independent state.

The election which is a closed door affair is kept away from the media lenses, and Kenya Insights sources reveal that Amina’s fate and the results to be made announced by 7 pm local time. Voting currently underway.

Kenya Insights allows guest blogging, if you want to be published on Kenya’s most authoritative and accurate blog, have an expose, news TIPS, story angles, human interest stories, drop us an email on [email protected] or via Telegram
Related Content:  Joe Mwangi Claims Jeff Koinange’s Poor Journalism Made Wendy Waeni Lose Sh100M
Related Topics:
Up Next