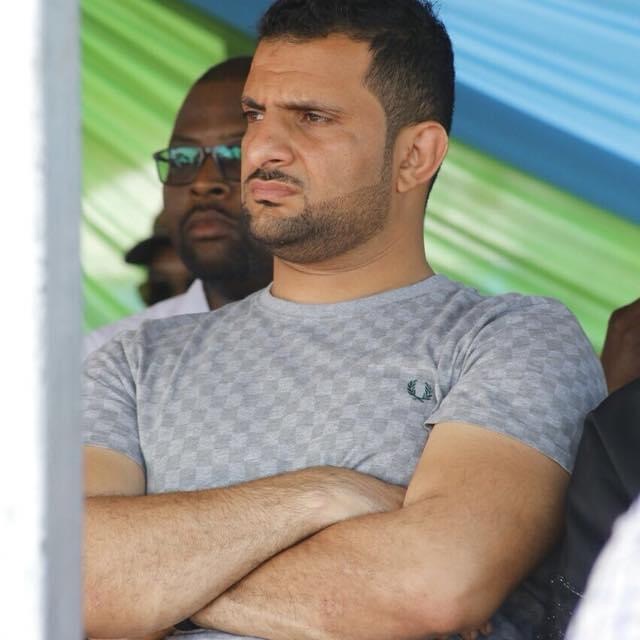 A leaked phone call between Speaker of the Mombasa County Assembly Aharub Ebrahim Khatri and a popular Mombasa-UK based activist/blogger only identified as Dr. Amkeni has become the center of undertones in the Mombasa gossip corridors.

An irate speaker had called Amkeni following allegations that he had labeled against him on his viral Facebook posts. “Why are you defarming me?” The speaker asked referring to defamation. Before the conversation could go further, the two in an audio-visual clip seen by Kenya Insights, agreed to record each other perhaps as a backup should there be a legal redress.

Dr. Amkeni sensationally accused the speaker of having links to drug trade of which the speaker denied knowledge of. At first Amkeni is heard saying that the speaker used to do drugs and when he was pressed further he alleged that he used to sell drugs and is still selling.

A clearly angered speaker asked him why he wouldn’t table the evidence of his allegations if they’re indeed true instead of just throwing what he termed as hearsay. Amkeni couldn’t hear none of that going ahead to allege that the speaker had been once arrested in relations to drugs and illegal firearms possession before he fled to Dubai and Holland. The two then had unprintable exchanges. 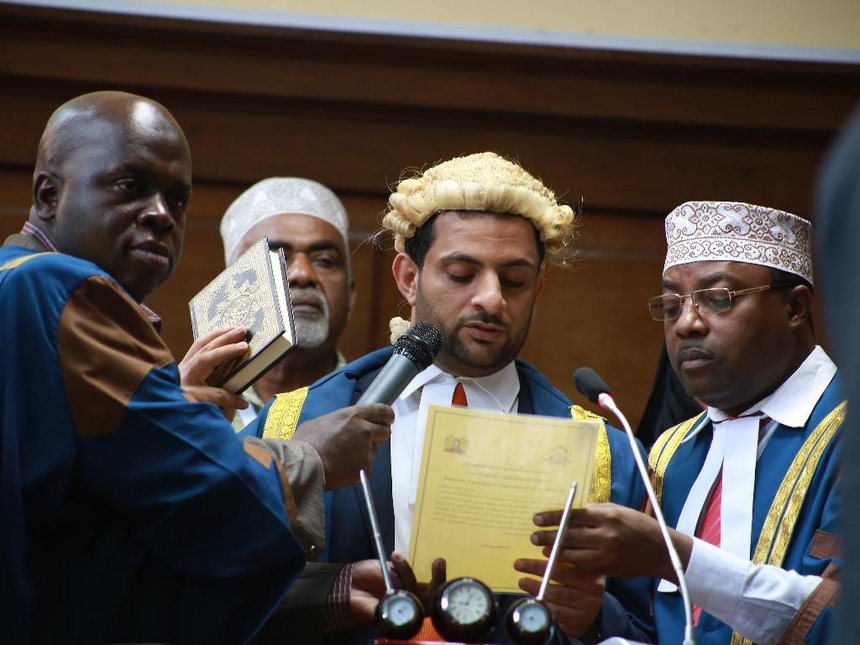 Aharub Ebrahim Khatri during his swearing in.

In 2017, the speaker’s house had been raided by police and he was arrested, there were a number of speculations within intelligence sources as to the reasons behind his arrests. Rumors would later run around social media after MP Moses Kuria alleged that Aharub was being sought after by the Interpol.

It was not only Kuria who made the allegations of him being in Interpol watch list, on 17th  January, 2017, then Coast coordinator Nelson Marwa who now is Principal Secretary for Labour and Social Protection made the same sentiments at a press conference. During the raid at his house, A police officer Kipkemboi Rop told a court that police had raided Khatri’s house in Ganjoni and retrieved three guns. He said the raid followed intelligence that Khatri was illegal holding an AK-47 assault rifle.

Aharub would then sue Marwa for defamation. In the case against Marwa , Khatri said in court that Marwa’s remarks captured on videotape “have denied me the opportunity to quit bachelorhood, as no woman wants to associate with me …”

“I have lost two lovers after they read negative things about me on the internet. No one would want to associate with a man linked to illegal businesses,“ he said. The court ruled in his favor.

In the phone conversation with Khatri, Dr. Amkeni questions the speaker’s academic credentials that qualified him for the speaker’s seat. He alleged that he only got the position due to his close links to the Governor Joho. He also accuses the speaker of not overseeing the payments of salaries to county workers and other corruption allegations.

Speaker is heard on the phone call saying that he will be suing Amkeni telling him to put his evidence together to prove his allegations. “I know people in UK I will find you.” The speaker said and vowing to make his threat clear of suing Amkeni.

In response, the blogger read the words of Khatri as threats to his life and even dared him to make them true. “We will welcome you to UK, but I would like us to meet and file this case in New York Pennsylvania where it would be easy to transfer evidence, I will pay for your air ticket.” Said Amkeni.

After the phone call was ended, Amkeni went on saying that he stood by his words and warned the speaker against threatening his life. Speaker’s media team has yet to give a rebuttal to the allegations.