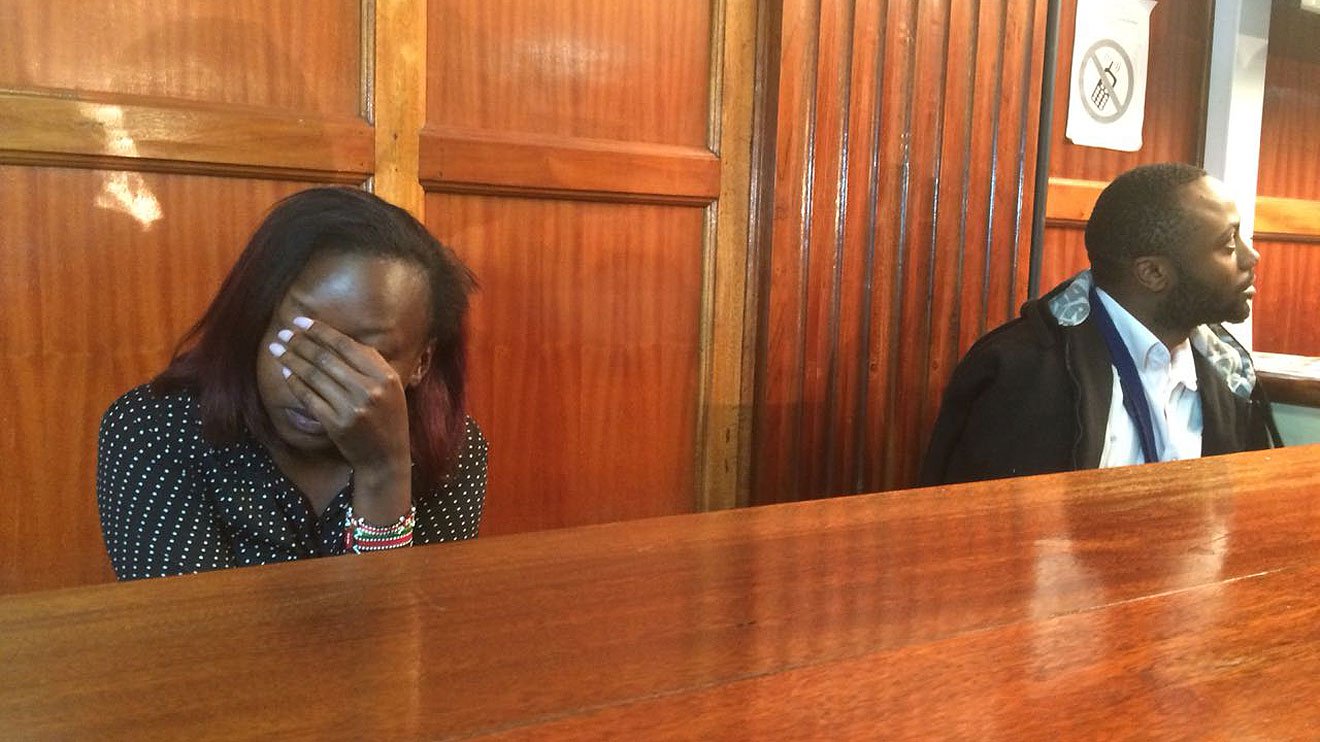 Maribe and Jowie in court.

After the celebrity couple were separated for nearly two weeks as investigations into the murder of Monica Kimani took course, Maribe and Jowie the prime suspect in the case came face to face for the first time in Kilimani court where the duo are to be charged collectively for the murder.

DPP Noordin made the decision to charge both the murder dating evidence collected was strong enough to link the two to the heinous act. Earlier, it was speculated that Maribe would be turned into a state witness and testify against her fiancé who’s the prime suspect in the murder.

In a sharp twist of events, DPP made the decision to collectively charged for the murder. In the investigations, police say that on that night, Maribe and Jowie were in the same company and that Jowie while driving Maribe’s car to Monica’s apartment, was captured in a company of someone.

Police also allege that Jowie attempted to take his life by shooting himself inside Maribe’s bedroom following a disagreement that is yet to be detailed. The clothes worn by Irungu at the crime scene were also partly burned and recovered by police at Maribe’s House. It’s aksomdaid the knife used to commit the crime and which is yet to be found, was from Maribe’s kitchen.

Maribe was initially considered as an accessory to murder by conspiring to mislead investigations, she knowingly lied to the Lang’ata police that Jowie was shot by thugs while in full knowledge of actual act.

Businessman Brian Kassaine who’s also behind bar with his gun having been used by Jowie in the attempted suicide and said to be poised to be charged for being in possession of illegal firearm, could possibly have cut a deal to be a state witness and testify against the murder suspects.

Related Content:  NYS Scandal Chief Investigator Wanted To Have Sex With Suspect Ann Ngirita & Was Business Partner With The Family

DPP Noordin Haji says there is sufficient evidence to warrant charges against TV anchor Jacque Maribe and her boyfriend Joseph Irungu alias Jowie over the murder of Monica Kimani.

Jowie and Jacque Maribe to be remanded at  Industrial Area and Lang’ata respectively until Monday, Maribe to undergo mental assessment test.