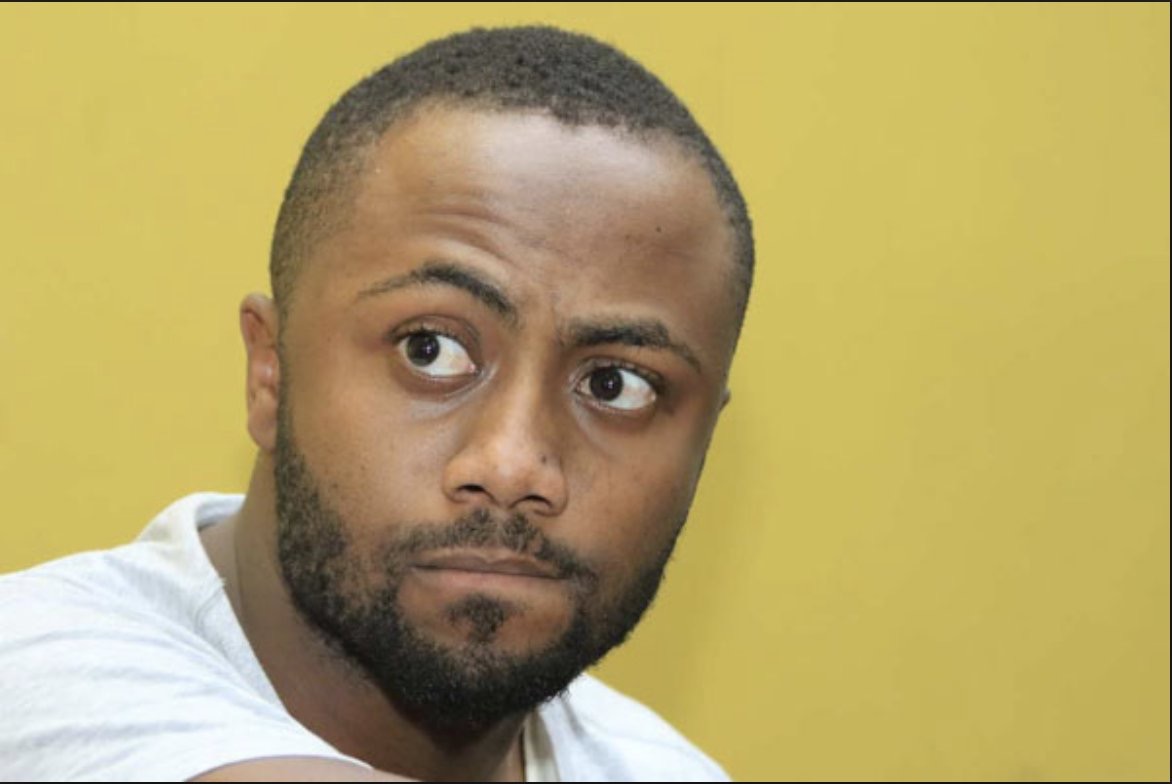 Jowie when he appeared in court.

Detectives continue to patch holes in the murder so foul of Monica Kimani in her apartment even with prime suspect Joseph Irungu aka Jowie and his fiancée Jacque Maribe having taken plea against the murder they’ve been formally charged for.

Missing links in the case which the police described was work of a highly trained assasin who left just enough trails and was smart enough also to throw off the cliff investigators.

Detectives, for example, wondering why Ms Kimani did not struggle as her hands were tied behind her back and her mouth taped shut.

Police are struggling to figure out if Monica was drugged as the two had been taking wine together. Her body did not have injuries consistent with a big struggle against an assailant according to police reports.

There were also no signs of struggle in the apartment, as one would expect. A source privy with the scene analysis told journalists she was tied like a goat before her throat was slit.

Police do not think she was tied in the bathroom, a police source speculating to journalists that she might have been trussed up in the bedroom and taken to the bathroom and killed.

The drugging angle would be consistent with the profile of the killer that the police have: A meticulous planner and trained killer who thought about the crime seriously in advance and covered his tracks, including disguising himself in a kanzu and stealing an identity card for use in getting into Ms Kimani’s apartment.

Assuming that the killer acted alone and was known and trusted by the victim, then the most likely explanation for the lack of a struggle is that he either tricked her to allow herself to be tied, or just drugged her.

Detectives said they were still trying to conclusively figure out the motive of the murder, and that DNA results were still being analysed.

As it stands, police are relying on circumstantial  evidence and fingerprints dusted from Ms Kimani’s home, wine glasses and furniture have shown that Mr Irungu was in Ms Kimani’s Lamuria Gardens flat, quite probably on the night of September 19. However, the forensics team has not given the DNA results yet.

“It will take time before we can really ascertain the biological identity of the killer,” a detective, who is privy to the investigation told the nation. “We are relying on circumstantial evidence for now, but we have not been successful in getting any important information from the main suspect in our custody. He has not helped much. All he says is that he was not involved in the murder. He is very guarded.”

For now, the source said, detectives have not been able to conclusively establish where Mr Irungu’s main residence or central place of operation. The house believed to have been his previous residence in Nairobi’s Buru Buru Phase 2 estate is currently occupied by another man.

The murder weapon used to slit Ms Kimani’s throat has also not been found.

Determining the biological identity of the killer will need DNA analysis and more so with the killing weapon which is not in the picture. Circumstantial evidence can be punched down by lawyers and even though the DCI exudes confidence that they’ve met the threshold, proving that it was indeed Jowie who slit Monica’s throat is the hurdle.

Police are however said to be in pursuit of a second suspect said to have been with Jowie that night and the murder weapon which could give a major breakthrough in this case. On the night Jowie was arrested he reportedly bragged to the police that the case won’t go nowhere going to cast questions as to just how much he knows and his silence and non corporation with the police can only mean he’s guilty or covering up for someone seemingly more powerful and buying time to evade the net.