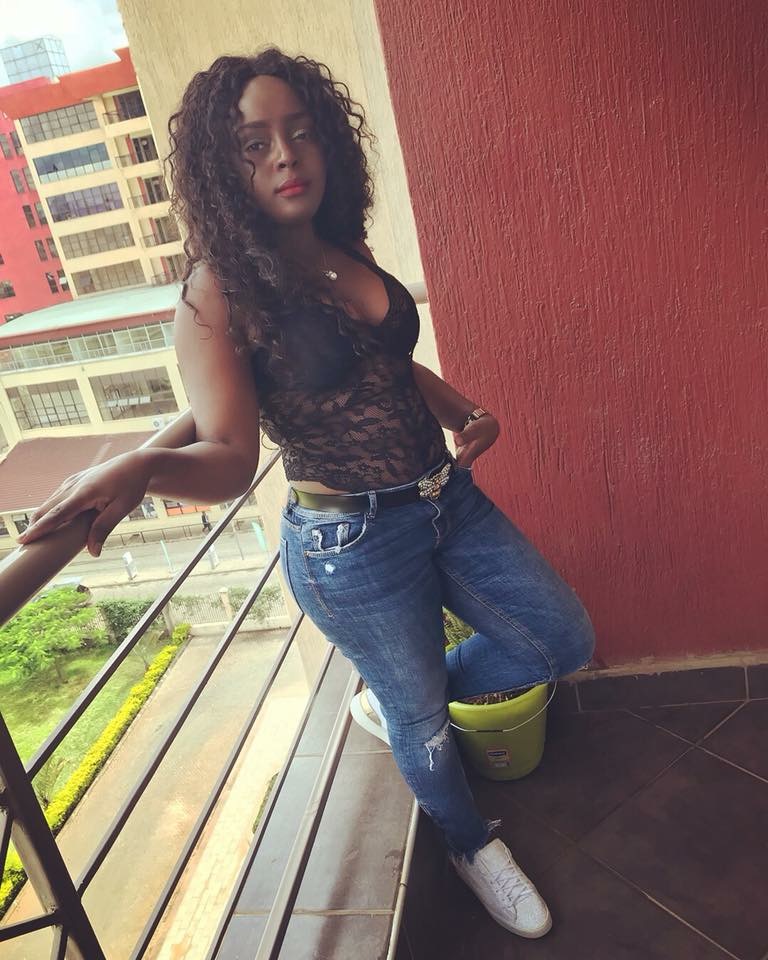 Detectives are trying to piece up how the slain businesswoman had managed to beat the airport’s protocol to pass with a lot of cash undeclared through the heavy security without a trace.

Monica is said to have flown in with huge amount of money in USD currency which is when she called Jowie to escort her from the airport. It’s clear the money was packed in a bag and passed, what’s not clear is how this could’ve possibly happened and no trace left.

According to reports, the late Monica Kimani was briefly detained at the airport upon arrival from Juba because she was in possession of undeclared cash.

She was, however, let go after a high flying individual called senior KAA officials to secure her release.

The incident has been handled with the strictest confidentiality, with no official records showing Monica was at the airport on the material day.

According to other reports, Monica’s flight details for 19th September when she traveled from South Sudan are heavily guarded by KAA going to show the trail captures the mightiest in the land.

The KAA officers are the ones mandated to screen baggage. In case of somebody carrying large amounts of cash, he or she is supposed to declare it with the customs department which issues a receipt. Immigration simply checks on the passports and visa.

When screening baggage and they notice banned substances or illegal goods, KAA officers re supposed to alert airport police.

The officer said that in the case of Monica, JKIA security has discovered that she had cash but the KAA officer who screened her did not inform the police.

Monica is said to have placed a call to a high office and was set free with the money undeclared. It’s alsi speculated that a contact on South Sudan who’s the source of the money coordinated her pass with his networks.

It is in the backdrop of the missing cash that detectives have pitched campbin South Sudan to piece up evidences and determine if their could be a link with her death.

In what is a suspected money laundering syndicate, the slain who lived a lavish lifestyle and accumulated wealth in a short span, the case could be much more complicated than thought as those in the trail of the cash and possibly the high gods, will fight blood and sweat not to appear on the picture.

Whats more puzzling is where the cash in the suitcase disappeared. It has been speculated that it was about USD400,000 cash. At one point, it was reported that Monica’s purse with cash was recovered at Maribe’s House butbthis story disappeared into the thin air.

Investigators have told the court, where they have arraigned two suspects, that they are still investigating the possibility of money having been stolen from Monica in her killing.

“The investigations are ongoing to establish any money that could have been taken from the deceased’s house. The deceased was to travel out of the country,” an affidavit by investigating officer Maxwell Otieno reads.

He said they are tracing the money movement, persons involved, and how and who is currently in possession of the money.

If the police can break the money puzzle then it will definitely open a box of pandora exposing those involved and might just give this case a whole new angle. This money is somewhere andnjust maybe if the police can get to those in possession then we’d have a new crime motive and even the actual killer if it wasn’t Jowie.

Related Content:  KEBS Has Blacklisted 8 Fake Sanitizers Brands Including Bidco
Kenya Insights allows guest blogging, if you want to be published on Kenya’s most authoritative and accurate blog, have an expose, news TIPS, story angles, human interest stories, drop us an email on [email protected] or via Telegram
Related Topics:
Up Next