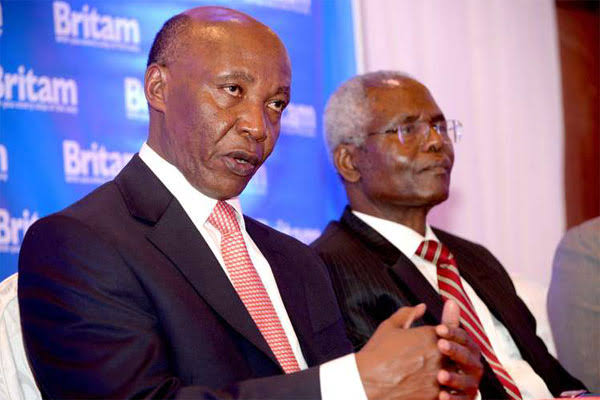 In a new twist of events, the Court of Appeal yesterday issued orders stopping Britam’s attempt to use the courts to distract its competitor, Cytonn.

It has emerged that Britam might not have lost Ksh1.2 billion under the watch of its former employees, as they claim. Instead, records show that the money was spent on various Britam projects in the country.

Bank records in possession of our investigative desk show that the money that Britam accuses four of its former employees stealing was wired by Britam’s own Fund Administrators from Standard Chartered Bank in Mauritius to Chase Bank in Kenya to different accounts held by Britam and its then Subsidiary, Acorn.

The money was meant for different projects which were initiated by Britam in conjunction with Acorn Group Limited. Acorn was Britam’s partner in real estate development, and even they (Britam) had shares in Acorn.

The money wired from Mauritius was acquired from investors. Mauritius was the preferred destination because of its tax treaty with Kenya hence avoiding double taxation. However, Britam group did not want the projects done for BAAM investors, they wanted the projects done for Britam directors, a move that former employees firmly resisted, hence the attempt by Britam to punish the four, a move that the court of appeal stopped yesterday.

The disbursements were signed by Shiv Arora who was the Investment analyst for Britam, Elizabeth Nkuuku who held the position of a senior portfolio manager and Edwin Dande, the then Chief Executive Officer (CEO). The Investment Committee had already approved the five projects, in which the Ksh1.2 billion was to be used on.

As stated, only three executives authorised the transactions, putting in question why Britam decided to include Patricia Wanjama in the suit. Sources within Britam intimated to us that the owners of Britam, working through the previous DPP, Keriako Toniko, decided to manipulate the justice system to punish the Cytonn four, who exited Britam to form their own company.

We are in possession of bank statements showing how Britam used the money:

The first Ksh9.9 million was disbursed to Edenvale Developments LLP, a student housing project sitting on a 0.4 acre piece on Jogoo Road, Nairobi.

Another Ksh42.2 million was disbursed to Starling Park Properties LLP, a real estate project on a 0.7 acre piece of land on Gitanga Road, Nairobi, now called 67 Gitanga on Agwings Kodhek.

The third Ksh43.3 million disbursement was made to Crimson Court Developments LLP a real estate project on Riara Road, Nairobi.

The final Ksh915.4 million disbursement was made to Mikado Properties LLP a a real estate development sitting on a 28.4 acre piece of land in Mavoko on Mombasa Road.

This case is important to the market because it is about big corporates trying to keep their position by manipulating the Justice system. For a company that is also owned by IFC, Swiss RE and Africinvest, it’s surprising that international investors would be part of bribing the system to so that they dominate the market.

Next we shall explain to you how Britam issued fake statements to investors in their unit linked education policies. Our mole at Britam informed us that the DCI has been investigating Britam about their Mauritius Ponzi Scheme run by previous shareholder, David Rawat.

While at it, we would like the Director of Criminal Investigations to also investigate these fake unit linked education insurance policies Britam has been peddling to Kenyans using teachers as their agents.