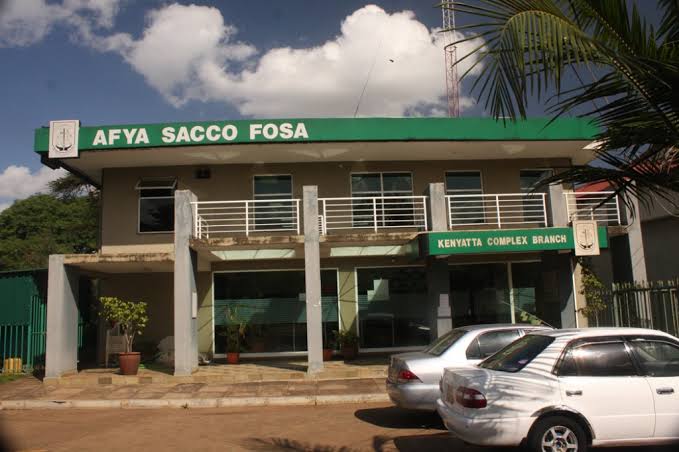 Sources at the giant Afya Savings and Credit Cooperative (Sacco) have revealed how members of the society’s board are raking in millions of shillings in allowances each week in seating allowances while the members and employees struggle to survive.

The board has since the beginning of last year been meeting every working day and sometimes rolling over to weekends and public holidays, but there is nothing to show for these abnormal meetings. Details leaked from the society’s confidential files show that the ten board members led by chair Beatrice Mogire, take home Ksh. 300, 000 to 350,000 per week in allowances.

According to a report presented to the Afya Sacco ADC delegates on March 26th 2021 by Ms Mogire, external borrowing from commercial financial institutions grew by a staggering 89.9 per cent, from Ksh. 591 million in 2019 to 1.123 billion in 2020 and growing. The Sacco annual turnover shrank while surplus distribution plummeted and no dividend was paid out to members in the same period.

“At the same time, the least paid manager took home Ksh. 170, 500 a month, the highest paid is the acting Chief Executive Officer (CEO), Peter Gisemba who takes home Ksh. 1.2 million minus allowances,” said a long-serving employee who spoke to us on the condition that he is not named for fear of being victimized. The source who was accompanied by three other colleagues from various departments said that Mr Gisemba who recently replaced CEO Felix Ndoi in an acting capacity also takes home Ksh. 300, 000 each week in allowances, these figures are contained in a confidential document dated 2021. 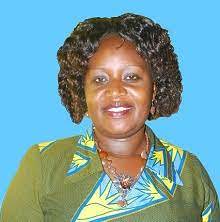 All figures mentioned above are exclusive of other allowances like travel, meals and accommodation among others that the top managers and board of directors rake in. Efforts to get a comment from Ms Mogire on this state of affairs proved fruitless as she never answered our calls.

“Afya Sacco is not in control of the senior managers led by a CEO who has not been confirmed by the board. Those currently calling the shots at the Sacco are three, they are the chair-lady and her vice together with the Company Secretary, they have become defacto dictators with nothing to show for any positive developments despite the entire board meeting each day of the week.” A source at the institution says.

At this rate, Afya Sacco is slowly but surely consigning itself into a highly indebted and grossly mismanaged entity at the mercy of ruthless creditors who may eventually consign it into oblivion despite the billions in accumulated assets. A delegate from the Rift Valley said he raised the issues during the Sacco’s just-concluded Annual Delegates Conference (ADC) saying: “I put this matter to the floor of the conference demanding to know from our board of directors what they expected us to tell our members in the branches when we go home empty-handed? Adding that the more than 600 delegates from all over the country rose in full up-roar, questioning the board on what they were doing to meet members’ demands and interests?

“Virtually all employees are demoralized and performances at the workplace have dropped sharply because they can’t comprehend how they are grossly underpaid yet overworked when a few senior managers and the ten board members are taking home hundreds of millions of shillings every month with no tangible work seen; only mounting losses”.

This isn’t coming as a surprise as the board was entangled in a similar war in 2020.

A vicious war erupted at the multi-billion shillings Afya Co-operative Savings and Credit Society (Sacco) with top managers and Central Management Committee (CMC) members taking on each other.

At the core of the raging battle which caused tremors in the dynamic co-operative movement, are corruption queries involving billions of shillings allegedly siphoned from the organisation since 2018.

It has even gone higher with Cabinet Secretary in charge of Co-operatives Peter Munya, a legislator in the East African Legislative Assembly and a senior Co-operatives officer being brought into the tussle as key players.

Valued at over Sh17.5 billion in terms of assets, Afya is among the top five billionaire Saccos in the country.

The cash scam is alleged to have been engineered and executed by top managers targeting the Sacco’s account at the Co-operative Bank headquarters which is managed by them.

It led to the sacking of Deputy CEO Livingstone Sakwa, Risk Management Manager Wycliffe Mworia and Vitalis Lukiri  who was also the Sacco’s national chair and his deputy Simon Kariuki.

According to reports, a CMC member Prudencia Wafula said trouble erupted at the Sacco after the CMC instituted internal investigations into the circumstances under which the society had lost hundreds of millions of shillings through internal fraudulent actions since the year 2018.

Wafula said the investigations resulted in the sacking of Sakwa, Mworia and earlier ICT manager and more than 12 employees including a close relative of CEO Felix Ndoi  for alleged involvement in the looting of the Sacco’s millions through its FOSA ATMs. It had allegedly lost nearly Sh1.5 billion by then.

Wafula said the crisis at organisation was triggered when the CMC recommended transfers right from the management level starting with Banking Manager to junior staff, a move, she added was blocked by Ndoi.

She claimed it was this action that made the Sacco CEO to seek Munya’s intervention through Aburi’s brokerage on allegations that the CMC was recklessly sacking top managers.

Kenya Insights allows guest blogging, if you want to be published on Kenya’s most authoritative and accurate blog, have an expose, news TIPS, story angles, human interest stories, drop us an email on [email protected] or via Telegram
Related Topics:Afya Sacco
Up Next