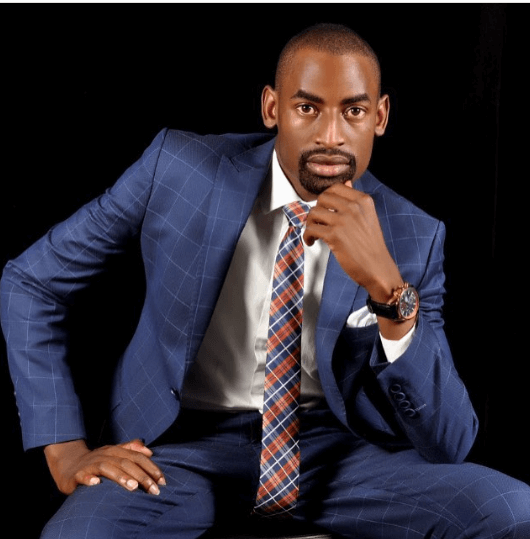 The events of Friday night at the Galana Suites Apartment in Kilimani where Kevin Omwenga was allegedly shit by his co conspirator Robert Bodo Ouko in a fake gold scam gone wrong, were captured partly by security cameras installed in the building.

Omwenga and Ouko who’s a bodyguard to Chris Obure another common fraudster in town and an  associate to Omwenga, are said to have gotten into a heated argument over a Sh40M gold deal that they had struck back in March.

The two were arguing in the bedroom before a loud bang was heard. Wycliffe Omwenga, the brother to the deceased said he was making supper before he had the gunshot sound from his brother’s bedroom.

When he rushed to Omwenga’s bedroom, he found him bleeding from the chest. Ouko, who was the only other person in the bedroom, claimed that Omwenga had shot himself.

A mini ceska pistol that was used in the shooting belonged to Obure, it would layer be recovered from his office after Ouko tipped the police. They also recovered 13 rounds of ammunition.

The chronology of events brings a whole bunch of conflicting story with loopholes. And as police piece up evidence to find the motive for the murder, Ouko insists, Omwenga shit himself but how could this happen? Who had the gun? How and why did it end up at Obure’s office.

CCTV footage obtained by Citizen TV shows partly what transpired in the last moments before Omwenga was shot and activities outside as he was getting rushed to the hospital.

Related Content:  ‪After A Spate Of Suicides, Ethiopians In Lebanon Raised $640,000 To Support Theor Community, Then It Disappeared ‬

At 9:39pm, Omwenga is seen leaving his house with a few friends only to return minutes later at 10:35pm in the company of a young lady. It appears he had gone downstairs to pick her up. Both disappear to his house.

Four minutes later, at 10:39pm, Robert Ouko the suspect, is seen disembarking from the elevator and heads straight to Omwenga’s house.

At 11:22pm, activities takes a new twist, one of Omwenga’s guests is seen rushing to the elevator, pushing the buttons severally and appears to be disturbed and in a panic mode, after four attempts, the doors open and he disappears.

At 11:24pm, Ouko is captured again on the elevator camera seeing off a guest before returning to Omwenga’s house. 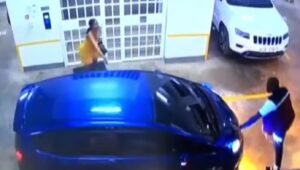 CCTV footage of the basement showing the car carrying Omwenga to the hospital as Ouko and the mysterious lady remain behind.

Four minutes later, a frantic Ouko heads to the elevator, attempts to push the buttons but gets back to the deceased house again, 11:28pm.

A few seconds later at 11:29pm, he’s captured leaving through the escalator. It’s assumed this was after he had shot him.

Moments later at 11:30pm a youthful man, the building’s caretaker emerges from the escalator and rushes towards Omwenga’s house. Almost immediately, Ouko returns before leaving again. This time, camera captures him lifting his jacket whipping out what appears to be a pistol, consistent with the weapon confiscated by the police.

Basement camera captures him at 11:31pm trying to conceal what appears to be a firearm with his jacket.

Ouko returns to the house at 11:32pm in the company of another man. They’re captured carrying the injured Omwenga into the escalator, Ouko using what appears to be a sheet, wipes out the blood stains on the floor before using the sheet to cover Omwenga who was now laid on the escalator.

11:34pm, basement cameras captures Ouko and other men carrying Omwenga into a waiting van that rushes him to the nearby Nairobi Women’s hospital. Ouko and the mysterious lady who had came in with Omwenga and appears at ease, are left behind. She was in a skimpy yellow dress and black sandals.

Police recovered a pistol with 13 rounds of ammunition. Detectives trying to unravel the motive behind the killing #CitizenWeekend pic.twitter.com/1Gv1Ilqfim

Events then take weird turns, Ouko later joins the rest at Nairobi Women’s Hospital where  Omwenga was pronounced dead on arrival. Ouko led the rest to the station where the matter was reported. He was immediately arrested and led police to Obure’s office where the killing weapon was recovered.

Why did Ouko leave after the shooting, came back, helped carry Omwenga to hospital, went to the hospital and to the police voluntarily? Is he innocent or playing smart? There’s a single gunshot wound to the chest, nobody shoots himself in the chest, impractical. The investigations will give the answers. Meanwhile kids, stay away from dirty businesses.

Related Content:  Fears Confirmed: Chase Bank Insider Fraud Scheme Exposed Further
Kenya Insights allows guest blogging, if you want to be published on Kenya’s most authoritative and accurate blog, have an expose, news, story angles, human interest stories, drop us an email on tips.kenyainsights@gmail.com or via Telegram
Related Topics:
Up Next

Omwenga Had The Gun In His Waist As A Show Off To His Tanzanian Lady Before The Shooting, Ouko Says

Chinese Fraudster Who Stole Billions In The Name Of Kenyans