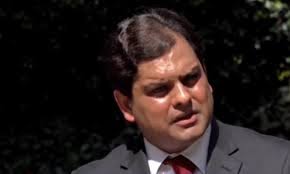 According to judicial proceedings in Kenya and India, the son of late Solai Estate tycoon Manusukh Patel is involved in a major matrimonial dispute that could result in jail time.

Kenyans who closely followed the court case following the collapse of a dam at the Patel Coffee Estate estate in Solai, which resulted in 50 fatalities, are familiar with Perry Manusunkh Kansgara. 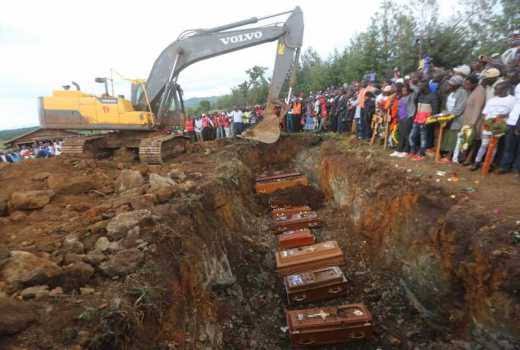 Perry was one of the nine people accused of the deaths; however, upon release, the state sought retrial in light of the victims’ and the public’s outrage.

The Solai Group of Companies investments are salt company Kensalt, the vast Solai Coffee Estate which grows flowers, macadamia, coffee and other horticultural produce for export including chilly and mushrooms.

In India, the Supreme Court wants billionaire Perry jailed on grounds of obstructing the delivery of justice.

The court has ruled, Perry be arrested for contempt of court. Even before the death of Patel, Perry was the CEO of his firms that have investments in London and India. The court is accusing Perry of presenting a forged order in court to secure the custody of his child Aditya.

Perry and his enstranged wife Smriti Madan Kansgara are battling custody case that was filed in India. According to court papers, the minor who is a boy is staying with his father Perry in Kenya with his mother holed up in India.

At the centre of the court battle be is which country the 12-year-boy do should be raised.

The estranged wife has revealed, Perry is suffering from undisclosed sexual disease due to his uncontrolled sexploits and lust with Indian slay queens due to his fortunes.

Related Content:  This Man Has Been Retrieving Dead Bodies From Rivers For 45 Years

A mirror order is supposed to le be binding as by virtue of being a by document generated in one country fe and with orders going as per the first one issued.

He wanted to use the to order to safeguard the child from st being detached from him. In India, Perry filed a forged one which is against international law.

After winning the child custody ed battle against the wife and pleading that he would abide by conditions set by courts in India, the businessman was given custody of the child by the Indian Supreme Court in 2020.

The apex court has asked the centre and the Indian mission in Kenya to help the mother and ordered registration of a suo motu contempt with case against Perry Kansagra, the father of the child.

Irked over the defiant and contumacious behaviour of a Kenyan citizen of Indian origin who played fraud in securing custody of his son, the Supreme Court recalled its verdict, and directed Central Bureau of Investigation to initiate proceedings to secure and entrust the custody of the child to his mother.

The apex court also asked the centre and the Indian mission in Kenya to help the mother and ordered registration of a suo motu contempt case against Perry Kansagra, the father of the child.

The top court sought Perry first Kansagra’s physical presence before it and asked the registry to pay Rs 25 lakh as litigation cost, from the amount deposited earlier by him with it, to his spouse. It is fundamental that a party approaching the court must come with clean hands, more so in leading child custody matters.

Any fraudulent conduct based on which the custody of a minor is obtained under the orders of the court would negate the and nullify the element of the trust reposed by the court in the concerned person.

Wherever the custody of a minor is a matter of dispute between the parents or the concerned parties, the primary custody of the minor, in parens patriae jurisdiction, is with court which may then hand over the custody to the person who in the eyes of the court, would be the most suitable person.

Any action initiated to obtain such custody from the court with fraudulent conduct and design would be a fraud on the process of the court. Moreover, the nondisclosure of material facts by Perry at the relevant junctures also shows that he played approached the Indian courts with unclean hands, said the bench which also comprised Justices Hemant Gupta and Ajay Rastogi.

Writing the 71-page judgment, Justice Lalit directed that the verdict of October 28 2020, in the custody case and a subsequent order be recalled. The CBI, New Delhi through its director is directed to initiate Perry appropriate proceedings by registering criminal proceedings against Perry and to secure and entrust the custody of Aditya to Smriti, it said. She returned to India in 2009 to give birth to their son, who moved to Kenya with his parents on July 1, 2010.

In 2012, the mother filed a lawsuit in the Delhi High Court seeking a permanent injunction preventing his father custody and his parents from removing the child from her lawful custody, and the case culminated in the Supreme Court’s decision.

Kenya Insights allows guest blogging, if you want to be published on Kenya’s most authoritative and accurate blog, have an expose, news TIPS, story angles, human interest stories, drop us an email on [email protected] or via Telegram
Related Topics:IndiaPerry Manusunkh KansgaraSolai dam
Don't Miss