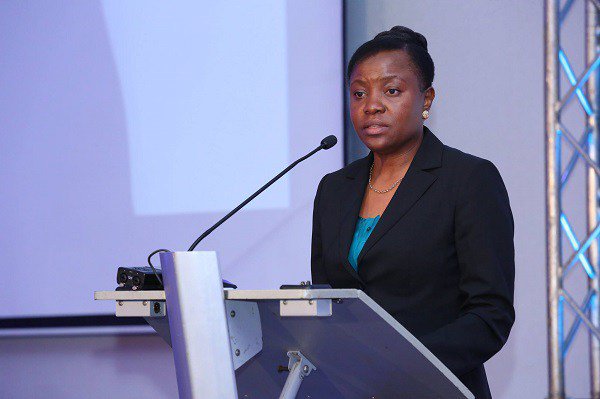 It has emerged that the scandalous acting chairperson of Kenya Power Board, Vivienne Yeda Apopo  and the former chairman of Kenya Pipeline John Ngumi are the architects behind the wrangles that have rocked the loss making Kenya Power.

Apopo who has a history of championing controversies is now colluding with Ngumi, the man who chairs President Uhuru Kenyatta’s panel to review Kenya Power purchase agreements to dictate tender winners by kicking out managers viewed as ‘obstacles’.

She has roped in Ngumi who is using his powerful position to change the management structure of Kenya Power board by planting his spanner boys like Sachen Gudka who was brought in to ensure that Asians in their looting ring win lucrative tenders.

Gudka was planted like Apopo or Elizabeth Rogo who joined to broker deals for international crooks, a role that earned her a slot in the larger and powerful cartel that includes Caroline Kittony who is a cousin to Baringo senator Gideon Moi.

The four board members have stumped excess authority over top managers at Kenya Power including the ouster of CEO Bernard Ngugi, a move that has was initially tried through the courts but he survived after a petition to remove him was dismissed. 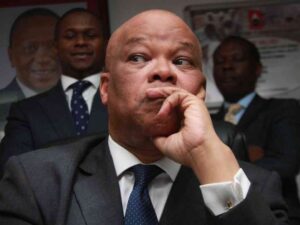 Ngugi became a good target because he was engaged in procurement malpractice. His three year term should end in October 2022 but his replacement has been found in Rosemary Oduor who is now serving in an acting capacity. Oduor is a close ally of Apopo and Ngumi’s cartel through which she lobbied for the position. She was also used to sponsor the case that saw Ngugi kicked out on grounds of corruption.
Related Content:  Fleecing KPLC: US Authorities Alarmed Over Extraordinary Profits Made By Ormat From Struggling KPLC

Ngugi was among the last managers who were still surviving at Kenya Power after ten other managers including Ken Tarus and former CEO Ben Chumo were kicked out in July 2018 after they abused office and cut deals with a dubious private firm which supplied faulty transformers.

But it is Apopo’s tender wars with Ngugi that have pushed the donor community to issue threats to withdraw funding for the struggling Kenya Power. She is completely blind to the blows  the agency suffered when France chose to withdraw funding after a section of the management was accused of interfering with the tenders at the parastatal.

The wars intensified after power transmission line contractors association took Kenya Power to the public procurement administrative review board to block a flouted tender. The body was pushing for a review against the accounting officer, Kenya Power in tender no KP1/6E.1/PT/1/21/ A89.

And the supply and extension of LV single phase lines and service cables in Kisumu, Siaya, Vihiga, Busia, Bungoma and Kakamega counties was listed under LOT B at a cost of Sh7.4 million or USD 67,100 but only Sh3,3 million was earmarked for Lot C similar program in Embu, Murang’a, Meru and Tharaka Nithi counties.

The power transmission line contractors association demanded for an order annulling the tender document and the entire procurement process just after the closure of the tender. The body also wanted Kenya Power to withdraw the tender notice and re-advertise it through a fresh notice without the supply and extension works.

But Kenya Power’s response proved futile after they filed a memorandum of response on July 5 2021 to object the demands by power transmission line contractors.

Kenya Insights allows guest blogging, if you want to be published on Kenya’s most authoritative and accurate blog, have an expose, news TIPS, story angles, human interest stories, drop us an email on [email protected] or via Telegram
Related Topics:John NgumiKPLCVivienne Yeda Apopo
Up Next

The Cost of Kenya’s ‘Budgeted Corruption’

Faces of Impunity At KiPPRA Exposed.