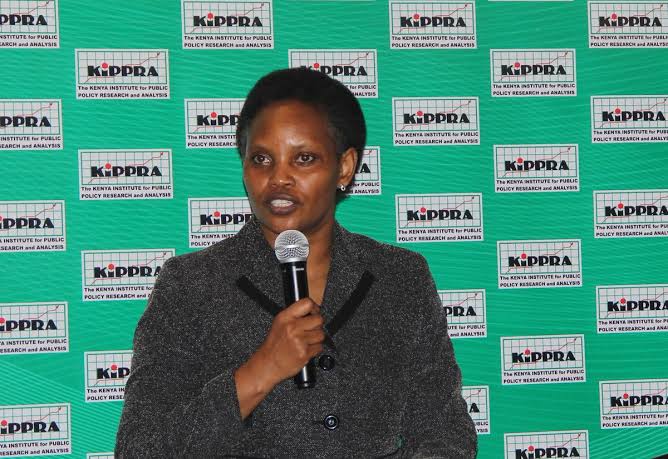 Kenya Institute for Public Policy and Analysis (KiPPRA) which’s a government agency has been whistleblown following suspicious recruitment dealings and which has exposed the wrath of the executive director Rose Ngugi in the public office.

Genesis unfolded after advertisement of Policy analysts position, a shambolic recruitment process in a row when previously claims of mismanagement by Jascath Kaunda – the human resource management officer, according to our source.

Jascath Kaunda who decamped from Ministry of Public Service is believed to be a proxy of Rose Ngugi escalating the conflict of interest in the government agency. In a bid clean up her mess, she has sought services of a consulting firm to assist in the shortlisting exercise. A firm which according to our source, Peter Munene and Moses Njenga – who are Ngugi’s puppets in the management are proxies.

Kippra trains staffs, young professionals whom she dumps at the end – only to hire outcast proxies.

According to our source, it’s only Principal Human Resource Manager Martha Wanjiku who has stand her ground against Ngugi’s catastrophic operations at the institution. Wanjiku presented her fresh plans of managing personnel, she also proposed appointment of HoDs and hiring of senior personnel in the institute but board – proxies of Ngugi turned her proposals down. A confrontation that escalated the beef and deteriorated activities at the institute.

According to our source, it’s a fact that her micromanagement of staff has rendered nearly all departments to be non-functional to the extent that no decision can be made with unless okayed by her. At some point she authorized a worker on probation to appraise another staff who was also on probation. Some staff who reported to the institute more than 8 months ago are yet to be confirmed deliberately to meddle and micromanage work in the department.

Her kinsmen and relatives Moses Njenga, Peter Munene heading the supply chain department and Samuel Githinji – internal auditor, are accused of being compromised and survive on corrupt kick backs. Ngugi has gone full throttle to contravene Public Procurement and Disposal of Assets Act.

Sources say, recent audit by Societe Generale de Surveillance caught her off guard but it’s believed she lied to get certification that the institute had achieved 60 percent of the 2020/2021 work plan by March 2021 when on the ground 2019/2020 backlog work plan is still in bulk. When the bulls fight, it’s the grass that suffers.

Oppressed insiders are eagerly waiting for her exit. She lacks personal relationship skills and zero managerial skills which as a product led to downgrading of the institute by SRC.