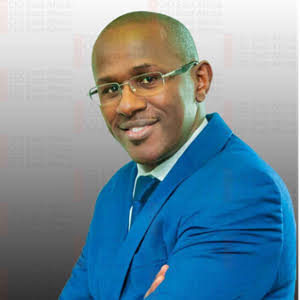 They say, “ Power attracts the worst and corrupts the best” for once I got convinced SASRA acting CEO Peter Njuguna is a perfect case study.

The recently appointed Sacco Societies Regulatory Authority acting CEO Peter Njunguna since taking over from John Mwaka in acting capacity is accused to be operating in total disregard of the senior staff and the board – absolutely drunk in power already.

He is said to have kept on bragging how he has managed to pocket some board members including the chairman, by making sure that they come to his office weekly. Meaning that they draw per diem and sitting allowances on a weekly basis to ensure that they will favour his confirmation for the position. A powerful position in such a financial industry.

Njunguna who was a manager in charge of the entire SACCO sub-sector’s supervision prior to his new role as the acting CEO. Pissed off staffs are citing that the current happenings at the agency are illegal, unethical and not sustainable.

They demand that the board should be ethical enough not to solicit for money from Njuguna given that there’s a budget cap.
They were forced to do a budget reallocations to accommodate the board’s worryingly growing appetite for swindling money.

Njuguna is said to have fashioned himself as a well-connected man and surprised many when he recently confessed how he uses a Kenya Power PS Eng. Joseph Njoroge to wire money to CS Peter Munya.

Before D-day of results of the recent CEO recruitment , he reportedly held a bid party to celebrate for the CEO’s position, fully confirmed that his purported money to CS Peter Munya has worked.

Related Content:  DP Ruto Fights To Save Weston Hotel From Set Demolition As KCB Panics Over It’s Involvement In The Money Laundering Saga

Those in the know say that the party was partially funded by rich Njuguna’s uncle who has business interest in mining industry. As Njuguna goes about his business , it’s evident that he has really tried to raise money to satisfy the board chairman.

Recently staff were ordered to do a report so that Njuguna could sack mwalimu Sacco board and CEO who refused to donate him money in kickback so as to be favored by his reign when he’s permanently confirmed in the CEO position. Those delegated to carry out the witch-hunt through negative report said recounted how they struggled to do such a report since the issues are historical yet they had to impress the boss let they equally get fired, demoted or transferred to other departments which are less lucrative.

‘We are hoping that someone would hear our cries but apparently it looks like we have no one to run to,’ one of the staff lamented. Njuguna’s uncle in question gives him money and where it’s not enough he will send the staff to harass Saccos so that he can be able to solicit funds from them as a way of securing their survival.

The CEO many times struggles to accommodate his demands and recently, he blatantly refused to pay a supplier who could not bribe him. The staff noted that they have an incompetent board which is highly compromised and a CS who is conflicted.

They noted that as staff and the SACCO movement , they are doomed now that Njuguna who is already sick from the big man syndrome is very sure and saying it loudly that by he will officially be announced as the CEO  come rain come sunshine.

Related Content:  Alarm Over Increased Deaths Of Staff At KNH

Corruption has been normalized in the regulatory office that Peter is aluta continua seemingly of his predecessor John Mwaka was linked to scandals rocking  the organization including misapropriation of funds. This had him relieved from his duties after acollecting a bribe from Imarika sacco. He was later reinstated and appointed as the acting CEO when SASRA was formed in 2008.

Mwaka later employed commissioner Mary Mungai’s son to the IT department since she had pushed for his appointment as CEO. Then Director Kinyua and Ms Mungai ensured that that Mwaka was appointed the CEO through the help of CS Adan Mohamed’s personal assistant. SASRA’s Human Resource manager, Boniface Musumbi and the procurement manager Diana Mwacharo who purchased property in a span of one year ensured that the CEO goes to 10 international trips a year to launder allowance.

Faces of Impunity At KiPPRA Exposed.

Asian Land Fraudsters In Kenya Nabbed By The Court.