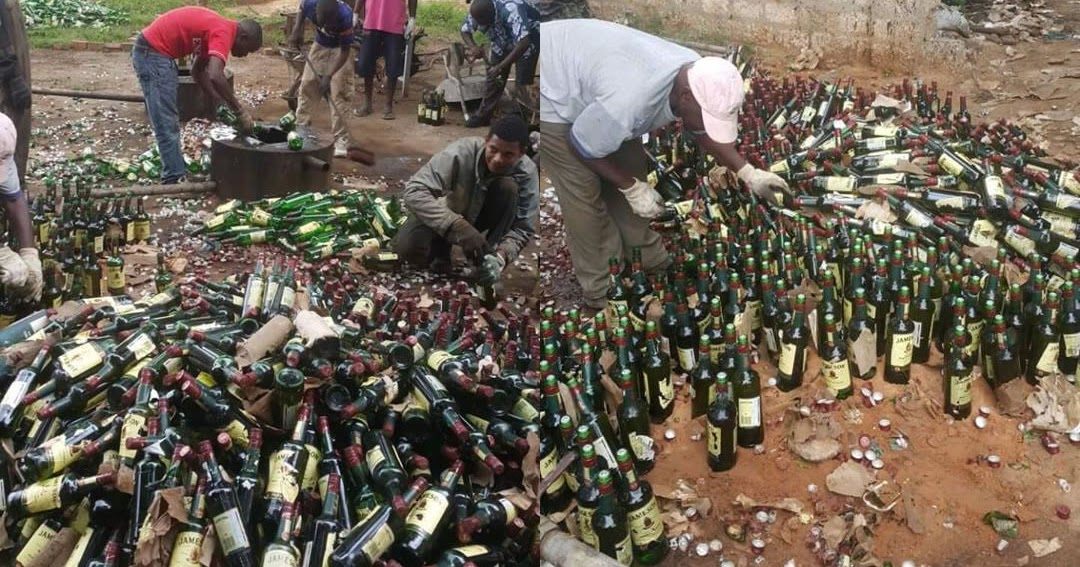 Social Media has been awash with disturbing pictures that seem to show a downtown illegal liquor manufacturing plant. Photos of Jameson bottles has caused serious waves with many convinced they’re from Kariobangi Lights Industries famed for making counterfeit products.

You really wouldn’t blame those who’ve believed this version since several crackdowns laid by authorities in the past have unearthed the sub-standard brewing plants making fake versions of the expensive liquor lacing them with toxic chemicals before passing them to unsuspecting consumers in high-end clubs.

However, turns out the photos doing rounds are not from Kariobangi but from Mombasa port where the Jameson representatives themselves conducted a legal destruction of a container containing the priced whisky after it slipped the cranes into the waters. As affirmed in their statement,  the destruction done under NEMA and KRA watch was just but a measure to ensure safety and quality to the consumers.

So really no need to panic at least from the clarification and enjoy your glass of Jameson in peace.

Tom Cholmondeley Dies In Nairobi, His Last Days Were Haunting