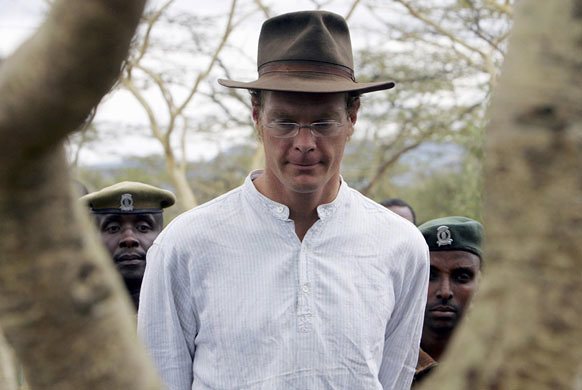 Tom, the son of the fifth Lord Delamere, died on Wednesday while receiving treatment at MP Shah Hospital. According to the hospital, Tom, 48, was checked in on Tuesday and died on Wednesday afternoon at 2.15pm as he recovered from hip replacement surgery at the facility. He was recuperating at the Intensive Care Unit when he developed cardiac arrest and died.

In his last days, Tom’s life was surrounded with controversies and nightmares arising from the killings that were traced to his hands. In April 2005, Mr Cholmondeley shot and killed a Kenya Wildlife Service game ranger Samson Ole Sisina at his expansive Soysambu Ranch, near Lake Naivasha.

The guard died in a hail of bullets also on the Delamere’s ranch as he was conducting an undercover investigation. The case collapsed for lack of evidence in June 2005, prompting noisy demonstrations around the fringes of the farm.

The British aristocrat was convicted in May 2009 of the manslaughter of Robert Njoya, an unemployed stonemason, after a judge found no evidence to sustain the original charge of murder. Mr Njoya, 37 the father of four boys, died in May 2006 after a bullet fired by Cholmondeley nicked an artery in his pelvis. He had been poaching for Impala gazelles on the 48,000 acre Rift Valley ranch owned by the 5th Baron Delamere, Cholmondeley’s father.

He was sent to Kamiti Maximum Security Prison and was released in October that year after serving only five months of the eight months for manslaughter. Living with the burden of such killings and the backlash from the general public who feel he was favoured by the justice system must have haunted him daily.

Related Content:  Deplorable; Kenya Airways Paying International Flight Attendants As Low As Sh35K Salary
Kenya Insights allows guest blogging, if you want to be published on Kenya’s most authoritative and accurate blog, have an expose, news TIPS, story angles, human interest stories, drop us an email on [email protected] or via Telegram
Related Topics:News
Up Next

Here’s The Truth About Jameson Whisky Made In Kariobangi