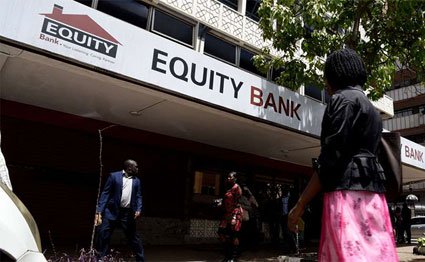 Kenya-based Equity Group and Rwanda’s Atlas Mara will review the terms of their deal in which the Equity was to acquire from the London-listed firm four banks in Rwanda, Zambia, Tanzania and Mozambique.

Acording to the initial plans, Atlas Mara was to be paid in the form of Equity shares amounting to a 6.72 percent stake with a current market value of Sh13.6 billion.

However, yesterday’s announcement indicated that they had not signed a binding agreement for undisclosed reasons. The parties also disclosed that their continued negotiations will likely result in a change of the deal terms.

“While there is no assurance that the potential transaction will be concluded on the terms previously announced, the parties continue to be engaged in discussions,” Atlas Mara said in a statement.

The parties didn’t disclose the hurdle that has blocked them from reaching an agreemen in the transaction that was announced in April last year and since then Equity’s prospects have brightened with the recent removal of lending rate controls.

Its share price has gained 32.5 percent since the deal was announcement to Sh54.2. The Atlas Mara banks, on the other hand, are making losses in aggregate.

According to parties with the knowledge about the deal, handing out the same number of shares would have seen Equity pay more in the deal that was initially priced at Sh10.6 billion.

For Atlas Mara, receiving Equity’s stock valued at the same Sh10.6 billion would have seen it take fewer shares because of a three-month market run-up.

According to disclosure by the multinationals, these banking units have a return on equity (RoE) of approximately two percent. Atlas Mara in previous discussions agreed to reduce the value of the four subsidiaries by Sh13 billion to reflect their weaker earnings.

Kenya Insights allows guest blogging, if you want to be published on Kenya’s most authoritative and accurate blog, have an expose, news TIPS, story angles, human interest stories, drop us an email on [email protected] or via Telegram
Related Topics:Atlas Maraequity bankKenyaRwanda
Up Next

Loss Making Sameer Africa To Lay Off Employees From February