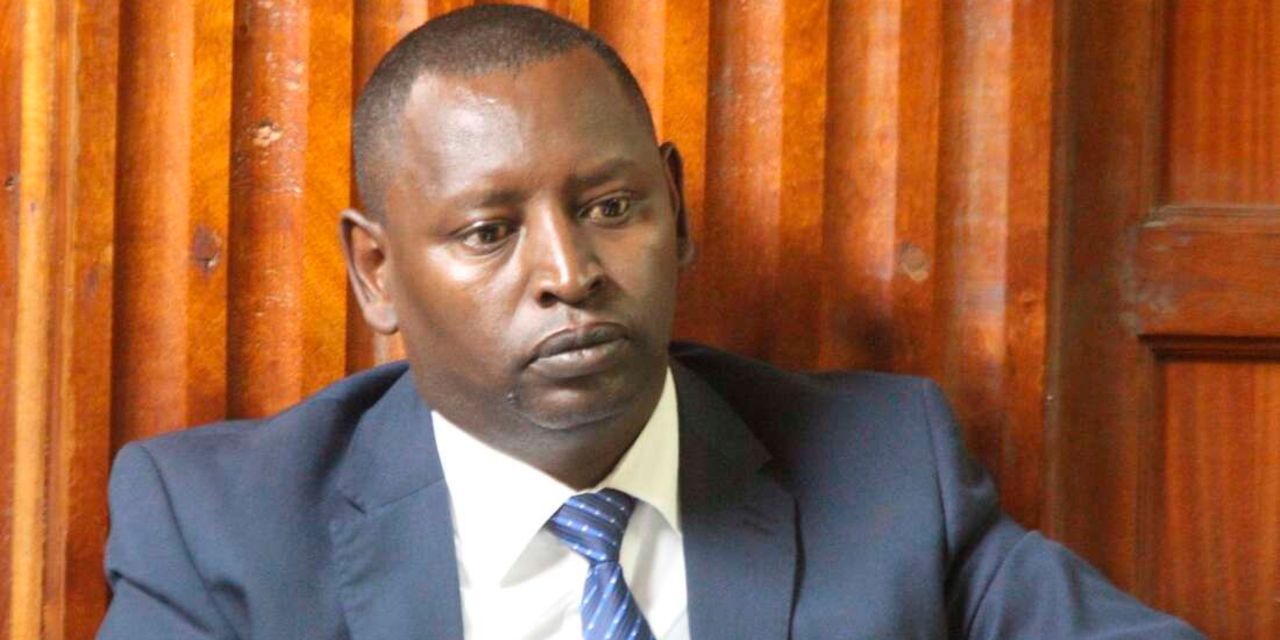 Samburu Governor Moses Lenolkulal is once again on the radar of the Ethics and Anti-Corruption Commission (EACC), which has asked him to explain the source of the wealth he has amassed since his election in March 2013.

The EACC wants the governor, who has an ongoing corruption case that saw him banned from office, to explain the source of unexplained assets totalling Sh661.2 million consisting of four pieces of land in Karen, Nairobi; luxury motor vehicles; personal bank accounts and M-Pesa deposits.

According to the commission, while the governor’s net salary for the period July 2013 to February 2019 was Sh42.3 million, he was able to acquire assets totalling Sh703.5 million, giving a net value of Sh661.2 million worth of assets whose acquisition the commission demands to know.

“The commission … reasonably suspected that you engaged in corruption and economic crime having unexplained assets,” the April 19 letter states. The governor is required to respond to the letter by May 3, 2021, when the 14 days he was given elapse.

“You are hereby afforded a reasonable opportunity to explain in writing the disproportion between the assets concerned and your known legitimate sources of income within 14 days of receipt of this notice,” EACC CEO Twalib Mbarak says in the letter.

The EACC wants the governor to supply it with information regarding the source of various money deposits and transfers; the cost of acquisition of the properties; supporting documents, including sale agreements, transfer documents, lease agreements and bank receipts for payments of every property; and dates and development costs of the buildings and other structures erected on the properties.

Related Content:  How 10 Liquor Companies In Kenya Are Evading Tax.

The commission also wants the governor to state particulars of his income, including from farming, rentals, businesses and investments.

But, speaking to the Sunday Nation, Mr Lenolkulal accused EACC of malice. He said the subject of the EACC letter is already in court as Civil Suit No. 21 of 2019, in which the commission has instituted recovery proceedings on assets whose source it suspects is through corruption.

“I think this is unfair. This is an issue in court and I consider it sub judice,” Mr Lenolkulal said.

On the properties in Karen, the EACC says that the governor acquired four pieces of land each measuring 0.4994 acres and all valued at Sh148.5 million on the same day on April 21, 2014. The governor is alleged to have made a payment of Sh60 million on that day.

In response, Mr Lenolkulal told the Sunday Nation that the properties in question were purchased through a mortgage facility which he is currently servicing.

“I picked a substantive mortgage from the county government that I am still paying for the next 20 years. This was not considered in these allegations,” he said.

According to the governor, through the mortgage facility, his salary and rental income, he is able to afford the properties in Karen.

The EACC also says that the governor purchased two luxury motor vehicles, a Mercedes Sports CGI and Toyota Landcruiser Prado, in July 2015 and July 2016, respectively, both valued at Sh19 million, which translates to about 45 per cent of his net salary over the period of review.

But Mr Lenolkulal denies the values the EACC has attached to the motor vehicles. He says that he traded in some of his old cars and then topped up to acquire the two vehicles. “So it is not entirely true that what they have put here is the net value. There is still some trade-in value that they have not factored in,” he said.

Again, the governor denies the allegations of siphoning county funds. He says the matter of his account details is already in court. Even then, he says that Oryx Petrol Station, which is alleged to be his, was transferred to a Mr Hesbon Wachira in 2013.

“I have been audited by Kenya Revenue Authority and they have given me a clean bill of health. I am tax compliant and there is no trace of county money that has gone into my account,” he says.

Mr Lenolkulal has been battling corruption charges against him since April 2019, when he was arrested on allegations of abuse of office and conflict of interest leading to the loss of Sh84.6 million public funds

The Director of Public Prosecutions Noordin Haji at the time said that investigations had established that the governor was trading with the county government through Oryx Service Station for the supply of fuel since March 2013. The DPP alleged that Oryx Service Station received a total of Sh84 million from the Samburu County Government during the review period, and that the money was shared between Mr Lenolkulal and Mr Wachira.