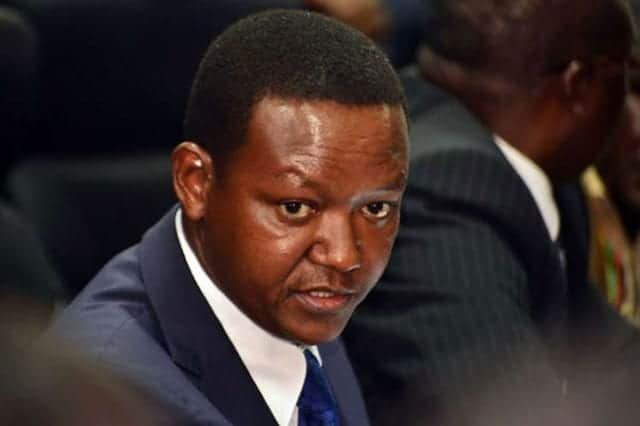 The Auditor General Nancy Gathungu has unearthed how Machakos County officials misappropriated Sh425 million that was allocated for Covid-19 response in March 2020.

The rogue officials cooked up a scheme which they termed as health staff lunch allowances to loot the public funds meant for combating covid-19.

The scheme saw some 74 ghost healthcare workers getting Sh542,500 as lunch allowances. None of the ‘workers’ is registered with Machakos county human resource master data but were found to be close relatives to Governor Alfred Mutua’s men who plotted the  scheme. 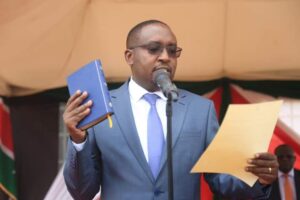 Machakos county health CEC Ancent Kituku is one of the beneficiaries who was overpaid with Sh47,000, Lucas Mwove was paid Sh31, 500 while Jackson Muthini, Naomi Mutie, Morris Aluanga, and Robert Maitha who are also staffers in Machakos were underpaid.

County’s records, however, show that 526 people were paid allowances totaling Sh1.9 million but the payments schedule is missing.

In his usual PR stunts, Governor Alfred Mutua confronted his chief driver was fronted by in a move aimed at distancing himself from the scandal involving his officers.

There were also duplicate payment of allowances made to four staff members with the double payment costing Sh120,000. The rogue officers implicated in the duplicate payments include Muia David  Mutunga Regina,  Mbatha Martin and Musau Michael Musyoka. Musyoka and Muia spent their loot in buying expensive suits.

Some two ward administrators who were also implicated in the scandal were found to have used the same phone number registered in the name of one Festus and Michael Mutuku.

Corruption has crippled many projects in Machakos including 2019 when Ethics and Anti-Corruption Commission raided county offices to probe the twin dam scandal involving the outspoken flamboyant governor.

EACC detectives were investigating the Sh89 million deal for the de-silting of Marumba dam and another Sh50 million that came from the Danish International Development Agency.

The detectives were found that no work had commenced by 2019 while the Sh89 million contract was awarded to Waki Clearing and Forwarding Agents on January 5, 2016.

Kenya Insights allows guest blogging, if you want to be published on Kenya’s most authoritative and accurate blog, have an expose, news TIPS, story angles, human interest stories, drop us an email on [email protected] or via Telegram
Related Topics:Dr Alfred Mutualooting in Machakos countyMachakos county health CEC Ancent Kituku
Up Next