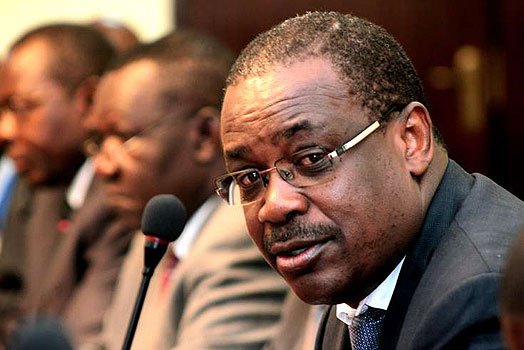 Detectives from the Ethics and Anti-Corruption Commission (EACC) have unearthed a paper trail of how the former Nairobi governor Dr. Evans Kidero swindled money from City Hall and used in refurbishing his luxurious apartments in Nairobi’s Riverside Drive.

Kidero used fake legal contracts to loot from City Hall using his former chief of staff, one George Wainaina who sent him money through a company identified as Cups Limited.

The embattled governor received money from Wainaina’s firm on January 14 2014 and a day later, the ex-governor transferred his share of Sh14.4 million to Virji Meghji who built his Gem Suites Riverside apartments. The luxurious apartments attract a monthly rent of Sh540,000.

EACC is now seeking to recover the Sh14.4 million from Kidero as it aims to seize one of the apartments to be held in trust on behalf of the county government of Nairobi.

“In the alternative and without prejudice, a declaration that the plaintiff (EACC) is entitled to trace the aforesaid amount… into serviced apartments (known as Gem Apartments) on land parcel known as LR. No 205/46 within Riverside Area, in Nairobi County and that the 1st defendant holds the property in trust for the county government of Nairobi,”  EACC documents filed in court read.

Nairobi County lost Sh58.8 million in the looting spree where monies were wired to 10 individuals who are now under the radar of the EACC that wants a refund or seizure of their assets including plots and high-end cars. 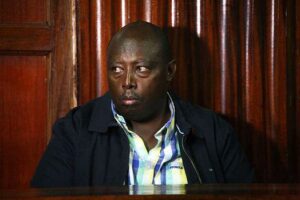 George Wainaina, Kidero’s former chief of staff who was part of the looting scheme [p/courtesy]

Dr Kidero and his looting gang used a law firm, Wachira Mburu Mwangi & Company Advocates to represent City Hall in the case and later used the same law firm to demand millions from City Hall in the name of  legal fees.

Documents filed in court confirmed that Sh58 million was paid to late Stephen Mburu the managing partner of the law firm who retained Sh11.5 million then wired to Sh15 million to Cups Ltd and Sh7 million to John Ndirangu Kariuki.

Wainaina’s Cups Ltd then sent Sh14.4 million to Kidero who paid later Mr Meghji the same amount to upgrade his apartments. Mr. Wainaina claimed to have sent the money to Kidero to buy a Toyota Lexus but EACC detectives have learnt that the car belongs to Kidero.

“The legal fee claim was a fraudulent scheme set to defraud the county government of Nairobi as the said fee claim was founded on false claim, by a non-existent company and intentionally filed by an unqualified person with the intention of rendering the suit incompetent,” the EACC said in a statement.

Dr Kidero is a big man in the real estate business who boasts of well-off tenants such as staffers of the United States embassies, the United Kingdom, Sweden, and expatriates. He owns land and buildings in Nairobi estimated to be worth over  Sh9 billion.

Kenya Insights allows guest blogging, if you want to be published on Kenya’s most authoritative and accurate blog, have an expose, news TIPS, story angles, human interest stories, drop us an email on [email protected] or via Telegram
Related Topics:Dr Evans KideroEACCKidero scandalsLooting at the City Hall
Up Next