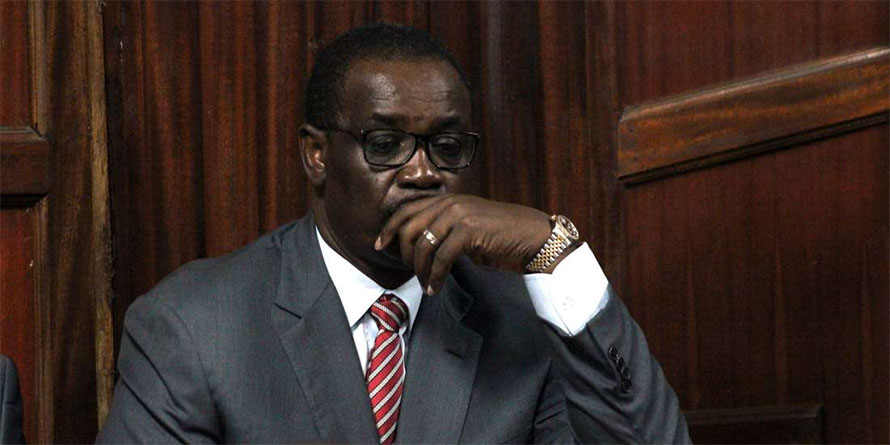 A judge on Thursday cleared the way for the anti-graft agency to search the homes and offices of former Nairobi Governor Evans Kidero for unexplained wealth estimated at Sh9 billion.

Justice Mumbi Ngugi Thursday ruled that the search warrants issued Dr Kidero in September 2018 did not breach the law.

The former governor had challenged the order obtained by the Ethics and Anti-Corruption Commission (EACC), saying that it was vague, overboard and open-ended, and that the agency was on a fishing expedition.

The former governor and his wife, Susan Mboya, had accused the EACC of infringing on their right to privacy among other violations.

Dr Kidero also said EACC had published a list of 58 properties, some registered in the names of his children and purchased before he joined Mumias Sugar Company and later joined politics.

“In my view, there was no violation of the second petitioner’s (Dr Mboya) rights in the search mounted on the residential premises in which she and 1st petitioner (Dr Kidero) reside,” Justice Ngugi said.

The search was conducted at Dr Kidero’s homes in Muthaiga and Kisumu as well as offices in Westlands.

The judge said the warrant authorised EACC to investigate unexplained assets owned by Dr Kidero and such investigation must require assessment of the value of the properties in questions.

Dr Mboya had claimed that the EACC violated her right by raiding her home at 4am yet her only connection was marriage to Dr Kidero.

But the judge dismissed the argument, stating “While the rights of women, whether within marriage or outside must be jealousy safeguarded, it has to be acknowledged that there can be complicit, wittingly or otherwise, in the concealment of corruptly acquired assets,” she said.

The judge said investigation of their assets in such circumstances was in public interest and cannot be deemed as violation of her rights.

“As the petitioners concede, the EACC is empowered, in its investigations, to trace assets by a person. In doing so, it is empowered to pursue property held by relatives of the persons, or by associates of such person,” the judge said.

EACC had obtained orders to search for account opening documents, statements, cheques, deposit slips, telegraphic money transfers, and client instructions in respect to their bank accounts. Dr Kidero had defended his properties, saying he was a man of decent means and had accumulated his wealth over the years since his first employment in 1983.

The anti-graft body said Dr Kidero received millions held in several accounts and acquired properties in Nairobi during his tenure at Mumias and later as the Governor of Nairobi.

EACC, through the director of legal Services David Too, said investigations so far showed that Dr Kidero had properties and assets with a value of over Sh9 billion. Dr Kidero also has a total of 11 motor vehicles, it says.

The agency believes that Dr Kidero colluded to fraudulently transfer funds to personal accounts during his tenure at Mumias Sugar Company and Nairobi City County, said EACC through an affidavit by Ms Abdi Umar.

Dr Kidero had stated that 15 of the 75 properties the EACC has linked him to are owned by other individuals.

While he admits owning 60 of the properties EACC listed as his, the former governor argues that the property is worth Sh563.9 million and not Sh9 billion as the agency claims.

EACC raided Dr Kidero’s properties, establishments and companies associated with him, and the former governor said his tenants, occupants as well as patrons were harassed and intimidated. Some of them, he added had threatened to terminate their tenancy.

Some of the companies named in the case include Gem Investments, Gem Apartments, Gem Suites, Orro Ltd and Argenti Ltd.-Business Daily.