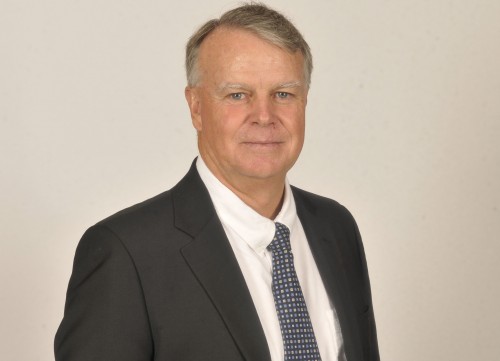 Kenya Insights has received complaints from parents of sister schools Crawford International and Makini Schools which are both owned by a South African firm, ADvTECH, a private education group.

We’ve weighed on both cases and the complaints are synonymous with the firm’s management taking the punches for being too dismissive and not listening to parents who’re part of the school.

Frustrated parents have reached to this writer in a bid to raise the matter as they’ve managed to compromise the mainstream media from highlighting their plights and fear that the schools could sink with their money.

Crawford School sits in Kiambu’s Tatu City. It has its set of troubles between the management and parents and this will come later.

Parents of Makini Schools in Nairobi are a worried lot given the precarious state of affairs at the institution under the leadership of South African investor Advtech.

That Makini has enjoyed a rich education legacy in Kenya spanning 40 years cannot be gainsaid.

As an academic giant, the school has produced top students in the Kenya Certificate of Primary Education (KCPE) over the years.

Admired by Kenya’s middle and upper classes and some foreign expatriates for its discipline and as one of the few upmarket schools that offer the 8-4-4 system, the Makini brand has grown exponentially to the envy of its competitors.

In the recent past, however, the institution has been embroiled in vicious take-over wars, acute leadership gaps, a cavalier attitude of new managers and a gradual shift of focus from academic excellence to profiteering, at whatever cost.

So bad is the state of affairs at the school that the new owners, Johannesburg Stock Exchange (JSE) listed Advtech, have deployed a propaganda machinery to cover up serious financial shortcomings in their home country.

The big question among parents is: Who will come to their rescue if the foreigners vanish?

A summary of the genesis of Makini’s troubles is in order. All seemed well until May, 2018, when the original owners sold the school to a UK company—Scholes Ltd—with little information to the parents.

Between late 2019 and early this year, the Scholes, apparently unable to run the school, sold it to Advtech. So, in less than two years the school ownership has changed hands three times.

As worrisome as the change of management has been within this short period, parents are intrigued by calibre and high turnover of the top leadership of the school.

A quick online search on the qualifications of the executive director, Martin Sharman, shows he has a wealth of experience in retail sales and zero experience in education matters.

The communication director, Katya Nyangi, lacks the requisite professional qualifications in either communications, education or any relevant field and was previously supporting the previous owners with domestic errands.

Sharma and  Nyangi, who are employees of Scholes and Makini, have single-handedly been running the show and issuing incongruent instructions with no regard to school heads, the new owners (Advtech) or parents’ concerns. 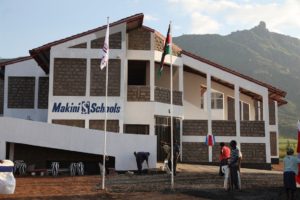 Currently the school is going through a serious crisis. Different levels of managers are making decisions, issuing contrasting instructions and pulling in different directions at the instigation of Advtech, Scholes (who never exited the scene) and Makini Schools. Interestingly, all the owners and top managers – Advtech and Scholes, including Mr Sharma— operate from outside the country.

While the new owners are completely unknown to the parents, their financial standing and attitude towards parents raises more questions than answers.

As of June 2019, Advtech was rated as highly indebted where its liabilities outweighed it assets by more than Sh36 billion.

An article by the Wall Street Journal on Advtech’s balance sheet gives a stern warning that its debt obligations pose grave risks to its business.

These fears over indebtedness have created an aura of pessimism and doubt among parents on Advtech’s capacity to run the school.

Aware of its financial standing, the company recently rolled out an e-learning programme at school in the guise that it was free only for them to force parents to pay for it.

Makini’s e-learning is the epitome of an “off-plan learning” model where parents are forced to pay Term Two (May –August) fees now, with a promise to give a proper education once actual learning resumes.

Although, and in good faith, parents accepted Makini’s offer, they fear the faceless Advtech with their debts could run away with their money which averages about Sh1 billion a year.

The parents are aware of pyramid schemes orchestrated by crafty and broke foreign companies such as CMC Di Ravenna that was contracted to construct the Kimwarer and Arror dams only for this to turn out to be a pyramid scheme.

Makini parents are not ready to be part of the statistics.

Efforts by the Parents to ameliorate the situation at the institution with the new owners has been futile and obstinately rejected.

In their latest communications the company stated that it has no obligation to take into account parents’ concerns when levying new charges and that their decision was final.

The dispute over second term fees at Makini School had also been intensified last month after the parents’ association committee asked members to withhold payments for e-learning.

The parents-teachers association (PTA) committee had rejected demand for fees citing earlier reassurances by the private school that e-learning lessons would be provided to the pupils for free. 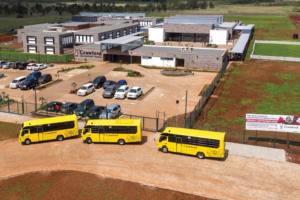 “Indeed, the school management has proceeded to unlawfully bill the parents for Term 2, 2020 much as the Ministry of Education has not promulgated the calendar dates for Term 2. This exhibits lack of sincerity, trust and truthfulness on their part. The school management has also obstinately continued to disregard the concerns raised by parents,” the PTA committee chairman, Nixon Bugo, said in an advisory to parents dated May 22.

“In lieu of the foregoing, we strongly urge all our parents to continue being guided accordingly by the resolutions of the PTA of May 13. Kindly also note that the PTA shall keep you informed /updated on the next course of action as guided by the concerns and input from parents.”

On the other side at Crawford, it’s the same problems only on a different soil. The school is currently embroiled in a fierce legal battle with the parents in fee tussle. According to parents talking to Kenya Insights, the court was their last resort after the management arrogantly dismissed them off over request to minimize the fee. Despite the coronavirus pandemic that has affected all sectors with over one million left jobless in Kenya, Advtech gave the parents a blind eye and that’s how the matter ended in court.

With similar cases as with Makini, in court, there have been controversies surrounding the handling of the case with a private law firm (which consults for other private schools) was caught to be advising the AG office on how to handle the Crawford parents. A case which has sparked fears over the independence of the Attorney General’s office.

We’ve also been told of allegations of racial discrimination at Crawford. However, there has been illegal and unceremonious dismissal of staff. We managed to talk to some of the staff who were dismissed without valid reasons only citing the common excuse of coronavirus.

Poor services in government schools has opened doors for capitalists like Advtech no wonder they can run things as they wish. The company also owns multiple differentiated brands, including the well-known Abbotts College, Varsity College, Rosebank College, Trinity House and Crawford schools. They’ve also invested in Zambia where they own the university of Africa and are also expanding to Uganda where they target the upper middle class. It has however been struggling to maintain a stable position in the market.

Kidero Loses Battle To EACC Over His Sh9B Unexplained Wealth