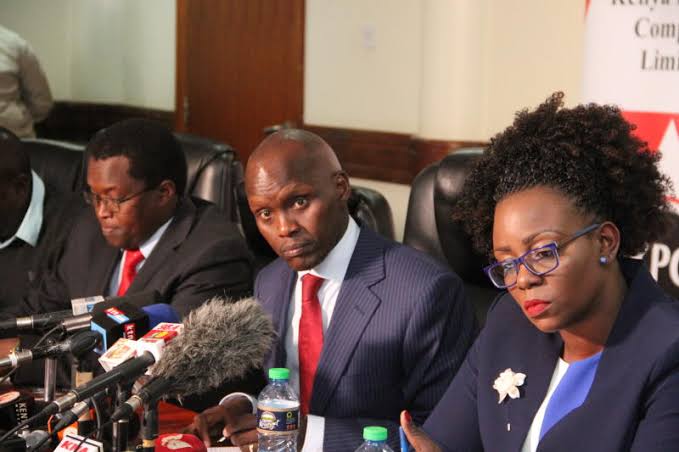 For days now, this site has dedicated time to expose an elaborate theft scheme at KPC where Oil Marketing Companies have been fleecing the companies billions in what has been approved as fake oil spillage claims for compensation from the insurance companies.

We’ve done extensive expose on this scam there’s nothing much left to be added since the DCI themselves have the details of the investigation report that themselves have conducted.

The report that details how these OMCs lias With KPC staff to steal billions from the company in a fraud scheme that has been linked to KPC’s top brass is right with the CS Petroleum and Mining John Munyes. With full knowledge of the theft, the CS has opted to push the report under the carpet with allegations pointing fingers at him as a beneficiary of the wider scheme.

The company’s board is yet another body that’s proving to be sterile, there’s no justification as to why they should retain the current management which has become synonymous with corruption an ugly fave of the company. It’s unconvincing for instance why the board is entertaining a now renowned charlatan and proven crook, a master of corruption the MD Joe Sang who’s at the helm of all these scandals. Board has the mandate to fire and clean that office not unless they’re complicit or compromised. 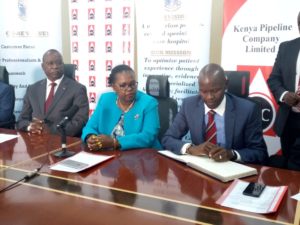 Theres no reason as to why DPP Noordin is taking his sweet time to prosecute multi billion scandals that have surrounded KPC. One wonders if there’s political interferences in the KPC cases especially with the allegations that a top known corrupt jubilee executive drove himself to rescue Joe Sang who had been detained and questioned over multiple tender scams at the DCI.

Is KPC corruption that stops the reggae? Question to our trusted DPP. We’ve done our part as active citizens by exposing a multi billion oil spillage scam, you have the files and power, let’s see action and few words. And just as a reminder, the following must not escape the wheels of justice. We want to see them behind bars and in court over this Petroleum spillage Scam and other frauds they’ve involved in, as per the investigation report these are the masterminds;

It is my belief that the president is not a master of double standards and willing to crack the whip on corruption as it has been. It’s my belief too that the President is aware of mega corruption at KPC so he can’t keep his head the other way. We want to see successful crackdown and prosecutions on the long list of cases at KPC. More importantly, we want all public wealth stolen to be recovered. We pass the ball over to the DCI and ODPP to disapprove accusations that due to political interferences, they’ve been compromised and that KPC thieves are sacred cows.