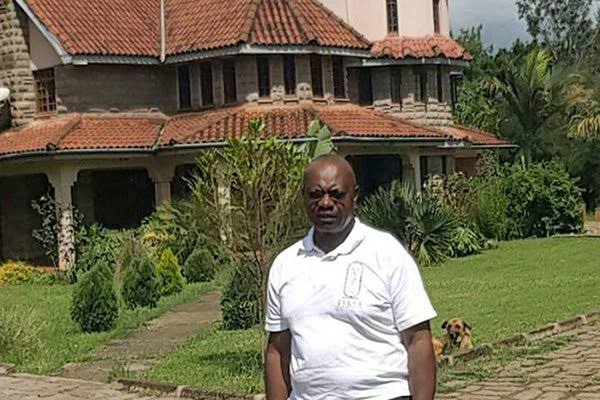 While most NYS suspects didn’t see it coming, Bernard Masiga Ayienga saw it all coming and hurriedly sought the courts protection on imminent arrest by seeking anticipatory bail.

The High Court declined to block the arrest over his links to the Sh9 billion National Youth Service (NYS) scandal.

Bernard Masiga – a senior Finance officer at the Ministry of Youth and Gender Affairs, and James Thuita – a director at Firstling Suppliers, had approached the High Court seeking for an anticipatory bail to evade arrest and possible prosecution.

However, Justice Ngenye Macharia of the Criminal Division at Milimani law court on said that their application lacked merit.

Perhaps what’s amusing about Ayienga is the type of life he lives. Considering he belongs to a job group where people earn between 81,940 to 109,800, it’s quite impossible to know how he manages to afford the expensive trips and palatial homes he displayed  on his social media which partly sold him out and quickly deleted when his cover was blown.

A look at his Facebook wall then showed you Ayienga is no ordinary man. He spends his holidays in London, Malaysia Canada, South Africa and DC just to name a few. He also has lavish houses in the country, houses that a man in his salary bracket would probably take years to acquire.

Whats more amusing is how his reaction to the investigations was. In his anticipatory bail application, a panicked Masiga told the court that the DCI had called upon to record a statement at their headquarter in Kiambu and that later on 27th April, 2018 he was detained for three hours at the Jomo Kenyatta International Airport, JKIA while traveling to Uganda.

Further, that on his way back into the country on 29th April, 2018 he was again detained and was only released after his wife executed a personal bond of Kshs. 1,000,000/-. That he was never informed of the reasons for his detention. That upon his release his passport and identification documents were confiscated and he had to collect them the following day at the Immigration Headquarters where they were released without reasons for his detention being disclosed to him.

While Masiga attempted to pin his detention to the DCI, his allegations were dismissed due to inconsistencies with court convinced that it was only linked to normal immigration procedures. In pushing further to bar his arrest, Masiga told the court that he deposes that bail is warranted because of his poor health. He stated that he suffers from a heart condition for which he underwent a surgery and which negatively affected his blood pressure. That he was on blood pressure and blood thinning drugs on a permanent basis. He stated that if he was detained in custody, his health would be compromised. It was all dismissed.

What would then follow was the arrest since the DCI had taken statements and flagged him and the ODPP gave his world that Masiga was on his arrest and prosecutions list.

For the man who controlled the finances when almost Sh10B of public money was stolen, it still doesn’t make an sense how he never got arrested and prosecuted. His lifestyle betrayed him and do did his reflex actions in stopping arrests clear symptoms of guilt.

Masiga’s case is one of the most prominent that have been buried or rather given a mercy death, it’s not clear how the man at the heart of controlling finances that were stolen managed to walk away without a scratch and while the PS spent days in the cold and court, Bernard enjoyed the warmth of his luxurious home. Perhaps it can only be attributed to his connections in the power circles or maybe compromised investigators to pour cold water on his case.

Here’s one case that I don’t think should get out of the way and a culture of forget and move on that we can’t afford to let continue, like I asked on the previous post, I’m reaching out to the DCI and ODPP to give us the progress on this case. What irksome is the levels of destruction on the youths lives the NYS theft has caused. While many languish in poverty, some thrive and dance on the proceeds of wealth on high places. We shall not remove our eyes off this case until we find the relevant answers. Got a story or a tip? Write to me ([email protected])

Jet Fuel Sold As Kerosene; Details On How Oil Managing Companies Work With KPC Staff Including MD Sang To Steal Billions From The Company