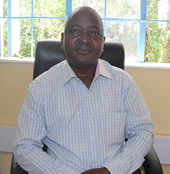 Nzoia Water made an advertisement for open positions of Managing Director and Head of Internal Audit and Risk Management in daily nation dated October 23,2018 page 18 under anonymous company in western Kenya.

The following non conformities were noted which do not either conform with industry practices and approved operational HR Manual of the company as per the attached Advertisement:

1. The advertisement was only mentioning a leading water company in Western Kenya,excluding Kitale which falls in Rift Valley. Does it mean Kitale has separated from Bungoma and they have formed their own company? If not what is the effect of these on long term relationship with Trans-nzoia County?
2. The advertisement of MD’s position failed to meet the minimum threshold as per legal notice no.137 of 2012 which requires inviting the prospective candidates to have Masters Degree and registered members of respective bodies e.g  for Engineers should be registered with Engineers Registration Board(ERB) OR Institute of Engineers of Kenya ( IEK) and not Institute of Engineering Technicians (IET)  meant for Technicians who are lower cadre staff of the company. 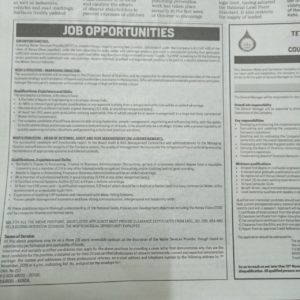 The advertisement as it appeared on the dailies.

3. The requirements of chapter six was not observed in the advertisement which requires the prospective applicants to submit their chapter six compliance during the application as it forms part of shortlisting process and not to produce them during the interview.
4. The last advertisement through daily Nation were received without matching list from them,which resulted in most candidates who had applied not being shortlisted as their applications never reached the company’s offices. There’s no surety that the process will not be compromised in favour of specific candidates?
5. The Ag. Managing Director has failed to implement the inspection report by WASREB.(According to workers petition)
6. The advertisement should have been made either through the consultant or in the company’s name for it to attract competitive qualified candidates and not the way it is hidden as it is aimed to prevent competition and thus attract less applicants.
7. Therefore ,the recruitment process be stopped and the position be re-advertised in line with the above requirements.
Kenya Insights allows guest blogging, if you want to be published on Kenya’s most authoritative and accurate blog, have an expose, news TIPS, story angles, human interest stories, drop us an email on [email protected] or via Telegram
Related Content:  NAIROBI CLUB CONTROVERSY EXPOSES ROT AT THE EXCLUSIVE MEMBERS CLUB
Related Topics:
Up Next