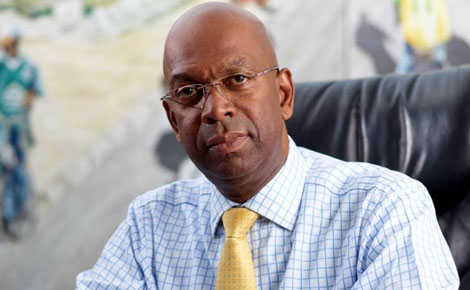 As the Chief Editor of this site pens down this article, He MUST confirm that things have been thick as Kenya’s Biggest Telcom- Safaricom.

It looks like Vodafone is worried about the many cases of Fraud and Impunity within Kenya’s Jagganult- Safaricom. Sometimes in February, Vodafone and Serious Fraud Officials Raided Safaricom house to check many things among them rising fraud cases within the Company and the healthy of the company.

Vodafone is seriously worried about all these bad things about Safaricom, where they hold a 40% Stake. The Serious Fraud Office Officials also visited the DCIO Headquarters to inquire about many accusations of illegal tapping of calls by Safaricom and aiding in disappearances of various Individuals. Safaricom has been mentioned in many reports the latest being the Privacy International Report that has thrown shade into Safaricom’s Role in aiding enforced disappearances and murder.

Safaricom CEO Bob Collymore. Despite being Ordered to Clear All Pending Matters by Vodafone and Serious Fraud Office, His Ego has prevented him from doing so.

A source from CID headquarters confirmed the Visit by Serious Fraud Office Officials who are also following up on the Safaricom Fraud cases that are all over including a Popular Case where a Safaricom manager a Mr. Mjomba was arraigned in court for stealing phones worth 69 Million Shillings. It is Feared Mjomba was not acting alone since it is a cartel comprising of senior Safaricom managers.

Bob Collymore has been ordered by Vodafone and Serious Fraud Office to explain and clear all Pending Matters that have put the telco under the Spotlight. That includes all Intimidation Cases Bob Collymore has taken to court to silence critics.

For the Last Two weeks, Bob Collymore has been Begging Njeru of Transcend Media to drop some case he had reported to Vodafone and the police, but things are not working out very well.

Many Letters have been written to Vodafone, from People who lost unfairly in Safaricom Single Sourced Tenders to Bloggers Like Nyakundi who have been sued and Bullied by Safaricom, the Tranche of Letters to the Mother Company has been worrying.

​The Safaricom Manager who was Arraigned in court for stealing Phones. This is one of the cases that Vodafone and Serious Fraud Office Raided Safaricom headquarters to investigate.

Bob Collymore, who seems to be out of touch with reality is a man under siege. The reality is that he has lost all the love from Vodafone, that will not renew his contract, the editor of this site can authoritatively confirm.

Bob Collymore, A UK citizen, risks jail term over fraud under the UK Laws. Those who read the Safaricom KPMG Report can attest to the Rot in Safaricom where the words like Single sourced appear on every page.

Revealed How The Government Spies On Kenyans Phones, Capture And Kill Targets And Why Safaricom Is A Helpful Hand