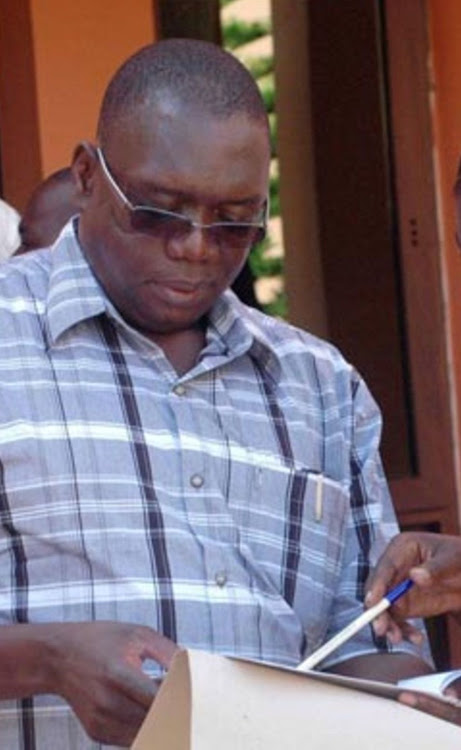 Mr Antipas Nyanjwa, the National Lands Commission (NLC) Deputy Director of Investigations who collapsed and died on Monday, had reportedly told his friends and colleagues that he was fearing for his life.

The forensic handwriting and document expert was having lunch at Soiree Gardens Restaurant along Ngong Road, Nairobi, before he suddenly developed breathing difficulties and started convulsing.

He was together with two other men who on noticing the sudden deterioration of his health informed the restaurant’s management. He was rushed to the nearby Coptic Hospital but was declared dead on arrival.

A post-mortem is set to be conducted on his body today (Thursday) to ascertain the cause of death but his friends say he had just recovered from Covid-19 and resumed work. What is intriguing about his death, however, are the troubles he was facing concerning his investigative work at the NLC.

Those who know him say he was a troubled man in the months leading to his sudden death.

Mr Nyanjwa, a detective with 25 years’ experience who began his career at the Directorate of Criminal Investigations in 1996, joined NLC in 2018.

Before that, the master’s degree holder in criminology and forensic from the University of Sagar, India, and arguably Kenya’s best document examiner, was heavily involved in the International Criminal Tribunal on 1994 Rwanda genocide.

His expert analysis of the handwritings of documents containing orders by two of the masterminds of the genocide was relied on in convicting Aloys Ntabakuze and Theoneste Bagasora. The two are currently serving 35 years in prison.

After assisting to nail Ntabakuze and Bagasora, Mr Nyanjwa resumed his role at the DCI where he rose to be the chief document examiner.

He also taught document examination at the DCI Academy in South B, Nairobi. He then retreated to private practice as a security consultant where he his expertise helped to expose land cartels in several high-profile cases.

He was, however, hired by NLC in 2018 to assist in cleaning up the mess at the land registry and investigate land cartels.

At that time, the government had been forced to freeze the renewal of land leases as it sought to seal loopholes.

The Deputy Director of Investigations had been tasked to curtail the forgery of title deeds, a key component of the mess on land ownership in the country.

His troubles are said to have begun sometime last year when he is said to have stumbled on some vicious cartels.

The Nation understands that the situation got so bad that he was abruptly transferred to Homa Bay from Ardhi House, a transfer that he appealed.

He lost his appeal three weeks ago after commissioners at NLC insisted he had to leave Ardhi House.

“Further to your transfer to Homa Bay county vide letter dated 20th July 2020 and your appeal dated 28th July 2020, I am writing to notify you that the matter was deliberated by the commission during its 81st sitting that was held on 25th and 29th March 2021,” reads a letter sent to Mr Nyanjwa by acting NLC secretary Kabale Tache on April 7.

“He had told us to give him a good burial in case something happened to him,” one of his colleagues told the Nation.

While it is not known what might have killed him, detectives from the DCI Kilimani Division, who have taken up the matter, are pursuing all possible angles — including his investigative work at NLC.

His death comes just a month after another senior official at NLC, former Director of Communications Jennifer Wambua was also murdered in unclear circumstances.

Ms Wambua left her workplace on March 12 and it was the last time she was seen alive.

Her body was discovered in a thicket the next day at Kerarapon in Ngong, Kajiado County. The DCI is currently holding three suspects in relation to the murder. They will be presented in court on Friday morning.