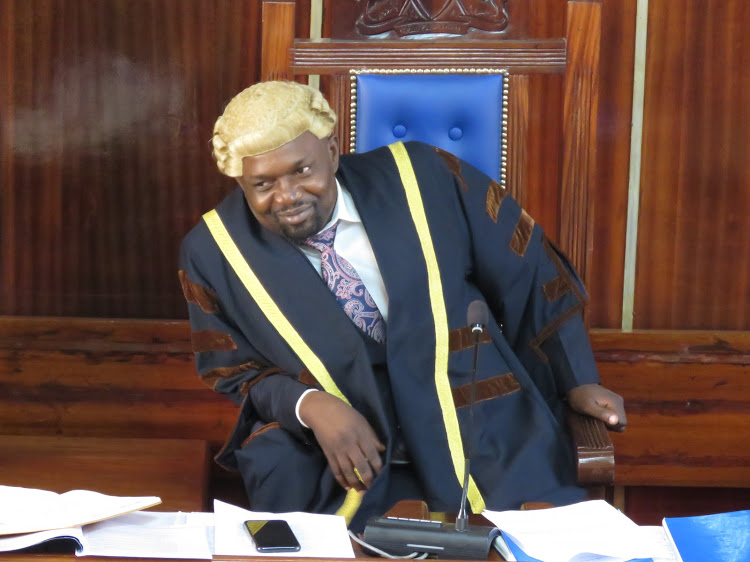 Siaya County Assembly Speaker George Okode is leading a ring of cartels that is siphoning public funds through dubious procurement deals with the assembly. Okode tightened his looting games after the court reinstated Felix Olwero as the county assembly clerk-a move that exposed the real struggle to control the county coffers.

Olwero was suspended in March 2019 after he irregularly allocated himself Sh2 million car loan in 2015 and was quickly replaced by Eric Ogenga who has been holding the position in acting capacity for two years.

But Ogenga is the speaker’s first cousin who was only planted in the position to facilitate Okode’s looting schemes and to keep Olwero at bay as 2022 fast approaches.

The corrupt speaker has also managed to pocket a good number of MCAs  who are fed on  per diems. Okode has also penetrated into operations of the county assembly service board which cannot make decisions without his authority. He also ensured that Siaya county’s board vice chairman Maurice Aringo brought in Mr Nyangidi who is his close relative to take charge as the senior internal auditor and cover up their dirty deals. 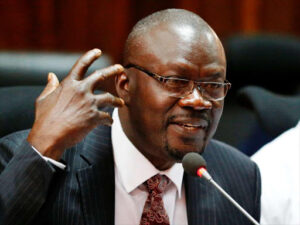 Speaker Okode is using Nyangidi to fight Olwero after it emerged that Nyangidi wrote a damning audit report on him (Olwero) just two months after being planted in the office. Nyangidi who is now presiding over dubious transactions of millions took over from David Okumu who was promoted to the rank of director of finance.

Okode’s cartel is known for minting millions through exaggerated budget funds, legal services and through purchase of Hansard equipment. He has been using Ogenga (acting clerk) to siphon county funds for his selfish gains and to handle the MCAs through fictitious meetings which are organised to justify allowances at the expense of tax payers.

He is deeply interested in Siaya politics but he is mostly using his influence to silence his perceived enemies including pushing for fresh charges against Olwero who has been reinstated to his job by the court.

The speaker wrote a letter on the same day the ruling was delivered where he argued that the court decision did not prohibit the board from proceeding with fresh disciplinary procedures against Olwero.

“To facilitate further investigations on alleged gross misconduct and pursuant to the provisions of the county assembly Act No 24 of 2017 Section 23, the county assembly service board during its meeting held on April 14 2021 vide minute no MIN/CASB/08/14/21, resolved to interdict you for a period of three months with effect from the date of this letter’’ the letter read in part.

Kenya Insights allows guest blogging, if you want to be published on Kenya’s most authoritative and accurate blog, have an expose, news TIPS, story angles, human interest stories, drop us an email on [email protected] or via Telegram
Related Topics:Corruption in SiayaFelix OlweroSiaya County AssemblySpeaker George Okode
Up Next