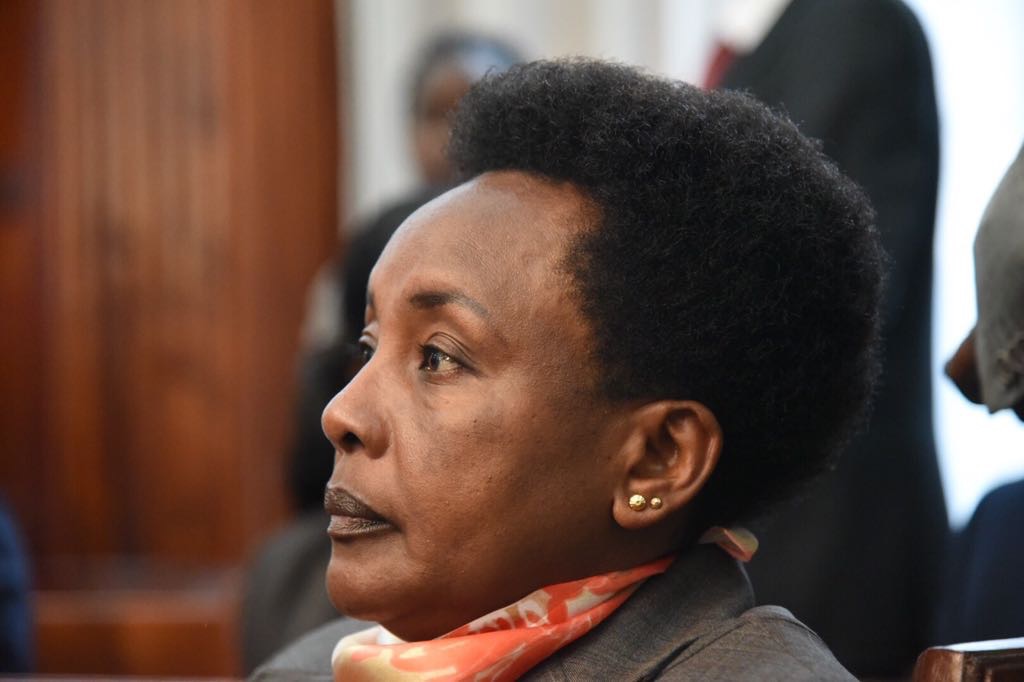 There are new mega revelations in a petition to sack Kenya’s second senior most Judge.

Imperial Bank was placed under receivership in October 2015, after its board alerted Capital Markets Authorities of suspected malpractices.

She acquired Properties through backdoor deals that have now been linked to tax evasion by DPP’s prosecution team.

The embattled DCJ, Mwilu, sold the three parcels of land for Sh315 million, in fictitious deal made between March 2016 and July 2016.

According to DPP, Justice Mwilu backdoor property deals doubled her returns from Sh155 loan from Imperial Bank to sh 315million.

Our sources working under DPP revealed to us that Justice Mwilu did not pay capital gains tax on the return of the land.

She also failed to pay stamp duty of four per cent on value of the land she had bought via Imperial Bank between December 2014 and March 2016 for Sh160 million.

Justice Mwilu did not appraise her creditworthiness for interest free loans that were granted using letters with Judiciary letters head.

According to evidence in DPP’s possession, Justice Mwilu also fraudulent recovered securities of the said loans and sold them at a profit that directly led to losses of Sh60 million at the collapsed Imperial Bank.

Related Content:  Legislation To Open Bars At 3pm On Weekdays And 11am on Weekends Rejected

This is has been proven without doubt that Mwilu used her position at the Judicial office to improperly enrich herself.

Mwilu later on used the two properties as security for a Sh60 million long-term loan.

It has also been revealed that Justice Mwilu took another short-term loan of Sh60 million for purchase of half-acre property registered under 3734/1129.

She successfully used it as substitution of the earlier loan security, leading to release of her two plots.

According to DPP, Justice Mwilu sold all the properties for Sh315 million. She only cleared the Sh65 million and failed to offer Imperial Bank property 3734/1129 as security.

“The respondent clearly had no intention of charging the said property to Imperial and thus obtained said securities by making false representations,” reads DPP’s statement.

This is coming at a time when three appellate Judges had just overturned a decision of the High Court barring the CMA from investigating circumstances under which Imperial Bank proceeded with a bond despite insider knowledge it was at the collapsing edge.

Kenya Insights allows guest blogging, if you want to be published on Kenya’s most authoritative and accurate blog, have an expose, news TIPS, story angles, human interest stories, drop us an email on tips.kenyainsights@gmail.com or via Telegram
Related Content:  Pesa Onge: Dumped and Forgotten Imperial Bank Depositors As Looters Enjoy Freely
Related Topics:CMADCJ MwiluDPPImperial Bank
Up Next