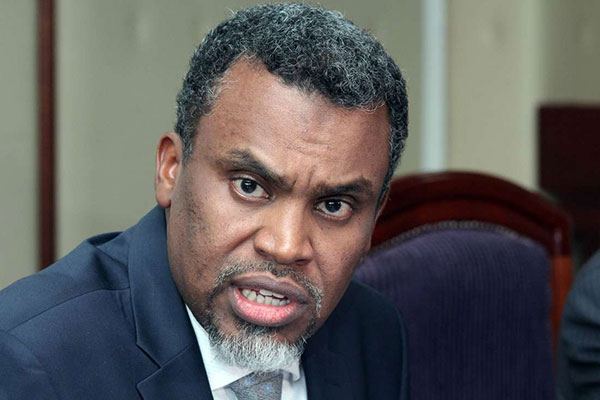 In a gazzate notice dated December 27th 2019, Noordin Haji, the head of the Office of the Director of Public Prosecutions has annulled the appointment of more than 300 prosecutors he had posted to 14 State agencies.

DPP have chopped off 90 prosecutors initially posted to labour institiution. Also axed are environmental management and citizenship and immigration agencies which had 38 prosecutors each.

35 prosecutors attached to NSSF have also been recalled with NHIF losing 23 prosecutors, Kenya Bureau of Standards had 20 recalled while Sexual Offences lost 18 prosecutors.

Others affected in the masqueradors mob up includes Higher Education Loans Board, Tourism, Public Health and Energy.

According to the DPP, the prosecutors he has since recalled had no proper legal training and majority lacked data on their qualifications.

“Various reasons from not having data on the individuals and their qualifications, to lack of uniformity in terms of quality prosecution services and oversight,” a statement by the DPP read.

DPP Haji also pointed out that most of the prosecutors were not lawyers and could not keep up with the developments in law, the prosecution policies and guidelines.

ODPP has, however, invited those whove been degazetted to reapply for the positions and adhere to the new requirements which include the qualifications and mandatory and continuous training programme.

Kenya Insights allows guest blogging, if you want to be published on Kenya’s most authoritative and accurate blog, have an expose, news TIPS, story angles, human interest stories, drop us an email on [email protected] or via Telegram
Related Content:  Lawyers Moves To Block Bernard Chunga’s Appointment
Related Topics:DPPLawyersNoordin HajiProsecutors
Up Next