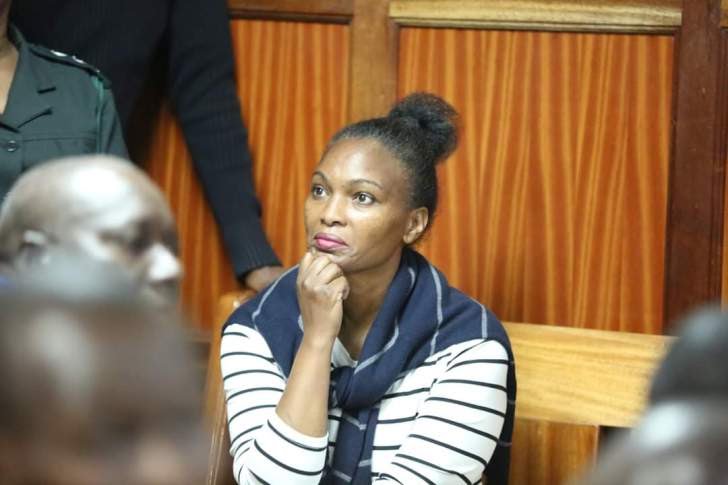 Sarah Wairimu Cohen, the widow of slain Dutch tycoon late Tob Cohen has sued George Kinoti-led DCI and Noordin Haji’s DPP and demanding Sh500 Million in what she terms as illigal detention of their Kitusuru home.

In the lawsuit, Sarah say her Kitusuru property is estimated to be worth Sh400 million of value and is demanding the State agencies pay Sh500 million for illegally ceasing the property.

The embattled widow want, in her lawsuit, DCI boss George Kinoti be compelled to make an appearance in court to give a break down of the status of her property that was seized as a crime scene after her husband’s death.

In the lawsuit, Sarah says she has spent close to 12 years in her home and it contains quality items that would most likely be interfered with, and as an assurance, she wants proof that the quality of the items would remain intact.

“Wairimu and Cohen jointly own all that property known as LR No. 2951/449, situated at Farasi Lane, Mugumoini Close in Tower Kabete, Nairobi, which, the property was jointly purchased on or about June 7, 2000 and registered in the deceased’s name, by mutual agreement,” read part of the papers filed in court.

Sarah Cohen, the DCI’s main suspect in the murder of Tycoon Tob Cohen, whose body was found in a septic tank at his Kitusuru home, was arrested and later released on Sh2 million cash bail. The court also barred her, since she remained to be the prime suspect, from accessing the home as it was tagged as a crime scene.

The widow has since slammed DCI and Two joirnalist with a contempt of court suit on allegations that they were involved in leaking information relating to the Cohen murder case despite court gag. This comes after the widow sue the Agency demanding access to her basic items like clothes, Alcohol and dogs at her matrimonial home.

DCI Boss  George Kinoti has insisted that Sarah Cohen needs to serve him with the contempt papers.

“The prosecution has failed to respond to our application dated November 12, 2019, in which my client is seeking to have her house and other possessions back,” read the petition by Sarah lawyer Philip Murgor.

In her application, Sarah , moreover, wants the state to provide her with her husband’s death certificate as they were legally married at the time of death.

Kenya Insights allows guest blogging, if you want to be published on Kenya’s most authoritative and accurate blog, have an expose, news TIPS, story angles, human interest stories, drop us an email on [email protected] or via Telegram
Related Topics:DCIDPPSarah WairimuTob Cohen
Up Next