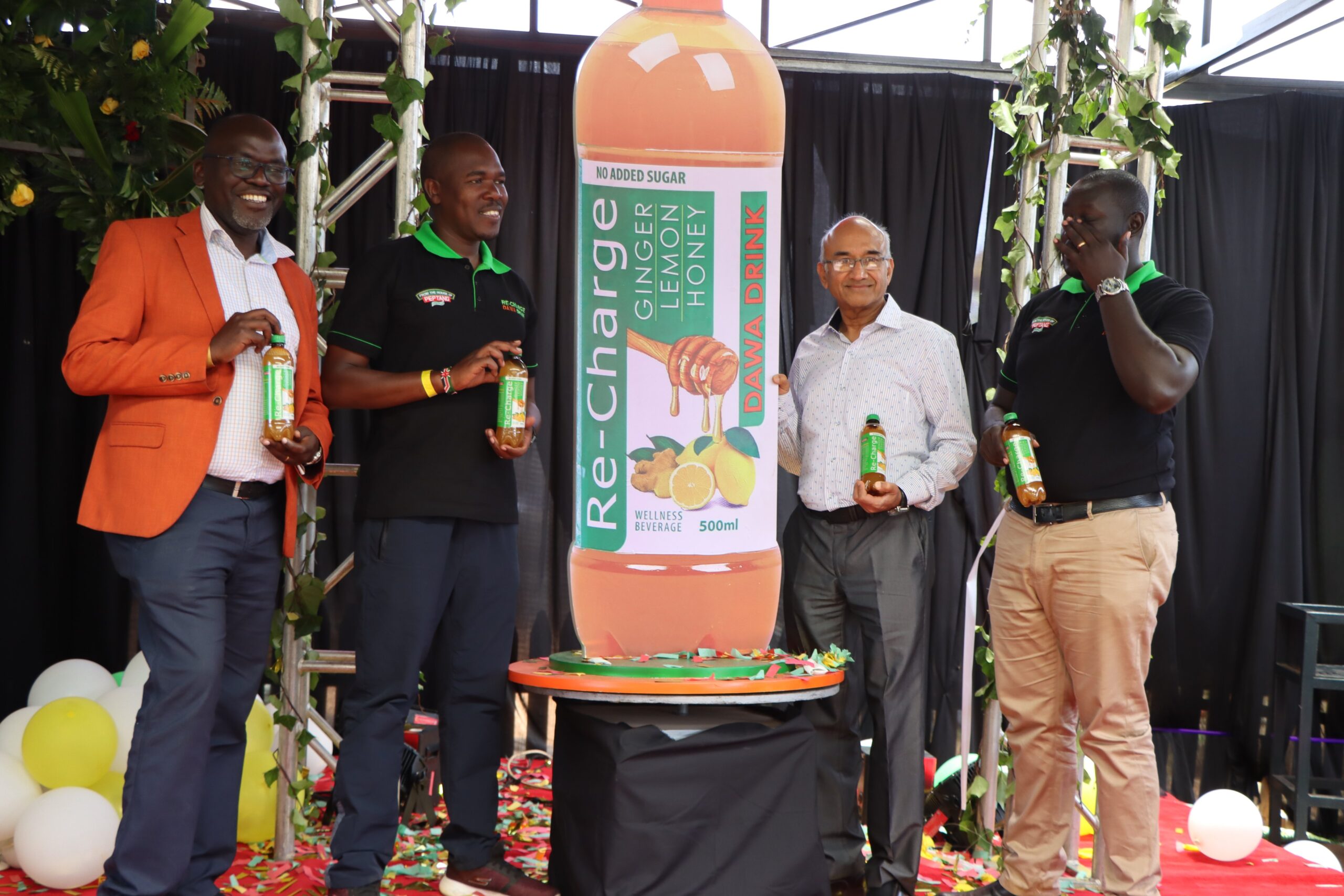 The firm launched its latest product dubbed Recharge Dawa that will be on sale in supermarkets.

Dawa, which means medicine in Kiswahili, is made up of honey, lemon and ginger as its key ingredients.

“Unlike the homemade drink that one has to drink hot, this one is already packaged for you and is readily available in the market,” he added.

Mr Choge noted that dawa has the health benefits of soothing sore throats, flu or colds, and added that the new product is a good example of listening to the market and moving with the times.

However, the Consumers Federation of Kenya (Cofek) has trashed the drink and advertisement as deceptive.

“The ‘medicine’ has not be certified as such by the Pharmacy and Poisons Board. Therefore, the use of the name ‘dawa’ (Swahili for medicine) is fatally misleading. It must be dropped. Even if it were to be certified, the minimum ingredients threshold must be specified and met.” Cofek said.

The popular ‘dawa’ that contains lemon, ginger and honey is served hot at restaurants, hotels and even bars – on request.

Normally, the lemon, ginger and honey are natural and not processed.

The popular ‘dawa’ drink retails between an average Sh100 to Sh1,000 per glass in high-end hotels.

Served cold, the ‘dawa’ does not serve it purpose at all. It is also not clear whether the deceptive marketing brand Recharge Dawa to be sold in supermarkets requires a consumer to boil before use.

“In the likely event that the new Recharge Dawa was boiled before packaging, it has a high risk of being carcinogenic (cancer-causing) since it is stored in plastic bottles whose internal walls melt and dissolve in the drink if packed hot. Cofek hopes that the Kenya Bureau of Standards (KEBS) will conduct due diligence before allowing the drink to be on retail shelves. While we support Premier Foods efforts in product diversification, its management must be brought to speed with provisions of Article 46 of the Constitution and the Consumer Protection Act, 2012 as regards deceptive advertising.” Cofek said.

Kenya Insights allows guest blogging, if you want to be published on Kenya’s most authoritative and accurate blog, have an expose, news TIPS, story angles, human interest stories, drop us an email on tips.kenyainsights@gmail.com or via Telegram
Related Topics:cofekPeptang recharge dawa
Up Next