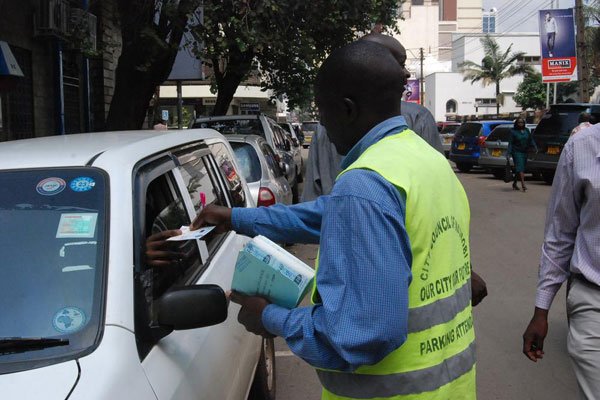 Big win for COFEK after the High Court ordered immediate suspension of the enforcement of revised parking fees by the Nairobi County pending the hearing. On Tuesday, Sonko-led Nairobi County government announced changes in the parking fees. According to the changes that were effective as from Wednesday, motorist were required to pay Ksh400 to park in the Nairobi CBD.

Yesterday, Justice James Makau said the new rates will remain suspended pending further directions by the court which is slated to convene on January 21 for a hearing.

While seeking the conservatory order,

COFEK has petitioned against the new tariffs urging that Nairobi City County did not give motorists adequate time before effecting the changes. Cofek also argued it was unfair that the public wasn’t notified when the Finance Act was enacted into law on September 25.

“You will be usurping the role of Nairobi County Assembly if you suspend the notice,” Nairobi County Government Lawyer Harrison Kinyanjui had asked the court to decline Cofek’s petition stating that the executive was enforcing a law enacted by the legislative assembly.
Kenya Insights allows guest blogging, if you want to be published on Kenya’s most authoritative and accurate blog, have an expose, news TIPS, story angles, human interest stories, drop us an email on [email protected] or via Telegram
Related Content:  Kabogo Taking Telecos To Court Wants Them To Do Away With Data Bundles Expiry
Related Topics:cofekMike SonkoNairobi County
Up Next

Impunity: Questions Raised As To Why Jeff Koinange Rides Around Without A Number Plate On His Car