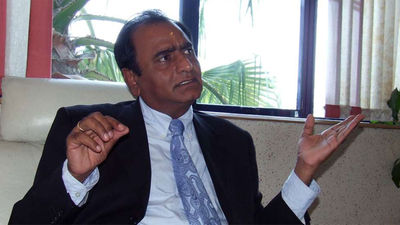 ‘Guru’ Narendra Raval made his name from being a business genius and in the steel industry through his company Devki Group. Through his company, Devki Group has been expanding his empire into cement business. In 2015, Mr Raval turned down Mr Aliko Dangote’s offer to acquire part of the Devki empire as a means of accessing the East African market.

He has since been expanding rapidly and he beat rivals Rai family to the court battle to take over Athi River Mining (ARM) where Guru emerged the winner and gave him teeth into cement and fertilizer business.

In the five years to 2020, cement makers spent an annual average of Sh8.3 billion to import 4,439.7 tonnes of clinker from countries such as Saudi Arabia, United Arab Emirates, Egypt and Pakistan.

This gave a lucrative space for local production of clinker which saw Devki invest heavily in putting up plants across the country with the hopes of gaining a monopoly and being the sole supplier to other cement makers.

There was a push by some cement manufacturers for Kenya to raise import duty on clinker to 25 per cent from the current 10 per cent, but the clamour has faltered, Devki spearheaded this push in the hopes that it would discourage imports and make manufacturers stream to him for the vital ingredient.

Competitors have often accused Raval of using his proximity to Statehouse as he’s close to the President to push for unfavorable and selfish deals like raising raising imports duties from 10% to 25% a lobby campaign that he has pushed for long and vigorously in the past few weeks and days.

The clinker wars that favors Devki have attracted criesfrom close competitors like Savannah Cement who accused Raval of using his proximity to Statehouse to lobby for unfavorable terms to his competitors in bid to lock them out and cement his market dominance which they termed as unhealthy.

Raval has been accused oftentimes by a section of cement manufacturers claiming the firm was playing politics in a bid to get the government to increase import duty on clinker this became apparent when National Cement threatened to lay off workers at its clinker production plant in an arm twisting and blackmail tactic to push state into adopting his bid.

“I do not see why National Cement is playing politics with such a sensitive long-term industry issue that has taken  over a year and which involved the entire cement industry and key stakeholders, including National Cement,” said Savannah Cement Chairman Benson Ndeta in a joint statement on Monday.

He added that Devki was attempting to strong-arm the government into imposing higher taxes on imports, a move that would “serve one player’s personal interests and expectations”.

Local cement firms have been fighting over whether to increase import duty on clinker, with National Cement and Mombasa Cement championing a tax increase while the four others have opposed it.

This led the industry to set up a committee, together with Kenya Association of Manufacturers and the ministries of Industrialisation, Petroleum and Mining and National Treasury, to look into clinker production and consumption.

The committee, which gave its report mid-September, recommended that the industry be given a four-year window to increase its clinker production capacity, after which the State can increase duty on imports. 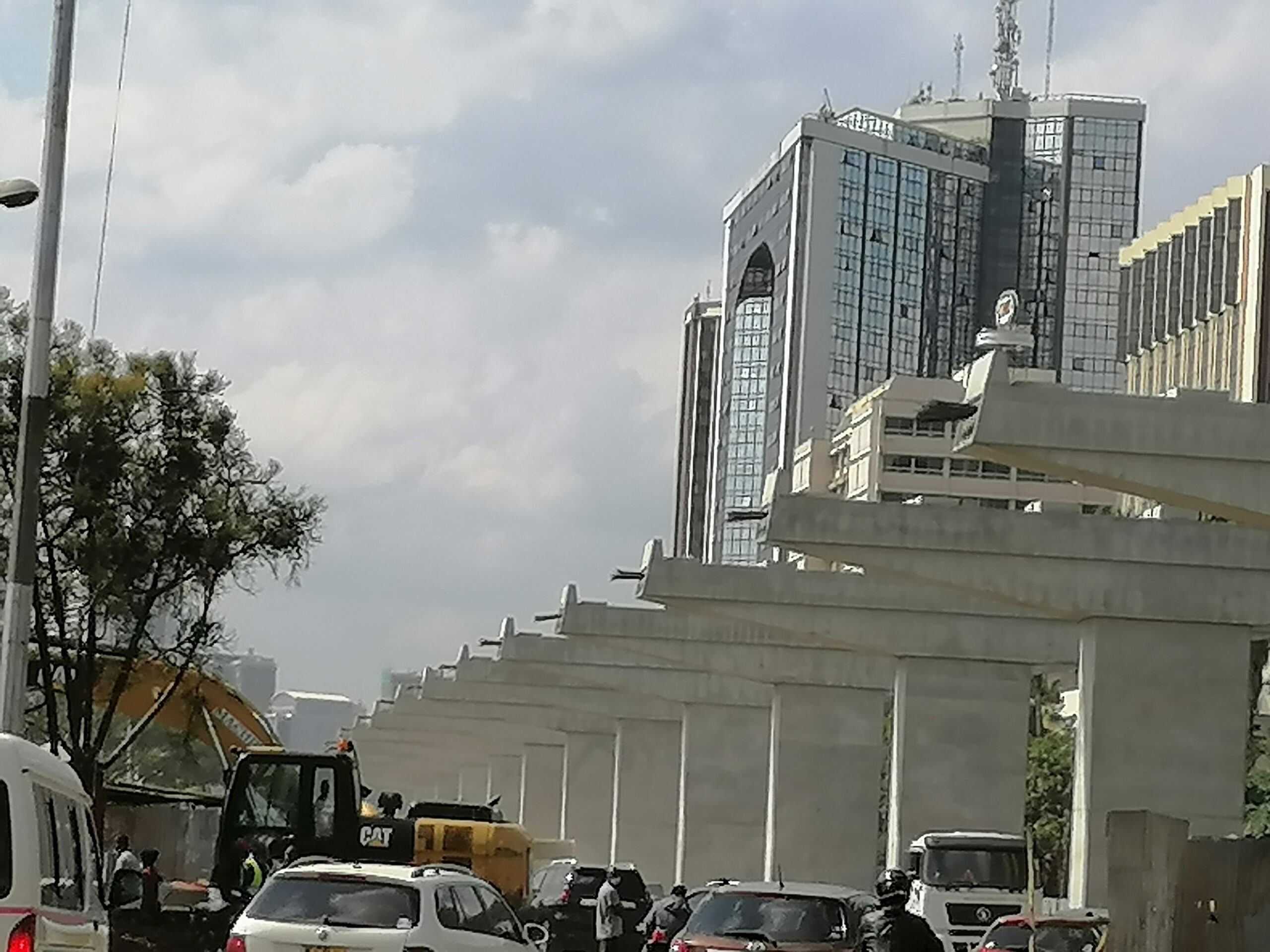 The Competition Authority of Kenya (CAK) is warning the government against implementing a proposal by billionaire industrialist Narendra Raval to raise the import duty on clinker, a raw material used in cement production, from 10 percent to 25 percent.

Mr Raval whose Devki Group owns four cement firms has been lobbying the government to raise the taxes, arguing that the country now has enough capacity to meet its clinker needs.

But the competition watchdog says the proposal is a self-serving move on the part of Devki which has a near-monopoly on the means of manufacturing clinker, adding that it risks shutting down rival plants and raising cement prices

In an advisory opinion to State House, the Treasury and other government departments, the regulator noted that imported clinker is cheaper and that the window to import or produce it locally should be maintained to ensure healthy competition.

The State has been considering increasing the import duty, drawing protests from Raval’s rivals — Bamburi Cement, Savannah and Rai. The watchdog says expensive imported clinker will make it easier for Raval to control cement prices through influencing rivals’ production costs, killing them by controlling supply of the critical raw material.

“Increasing the current import duties will therefore distort the market, entrench National Cement’s position as a cement manufacturer and a clinker supplier and placing it at a position to foreclosing competitors and barring entry into the market,” the CAK wrote in the letter.

“Further, increasing duty will make it more costly [sic] for firms to import clinker yet sourcing from local manufacturers is even more expensive.The proposal seems not to be attending to an existing market/consumer problem but a private/shareholder investment strategy.

The billionaire, 59, who made his initial fortune in the steel industry, has spent billions of shillings in recent years to build a cement empire. Devki has annual revenues of more than $800 million (Sh88 billion), producing steel products, roofing sheets and cement among other items.

The conglomerate now owns National Cement, Simba Cement, ARM Cement and Cemtech, fuelling the expansion through its own resources and loans from banks and the International Finance Corporation (IFC).

The CAK’s analysis shows that the Devki entities control a combined 84 percent of limestone mining allocation, giving them excess power in the extraction of the mineral which is a key component in producing clinker. Limestone is mixed with clay soil and iron ore to make clinker which is then ground with gypsum to make cement.

Mr Raval, one of the richest and well-connected businessmen in the country, has argued that raising taxes on foreign clinker or banning imports altogether is now possible because of the ability to produce the commodity locally.

He says the move will help create jobs for Kenyans and improve the country’s balance of payments. Mr Raval recently announced that his company, National Cement, will cut more than 800 jobs because of weak demand for clinker as a result of the government’s failure to curb imports of the commodity.

Rivals protested, accusing him of using his position as one of the country’s biggest employers to arm-twist the government into restricting clinker imports

It marked a rare fallout among members of the Kenya Association of Manufacturers (KAM) who traditionally take a position to lobby policymakers. The chief executives of Savannah Cement, Bamburi Cement, Rai Cement and Karsan Ramji & Sons Limited issued a statement to condemn what they termed a disingenuous “public outcry” by National Cement.

Mr Raval’s moves are reminiscent of Nigeria’s protectionist policies starting in 1999 that turbocharged the business empire of Aliko Dangote who went on to become the richest man in Africa with a fortune estimated at $12.8 billion (Sh1.4 trillion).

In an interview with the Financial Times, Mr Dangote said Nigeria’s former president Olusegun Obasanjo summoned him and asked why the country could not produce cement.

The businessman told Mr Obasanjo that it was more profitable to trade than to produce, adding that restricting imports would incentivise manufacturing. The President agreed and the protectionist policies started, helping the businessman to build the largest commodities empire on the continent ranging from cement, petrochemicals and sugar

Mr Dangote said he helped fund Mr Obasanjo’s electoral campaigns, demonstrating how top entrepreneurs are uniquely positioned to shape policy to their benefit. The CAK says Devki’s proposal risks reversing the steady decline in cement prices over the years, an outcome of brutal price wars fuelled by expansion of entrenched and new players despite a growing glut in the local and regional markets.

The regulator says real prices declined by more than 20 percent in Kenya between 2014 and 2018, making the cement sector one of the few industries to cut prices despite rising input costs.

The regulator said that the current landed cost for a tonne of clinker from the international markets ranges from $100 (Sh11,000) to $110 (Sh12,200), which is cheaper than locally purchased clinker

The CAK argued that it approved Devki’s expansion in the cement sector through acquisitions due to the fact that its rivals have access to imported clinker. The statement signals that should restriction on clinker imports be imposed, the regulator could push for the breakup of Devki’s cement empire since its control of the commodity will then have a major impact on competition.

Devki has in the past few years spent more than Sh6 billion to acquire ARM Cement and Cemtech, growing its sales market share and gaining access to more limestone mining rights.

Kenya Insights allows guest blogging, if you want to be published on Kenya’s most authoritative and accurate blog, have an expose, news TIPS, story angles, human interest stories, drop us an email on tips.kenyainsights@gmail.com or via Telegram
Related Topics:Bamburi CementDr Narendra RavalNational Cement Company Limited
Up Next

President’s Directive A Relief To Millions Blacklisted With CRB