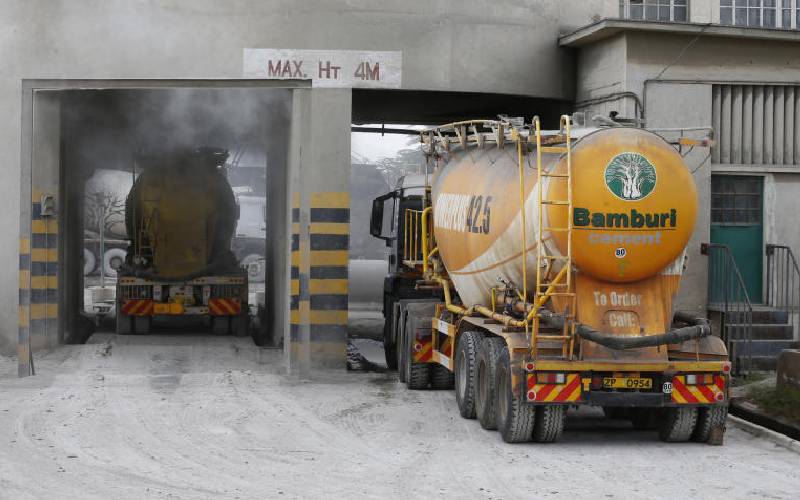 The makers of Bamburi Cement are hanging on a straw as the firm gets embroiled in a turf war with Kenya Ports Authority(KPA) over their storage facility in Mbaraki Warf.

According to sources privy to the silent war yet a big issue, the storage facility that Bamburi uses to store its cement for exporting as well as clinker imports, has its lease set for renewal and powerful cartels working in cohorts with compromised KPA board members are working around the clock to frustrate and stop the renewal of the lease.

The Bamburi Cement Company operates its dedicated facility at Mbaraki Wharf for loading bulk cement for export and clinker and has been operational since the 70s.

Its now emerging that the country’s oldest cement manufacturing company and regional’s second biggest is fighting for its survival following spirited fight by known port cartels dedicated to take over complete operations of the port. With the firm’s storage lease agreement for the Mbaraki warf nearing an end hence need for renewal, there are credible fears amongst industry players that powerful cartels are out to stop the renewal.

While Bamburi Cement officials are yet to come out publicly to air their frustrations, those in the know are telling Kenya Insights of the silent battle. We’re told the port’s board is infiltrated and section of board compromised and in pockets of Mombasa tycoons who have vast interest in the freight business. We’re told all efforts are being put by the monied cartels to ensure the lease is not renewed to throw away Bamburi from the wharf.

Should such efforts materialize and Bamburi Cement fail to cut a deal and have their lease on storage facility renewed, it would be a quick death for the cement maker and a kicker to competitors. It would in effect have hundreds left unemployed and the already dented Mombasa economy even more damaged. 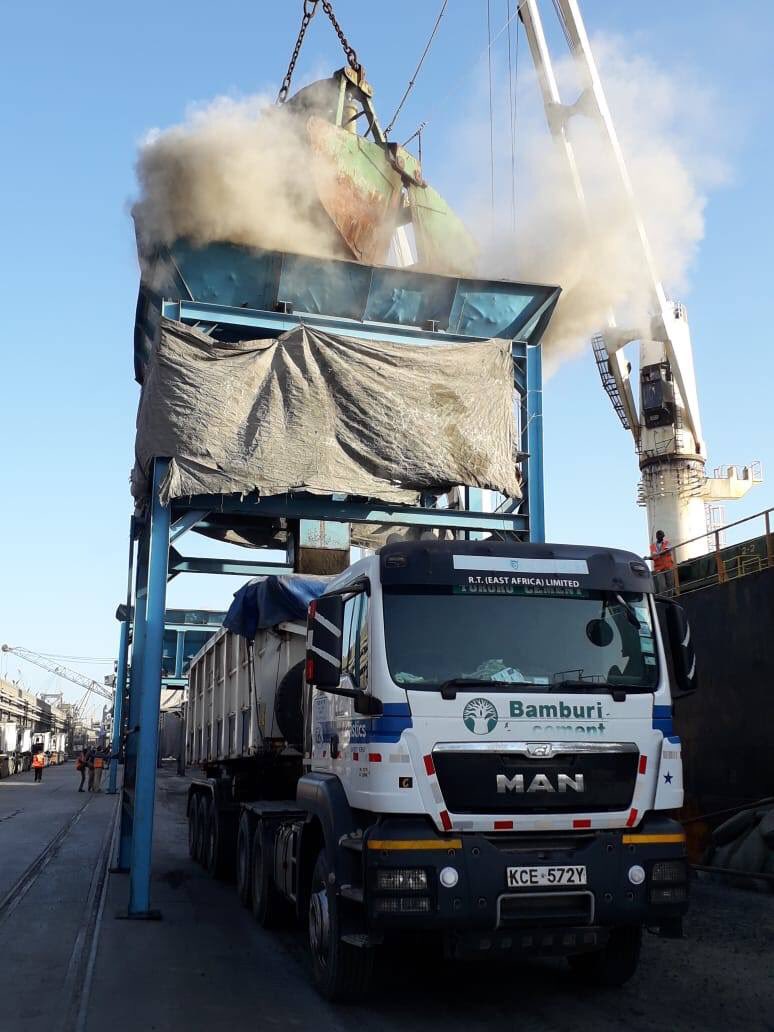 Meanwhile, the firm has kick-started the building of a Sh536 million clinker plant at the Kenyan coast, which it expects to enable it move away from reliance on costly imported clinker.

Clinker is the key raw material for the manufacture of cement.

Clinker wars in Kenya has seen one ‘Guru’ Narendra Raval of National Cement branded as ‘conman’ by industry players following his spirited efforts to have the import tax raised from current 10% to 25% in a bid to discourage importation for local market.

Devki Group that runs National Cement has already established numerous clinker making plants in Kenya and Raval had hoped that his pressure on the state to increase duty on imports with hopes of stopping imports would send local manufacturers trooping to his plants has hit a snag.

A section of cement manufacturers has reacted sharply to plans by National Cement to lay off workers at its clinker production plant, claiming the firm was playing politics in a bid to get the government to increase import duty on clinker.

National Cement, a subsidiary of Devki Group, announced on Saturday that it was laying off workers at its factory in Kajiado County, citing poor demand for the essential raw material in cement production.

Related Content:  Sony Sugar Management In Course To Revive The Company As They Seek Sh210M Loan

Mr Raval has in the past pushed for a hike of import duty on clinker to 25 per cent from the current 10 per cent, saying the country has adequate production capacity.

As Bamburi fights for its life with the cartels and KPA, the economy of Mombasa that has been squeezed of life from the ripple effects of SGR that took away many jobs, is staring at yet another crisis of losing more jobs should more firms like Bamburi get frustrated to the point of closing doors. Does the region have leaders to speak up?

Kenya Insights allows guest blogging, if you want to be published on Kenya’s most authoritative and accurate blog, have an expose, news TIPS, story angles, human interest stories, drop us an email on tips.kenyainsights@gmail.com or via Telegram
Related Topics:Bamburi CementKenya ports Authority
Up Next

Parliament Puts WPP Scangroup On The Spot Over Racial Discrimination