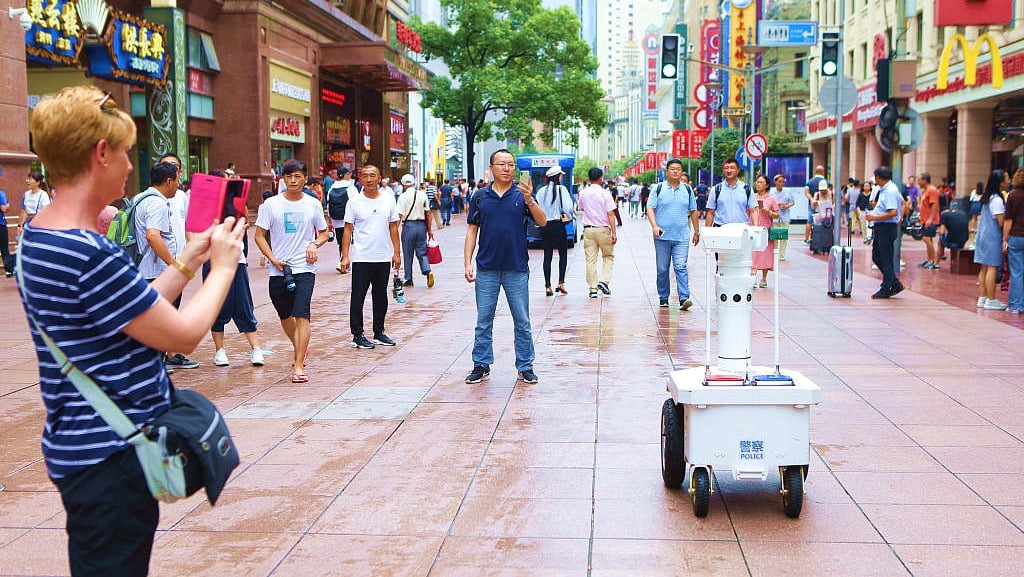 According to China Police, Wali is powered with advanced 5G technology and high-definition cameras, the smart robot has a facial recognition system and can transmit real-time 360-degree street views back to police stations.

As it strolls along the popular shopping district, Wali is intelligent enough to know when the streets get crowded and to remind people to take care of their belongings.

With further system updates, the smart robot is expected to connect passersby with police officers via real-time video calls in the future and provide people in need with assistance 24/7.

Shanghai’s first robot police officer Wali attracted many curious passersby on the busy Nanjing Road since its debut. And Has also attracted a couple of critics as well, just like you’ll expect any tech innovation to have the I’s and Nay’s.

Some of the Chinese said that this will make their Police more lazy as they will only be sitting in the Stations and overfeeding with very less first-hand deep surveillance left to the tech cop, Wali.

This got me thinking, If they introduce this in Nairobi and they leave her alone in the streets, a town where apparently, crooks walk away with sh72Million without firing a bullet and according to DCI, the same heist masterminds had no clue how to use the cash, will she patrol and send the information to the Traffic headquarters along Thika road or she will be the most sought after Police machine because street smarts will walk away with her?

Kenya Insights allows guest blogging, if you want to be published on Kenya’s most authoritative and accurate blog, have an expose, news TIPS, story angles, human interest stories, drop us an email on [email protected] or via Telegram
Related Topics:ChinaPoliceWali
Up Next