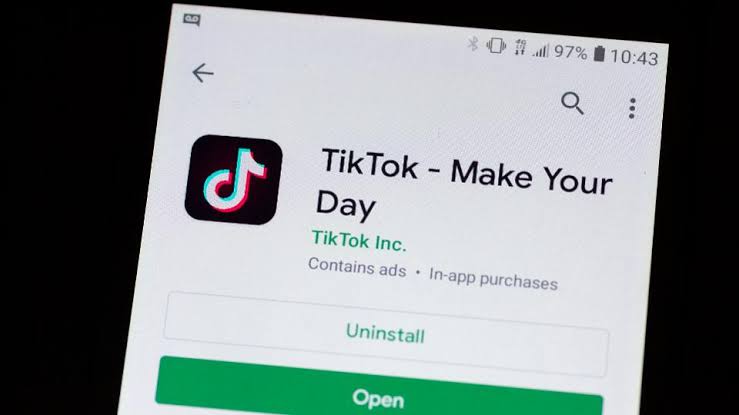 TikTok, an app that allows users to create short videos with music, filters, and other features. Right now, China-based TikTok is the popular trending app in the world. It’s been downloaded over a billion times in the two years that it’s been around. Even Facebook founder Mark Zuckerberg is perturbed.

Tik Tok is blowing to an extent the silicon valley apps have sought the governments ‘protection’. Which, by the way, if you look at it, they already have. Zuckerberg’s increased anti-China rhetoric is an attempt to please US lawmakers and to fend off regulation. US senators have been criticizing TikTok for censorship, privacy, and child safety. About 41 percent of TikTok users are aged between 16 and 24.

TikTok is an iOS and Android social media video sharing that was launched in 2017 by Chinese developer ByteDance. ByteDance, a Beijing-based company founded in 2012 by Zhang Yiming. ByteDance is one of the most valuable startups in the world estimated to be worth about $75 billion.

In 2019, Zhang Yiming, Tik Tok founder was listed in the top 20 of the Hurun China Rich List with $13.5 billion in wealth, surpassing more established tech tycoons, such as the founder of search giant Baidu.

Since launching in 2017, TikTok has been downloaded more than 1.5 billion times, according to US-based research agency Sensor Tower. It has huge followings globally something that has threatened US-based Silicon Valley companies, like Facebook, Google, Twitter.

Forbes estimates show that TikTok has 1 billion monthly active users, the figure is the same or probably more than Facebook-owned Instagram. Tik Tok has been set and it’s destined to floor Instagram, Snapchat, Facebook, Twitter, and they have massive data, right now,  the world’s most valuable asset.

TikTok now requires users to verify their age after the Federal Trade Commission accused Musical.ly of violating US child-privacy laws and fined them $5.7 million in February this year.

Reuters reported in September that CFIUS, which reviews deals by foreign acquirers for potential national security risks, is probing ByteDance’s $1 billion acquisition of social media app Musical.ly in 2017, which laid the foundations for TikTok’s rapid growth.

China-based ByteDance in their response said that they are seeking to provide assurances to the Committee on Foreign Investment in the United States (CFIUS) that personal data held by TikTok is stored securely in the United States and will not be compromised by Chinese authorities.

TikTok is also hiring more U.S. engineers to reduce its reliance on staff in China.

“Shifting a company’s operations away from China, geographically and technically, can give CFIUS more comfort that the company is really independent of its Chinese owner and the Chinese government,” said Nevena Simidjiyska, a partner at  Fox Rothschild LLP law firm.

Personally, TikTok is far way better and the opposite of Instagram. Insta is all about vanity and fake aspiration and wannabe chest thumbing ‘best life’ bluffs.  Everything feels very artificial on Instagram.

TikTok is real, I mean, users film themselves in their bedrooms, roadside, living room, school, street, church, bars, smoking zones, farms, etc. It’s all about short clips, all about kind of goofing around, a pass and totally recommendable.

Kenya Insights allows guest blogging, if you want to be published on Kenya’s most authoritative and accurate blog, have an expose, news TIPS, story angles, human interest stories, drop us an email on tips.kenyainsights@gmail.com or via Telegram
Related Content:  Kipchoge And Kosgei Wins Big At Abbott World Marathon Majors Series XII Awards
Related Topics:Chinadatasilicon valleytik tokUSA
Up Next