The world App giant Facebook has purged tens of thousands of apps involved in data mining from its platform. According to facebook insiders, the decision was arrived at after the company being slapped with thousands of privacy glitch summons and legal suits.

Facebook co-founder Mark Elliot Zuckerberg, an American technology entrepreneur, and philanthropist stated that the removals come as part of an ongoing investigation into how developers use data, which the company started after the Cambridge Analytica scandal in March 2018.

The Cambridge Analytica scandal, which uncovered how information from millions of Facebook profiles was used to influence opinion during Kenyan elections, Brexit and the 2016 US election, resulted in political fallout, investigations and a record fine of $5bn imposed against Facebook by the Federal Trade Commission in July 2019.

Under that agreement Facebook will also be held to a new set of requirements to bring oversight to app developers, requiring them to comply with policies and undergo annual certifications. The news also reveals that the platform is home to more problematic apps than previously thought.

“App developers remain a vital part of the Facebook ecosystem.  They help to make our world more social and more engaging. But people need to know we’re protecting their privacy.” Facebook said. 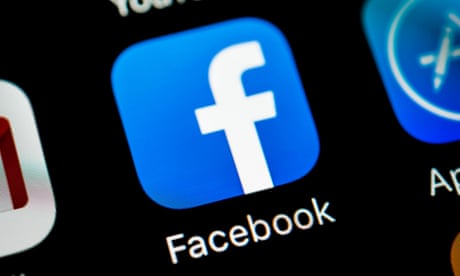 Facebook said on its official blog on Friday that tens of thousands of apps Facebook that have been removed come from just 400 developers, and millions more have been investigated. The review is ongoing and comes from hundreds of contributors, including attorneys, external investigators, data scientists, engineers, policy specialists, and teams within Facebook.

“We promised then that we would review all of the apps that had access to large amounts of information before we changed our platform policies in 2014. It has involved hundreds of people: attorneys, external investigators, data scientists, engineers, policy specialists, platform partners and other teams across the company. Our review helps us to better understand patterns of abuse in order to root out bad actors among developers.”  Ime Archibong Facebook’s VP of Product Partnerships said.

According to the blog, Facebook banned an app called myPersonality that refused to comply with the company’s audit and reportedly shared information with researchers and companies with only limited protections in place.

They, Facebook, also took legal action against the data analytics company Rankwave, filing a lawsuit in California after the South Korean firm failed to comply with its investigation.

The increased scrutiny comes after the record FTC fine and as dozens of US states have announced they will launch antitrust and privacy investigations into Google and Facebook. Several presidential candidates have also called for Facebook to be broken up.

“In a few cases, we have banned apps completely. That can happen for any number of reasons including inappropriately sharing data obtained from us, making data publicly available without protecting people’s identity or something else that was in clear violation of our policies. We have not confirmed other instances of misuse to date other than those we have already notified the public about, but our investigation is not yet complete. We have been in touch with regulators and policymakers on these issues. We’ll continue working with them as our investigation continues.” Facebook said.

The company said it is far from finished investigating and that it has expanded the team dedicated to investigating these violations, restricted the APIs used to connect to Facebook and set more specific policies around developing on Facebook.

“As each month goes by, we have incorporated what we learned and re-examined the ways that developers can build using our platforms. We’ve also improved the ways we investigate and enforce against potential policy violations that we find. We have clarified that we can suspend or revoke a developer’s access to any API that it has not used in the past 90 days. And we will not allow apps on Facebook that request a disproportionate amount of information from users relative to the value they provide.” Ime Archibong Facebook’s VP of Product Partnerships said.

Kenya Insights allows guest blogging, if you want to be published on Kenya’s most authoritative and accurate blog, have an expose, news TIPS, story angles, human interest stories, drop us an email on [email protected] or via Telegram
Related Topics:appdata miningFacebookPrivacypurge
Up Next