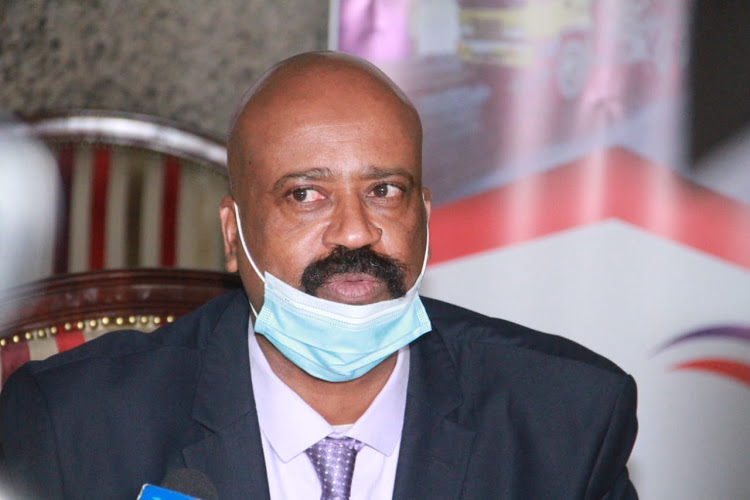 It is not business as usual at the Nairobi Metropolitan Services (NMS) after four top officials were kicked out for swindling millions of shillings. NMS was formed by President Uhuru Kenyatta in early 2020 to take charge of some key function of the Nairobi County including health, transport, public works and urban planning services under by Maj General Mohammed Badi.

Some 32 public officers were redeployed to the NMS from the national and county governments by the Head of Public Service Joseph Kinyua, in a circular dated March 23 2020. The circular directed cabinet secretaries to release the officers under their respective departments for them to take up new roles at NMS.

The directive also saw the then Kenya Medical Practitioners Pharmacists and Dentists’ Union secretary general Ouma Oluga being moved  from the county government of Vihiga to the NMS as chief officer, health.

Veronica Kimutai landed the plum position of compliance and enforcement officer and another suspect appointment to the same office that went unnoticed by blind Nairobi MCAs was that of Rachel Maina who was deployed from the cabinet affairs office.

The double appointment would later lead to a conflict between Kimutai and Maina which forced DG Badi to split the enforcement and compliance directorate into two, enforcement on one side, and compliance and delivery services on the other.

The powerful Maina had worked as a top officer at Nakuru county government during the reign of Kinuthia Mbugua who is the current State House comptroller.  She used her powerful State House connections to land the plum job but snubbed Badi who is held hostage by powerful Somali cartels led by majority leader Abdi Guyo. 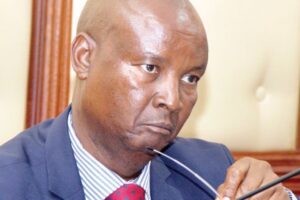 NMS top officials are also fighting over a multi-million tender to supply uniform to city askaris. The shameless wars come after an audit report revealed shocking details of how millions of donor and public funds meant to stem the spread of Covid-19 were looted by senior officials through irregular procurement, forgery and fake invoicing.

The NMS tender bandits are also fighting over awarding of contracts to construct hospitals within Nairobi which was single sourced and rates inflated. The report also uncovered how funds and materials meant for road maintenance in the city were diverted to individual bank accounts using rogue companies.

The scam was orchestrated by the former deputy director general Kang’ethe Thuku who was fired by President Kenyatta for staging tender wars with Maina.

Kang’ethe also had a stint at the Interior ministry in Nairobi where he served as a principal administrative secretary and built close links with city land grabbers. He also dines with the faceless City Hall cartels who have resurfaced at the Badi led entity to win tenders, get paid and supply air.

Kenya Insights allows guest blogging, if you want to be published on Kenya’s most authoritative and accurate blog, have an expose, news TIPS, story angles, human interest stories, drop us an email on [email protected] or via Telegram
Related Topics:Major General Mohammed BadiNairobi Metropolitan Services
Up Next