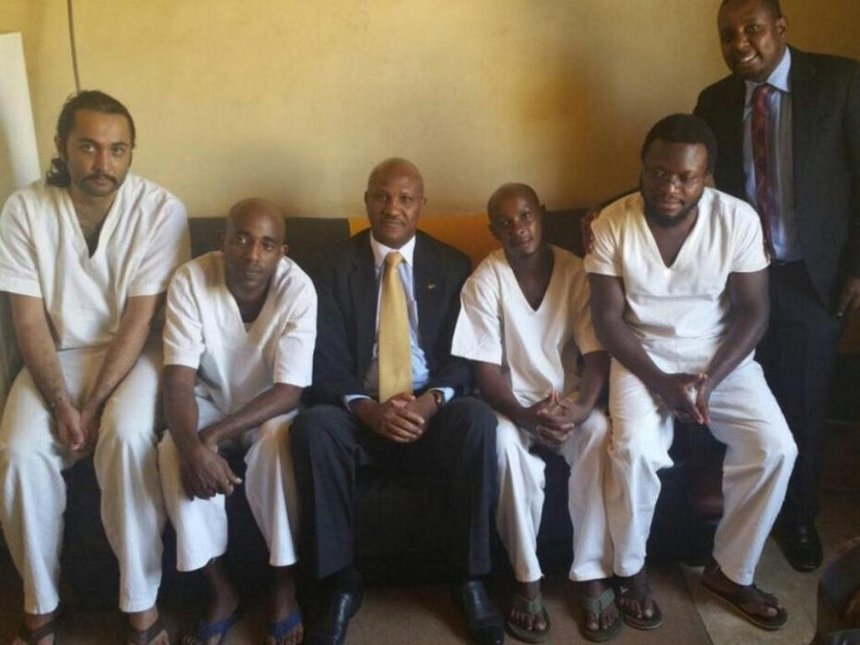 A diplomatic impasse that has seen four Kenyans Jailed In South Sudan unjustly since 2016 seems to be edging closer to the breakthrough and consequently the release of the four. This follows a series of talks between the two governments.

Kenya Insights has learned of a secret meeting between the governments of Kenya and South Sudan and the families of the jailed. A senior officer privy to the finer details of the recent developments intimates to Kenya Insights that the President is determined to put the matter into rest and had personally assigned the Foreign Affairs PS Monica Juma to secure the release of the held Kenyans. This comes out as a step in the president’s ploy to lay down his legacy.

The PS took up the matter and visited the four. According to our sources, the freedom could become sooner than later with greatest indications being as early as this first week of December. However, there are genuine reasons not to celebrate too soon as this isn’t the first kind of such talks. The CS, PS have both been in similar talks that died sooner without success. The latest talks, however, looks more promising than ever boosting the hopes of their release given the advanced levels of negotiations.

President Uhuru dissolved the cabinet and is expected to name a new team in coming days. Many are expected to face the boot over performance quotient. Monica could as well use this opportunity to lobby for a reappointment as the PS even though close sources worry about their harsh, unhealthy rivalry and working conditions with her CS Ambassador Amina. Should Monica be reappointed, the release of these Kenyans need to be ensured and that it doesn’t remain one of the lobbying tales. Families of the jailed have been in agony and mental torture, they need their sons back home. They deserve happiness and freedom. There has been reluctance from the Foreign Affairs office to breakthrough hopefully the circle doesn’t continue.

On the 13th day of June 2016, life took a shocking, unexpected turn when four Kenyans who were working for South Sudanese government officials were sentenced to life imprisonment of 72 years in a puzzling legal process. Clueless of what was going on, the four Kenyans were victims of a great war within the office of the president in what has turned out to be a fabricated corruption case within the agencies but a power measuring and neutralizing war amongst the officials including President Salva Kiir.

The unfairness in court started from the very beginning when the judge set bail per person at $14 million USD. Their lawyer was forbidden to meet with his clients unless during the trial. Continuous intimidation to witnesses by National Security and exactly a month into the trial the lawyer, Kiir Chol was threatened at Gunpoint by National Security, whose written communication was snatched away from him and his clients’ and forced to drop the case.

Siddharth Chatterjee: UN’s Man of Honour or Disgrace To Kenya