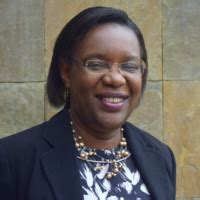 A director of a insurance company was arraigned before a Nairobi court to face charges of stealing Sh 4 millions by agent.

Cecilia Bridget Rague who is also the CEO of Underwriting Africa Insurance Brokers appeared before Milimani Chief Magistrate Martha Mutuku but did not plead to the charges.

The magistrate differed the plea to a further date to enable firm through the Investigating officer in the case to arrest co-directors of Rague who are still at large.

According to a charge sheet filed in court Rague and Underwriting Africa Insurance Brokers are accused that on December 6,2019 at NCBA Westlands branch in Nairobi jointly with others not before court being the agents of Sanlan General Insurance limited they stole Sh. 4,659, 934 million the property of Sanlan General Insurance limited which had been trusted to them by remittance as reinsurance premiums to continental reinsurance Ltd.

They are also accused that on the same dates at NCBA Westlands branch in Nairobi jointly with others not before court being agents of Sanlan General Insurance Ltd stole Sh 2, 011,760 Million property of the said company which had been entrusted to them for remittance s reinsurance premiums to Ghana reinsurance Ltd.

The duo are further accused of stealing Sh 2,427,160 property of the Sanlan General Insurance Ltd which had been entrusted to them for remittance as reinsurance premiums to CICA reinsurance.

Kenya Insights allows guest blogging, if you want to be published on Kenya’s most authoritative and accurate blog, have an expose, news TIPS, story angles, human interest stories, drop us an email on [email protected] or via Telegram
Related Content:  How Kisumu MP Ken Obura and His Briefcase NGO Frustrated a Ksh.30M Medical Equipment Donation
Related Topics:
Up Next