National Land Commission’s acting CEO Kabale Tache is part of the simmering corruption fiasco where millions of shillings are being wired from the commission’s coffers to proxies then to private accounts including that of the late communications director Jenifer Wambua.

Tache who should monitor the happenings at the NLC is colluding with the acting finance director Bernard Cherutich who was grilled detectives after investigations found that he sent large amounts of money to Wambua’s personal bank account.

Investigations on the looting racket at the commission heightened after the shocking murder of Wambua and has now focused on suspicions paper trails. Millions were wired from NLC coffer’s to the deceased’s accounts in tranches including Sh6m and Sh2.7 million where the late Wambua would withdraw some Sh2 million, a day before she disappeared on March 12. 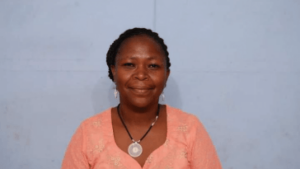 The acting CEO Tache and the commission officials in her ring are working with a cartel that is taking advantage of the absence of the board chairman Gershom Otachi, to loot and fatten their accounts at the expense of poor taxpayers.

Detectives have raided the homes of top NLC officials and proxies exposed in the scandal including con pastor who was receiving money from Wambua and disbursing to cartels. The pastor who has since gone missing is suspected to have disappeared with the loot he was to hand over from the deceased to the cartels.

But Tache’s ring is made of many top officials including ICT head Amos Kasaine, Mercy Njamweya who is in charge of land administration and management and Cyrus Nyagah of supply chain and management among others but detectives are closing in on the acting CEO and Cherutich.

The two key suspects facilitated the withdrawal of large amounts of money to private bank accounts but no goods were supplied or services were offered to the commission.

Kabale and Cherutich are now filthy millionaires looting together with the old cartel that nearly brought NLC to its knees during the reign of Prof.  Mohammed Swazuri who is still facing graft charges in court.

Kenya Insights allows guest blogging, if you want to be published on Kenya’s most authoritative and accurate blog, have an expose, news TIPS, story angles, human interest stories, drop us an email on [email protected] or via Telegram
Related Topics:Jenifer Wambua murderKabale TacheNational Land Commission
Up Next