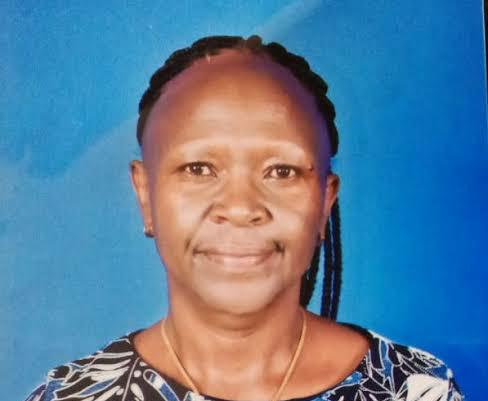 Police reports indicate that Ms Wambua, National Land Commission’s deputy director of communications was strangled. Her body was reportedly discovered at Ngong forest on Saturday and taken to City Mortuary where it was identified today (Monday).

Her husband Joseph Komu who works with the Ministry of Agriculture at Kilimo House, near her office knew that all was not well when her wife did not return home on Friday and never reached him.

What is puzzling is the wife’s personnel effects found in the family car a few hours after dropping her. He said they both had the key to the car and usually drove to work together.

“I picked the car at around 11 am and went to the garage where I discovered my wife’s handbag and her phone. After the car was fixed, I drove to her office to drop the items but was shocked when her colleagues told me she had not been seen that day,” said the distraught husband.

Mr Komu reported the matter to the police when his wife, a mother of three failed to show up the next day at their Machakos residence.

Detectives who have been tracing the journalists final moments confirmed that she indeed reported to work on the day she went missing but left a few hours later.

“Already, detectives have retrieved CCTV footage at her place of work and preliminary investigations show that she entered her fourth-floor office and later left carrying her handbag, ” said Mr Komu.

The deceased husband has since recorded a statement at the DCI headquarters.

As police piece together the journalists last moments to unlock the motive of the murder, fresh details are emerging that the victim was a witness in the Government Advertising Agency (GAA) graft case involving Ksh122 million.