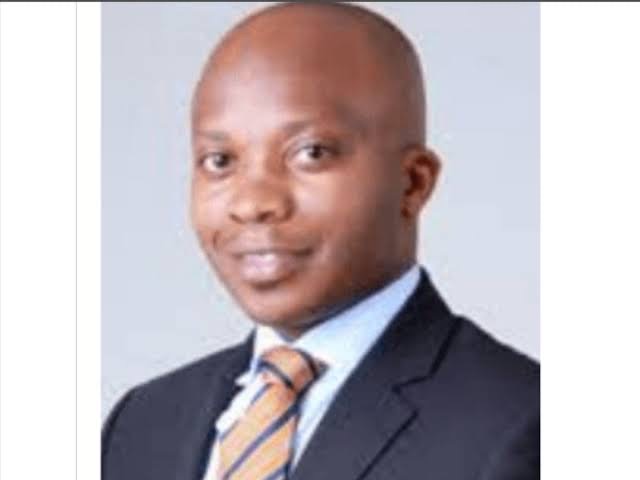 So many times we’ve seen, read and heard all over the news outlets and even experienced  and fell victim in cases of sabotaged banks, banks going into receivership and liquidation of banks. And always those held culpable are usually the Managing Directors, CEOs and etc but what these authorities ignore is the small – rotten fish in the Organogram and how they actually influence the services offered, whether a deal-loan or bond.

Legally and ethically every deal needs to be authorized by some small fish – “puppets” mandated legally as per their job description so as to try and duplicate every illegal process as legal and such ‘puppets’ are the heads of departments and such “puppet” who I’m focusing on in this article this time is General Risk and Compliance management – Manager and one person of interest walking under the shadow is Michael Kimeu – who is currently the Head of Risk and Compliance Management at the Qatar National Bank and the Chair of Association of Certified Compliance Professionals in Africa (ACCPA).

His public profile lubricates him , “Michael has over 14 years of experience within the Risk and Compliance sector in Africa. Michael was the Assistant General Manager for Risk Management & Compliance as well as the Head of Risk and Compliance at Chase Bank Kenya Limited. Prior to his role at Chase Bank, Michael served as the Internal Auditor and Treasury Risk Manager respectively at the Co-operative Bank of Kenya. He holds a Bachelor’s degree in Economics & Business Studies from Kenyatta University and a Global Executive MBA from the United States International University.”

How sweet, right? But hold on!

After indepth scrutiny and analysis, Kenya insights came to comprehend how he (Michael) was a snake in the grass in the collapse of Chase Bank in 2016 where he was the Risk and compliance general manager and prior to joining Chase bank, he was sacked by Co-operative bank on the grounds that led to the downfall of Chase bank. And with his presence in Qatar National bank, its just a matter of time before it crumbles down with Michael’s.

Perhaps it’s of  importance to learn a little  about who and what are the roles of a risk manager in an organization or Co-operation before we carry on,..

The duties under a Risk Management job description include the following:

1. Designing and implementing an overall risk management process for the organisation, which includes an analysis of the financial impact on the company when risks occur

2. Performing a risk assessment: Analysing current risks and identifying potential risks that are affecting the company

3. Performing a risk evaluation: Evaluating the company’s previous handling of risks, and comparing potential risks with criteria set out by the company such as costs and legal requirements

4. Establishing the level of risk the company are willing to take

6. Risk reporting tailored to the relevant audience. (Educating the board of directors about the most significant risks to the business; ensuring business heads understand the risks that might affect their departments; ensuring individuals understand their own accountability for individual risks)

7. Explaining the external risk posed by corporate governance to stakeholders

10. Conducting policy and compliance audits, which will include liaising with internal and external auditors

13. Building risk awareness amongst staff by providing support and training within the company

From the above mentioned roles and responsibilities, we can agree on how vital Risk and Compliance Manager is. He was the ‘Puppet’ who would have assessed risk and stopped the looting when Makarios Agumbi, his credit counterpart James Mwaura and MD Duncan Kabui operated two ledger and squandered Ksh 6.2 billion, only audit to show they faked to have spent Ksh 7.5 billion when truly they only spent Ksh 1.3 billion.

On December 30, 2015, a day to closing its books for the financial year, when the bank disbursed Sh1,023,900,000 to Camelia Investment, Coinbrook Holdings, Cleaopatra Holdings and Golden Azure Investment without adequate documentation or securities.

Risk Manager risking his job to dine with the thieves seems to had been worth it as he pocketed the lions share.

Despite these fraudsters involvement in cooperate frauds, they still find their way through their cronies to join other co-operations, organization without their track record considered a hindrance  like Daviel Mavindu, who was a senior official at Chase Bank, now chief executive of Rafiki Microfinance, Michael Kimeu now in Qatar National Bank.

But for Qatar National Bank that has been linked to terrorism funding by the US intelligence, Kimeu fits their portfolio. The bank according to Kenya Insights research, held at least six accounts for the Qatar Charity, which is connected with the Muslim Brotherhood and is designated as a proscribed organisation in some countries for its links to terrorism.

The bank has been on the spotlight over illegal dealings amounting to money laundering and data breaches which has put it in bad books with the international financial control circles.

In cases related to money and banks – customer satisfaction, transparency is key or else customers ship out and once they ship out so is the business gone.

Safety and Security of depositors money is also key and whenever one high ranking employees like Michael whose track record has been marinated with bad conduct  – he fails integrity and trust of the customers.

Related Content:  SYSTEM YA MAJAMBAZI: KMTC Board of Directors Under Graft Probe By Inspectorate of State Corporations.

Whoever let him secure the position despite his involvment in Chase bank heist, despite his tricks that led him to be sacked from Co-operative bank – has a mission to accomplish in Qatar National Bank and seemingly that’s why Michael was the best candidate fit for his mission.

Therefore, It’s an Amber alert to fish out characters like Michael before its too late and a free advise to Qatar National Bank customers to take caution given his well documented history.

Should the fate of Chase Bank befall Qatar’s National Bank, they’ll only have their lack of doing due diligence and hiring a staff whose past is well documented but ignored brushing  the interests of consumers aside.

Worth noting that Kimeu was also fired from Co-operative Bank a top-tier bank in Kenya where he served at the same capacity as in Qatar National Bank due to his history before being picked up by Chase Bank that consequently collapsed.

Even more shocking is that apart from currently working at the dubious Qatar National Bank  thats in league with the collapsed Dubai Bank,Kimeu is currently the Chair of Association of Certified Compliance Professionals in Africa (ACCPA) Chapter in Kenya as evidenced by the link. One is simply left flabbergasted and scratching their head on how a professional body could have its Chair a crook that was in the centre of the Chase Bank insider lending scam and was sacked from Chase when it went under. Don’t such professional bodies conduct a background check? Conduct basic due diligence of its committee members or is ACCPA  just a corrupt edifice filled with crooks amongst its ranks?

Kenya Insights allows guest blogging, if you want to be published on Kenya’s most authoritative and accurate blog, have an expose, news TIPS, story angles, human interest stories, drop us an email on [email protected] or via Telegram
Related Topics:Chase bankCo-operative BankMichael KimeuQatar National Bank
Up Next