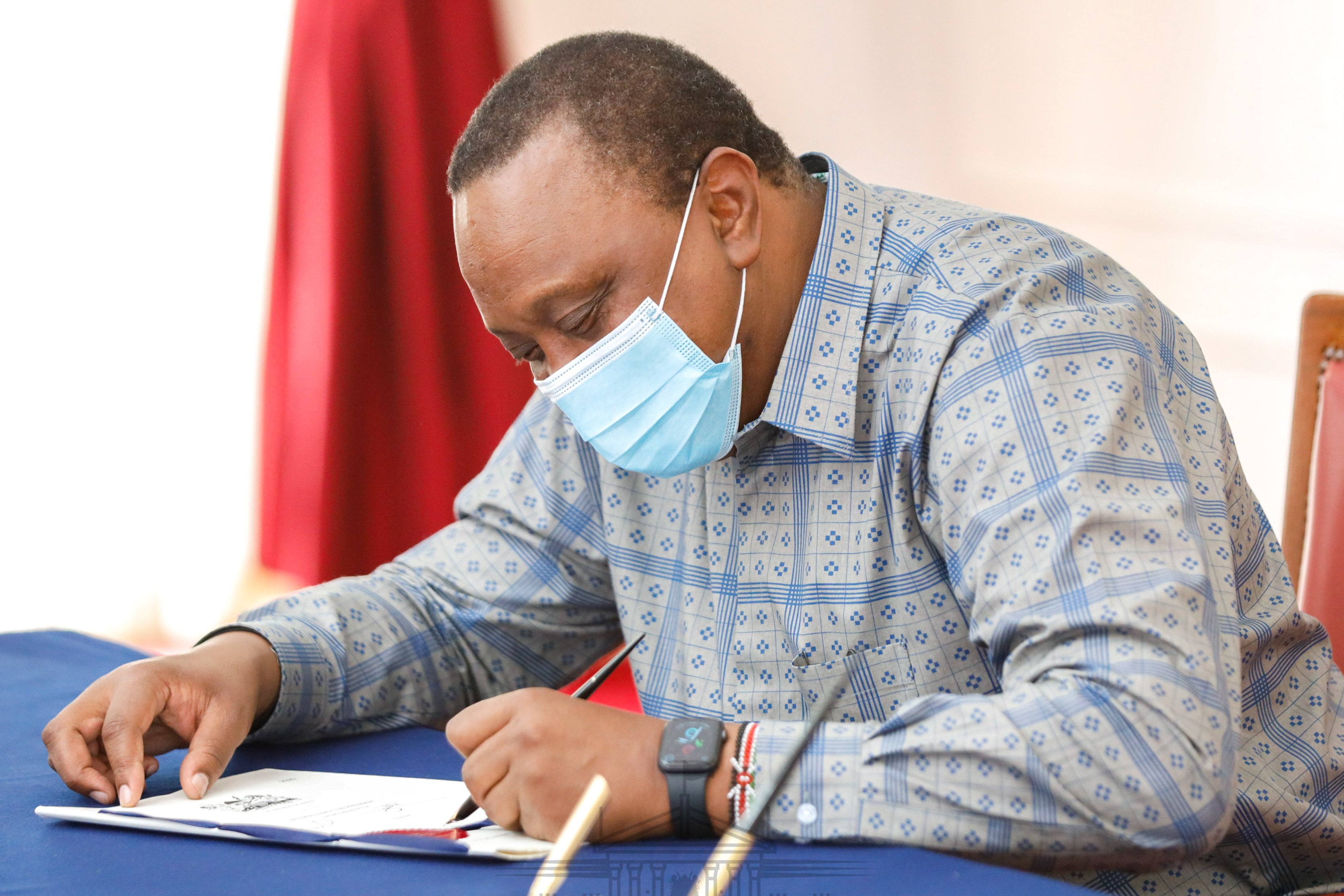 President Uhuru Kenyatta has signed an Executive Order adding the newly-formed Nairobi Metropolitan Service (NMS) to the Executive Office of the President.

Executive Order No. 1 of 2020 lists the NMS Director General Major, General Mohamed Abdalla Badi under the executive office of the President of the Republic (EOP) of Kenya.

“IN EXERCISE of the powers conferred by Article 132 (3) (b) of the Constitution, as read with all other enabling Laws, I, UHURU KENYATTA, President and Commander-in-Chief of the Kenya Defence Forces, order and direct:

The EOP, therefore, be tasked with the implementation of the deed of transfer of functions executed between the National Government and Nairobi City County Government.

The singing of the “ Executive Order” comes in the wake of the ongoing purge in Jubilee Party which has witnessed drastic changes with some well-thought allies of the Deputy President William Ruto being axed out of various committee.

The latest being Gatundu South Member of Parliament to have lost his sit in the August House as the Chair of Public Transport, Public Works and Housing Committee.

The recent changes after the introduction of NMS render Nairobi Governor Mike Mbuvi Sonko a toothless dog after key functions in the county were transferred to NMS.

On May 19, President Kenyatta approved Ksh53.7 billion post-COVID-19 stimulus package that was tabled before him by the Cabinet Secretary for National Treasury Ukur Yatani.

In the stimulus package, the NMS is set to receive a total of Ksh.27.9 billion budget to the Presidency and Interior Ministry is expected to be enhanced by Ksh.3.9 billion, leaving Governor Sonko under tight handcuffs after he tried to hoard funding to the County despite having signed an agreement to transfer key functions to NMS.

Trump’s Administration Moves To Ban Chinese Flights From US