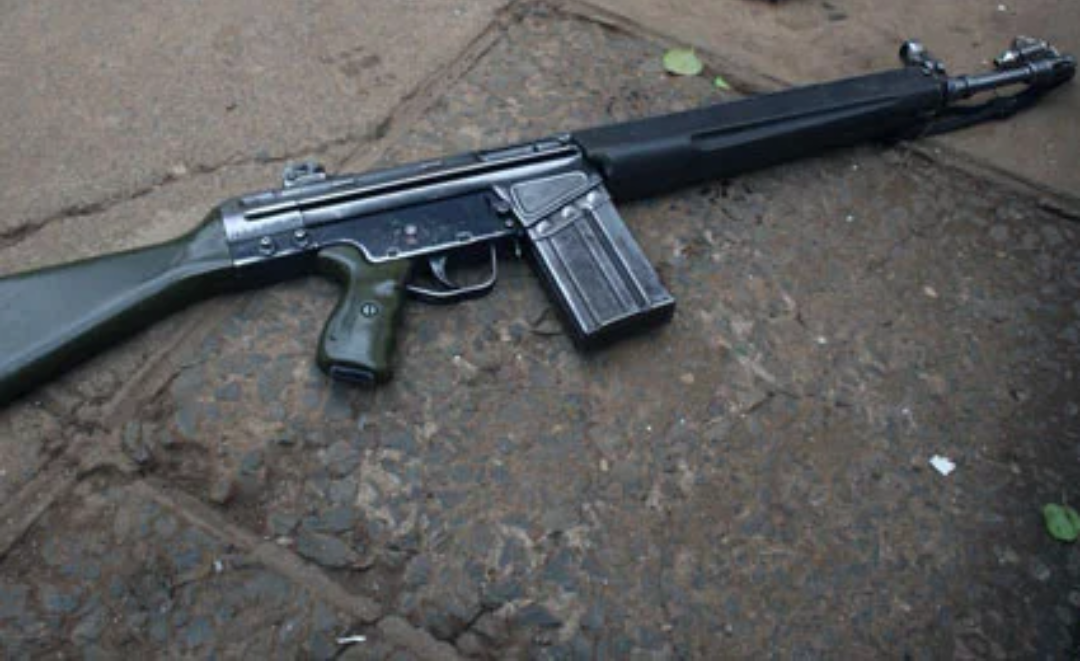 A 26-year-old is on the top Police watch list after breaking away from Police post with loaded rifles.

Confirming the incident, Marakwet OCPD said Kilimo had been arrest for stealing and attempts to commit suicide.

OCPD said Kilimo was handcuffed at the Stations Reports and Booking area but mysteriously slip from the handcuffs in absence of Police on Duty.

The thief Kilimo, used the advantage of the missing on duty officer to ransacked a nearby Police room belonging to Sergeant Wycliffe Juma Makhanu, the Station’s OCPP.

Sergeant Makhanu said Kilimo stole his two fully loaded G3s that he had kept under his Bed.

Speaking to the investigator of this site, OCPP said he that Kilimo accessed his room through the opened fire escape area.

This is not the first time Police service has lost riffles to thugs from careless and absentee officers on duty.

The police officers on duty left the station unnamed to go and  watch a European Champions League match between Manchester United and Barcelona.

It even makes it worse because those guns are being stolen from the Police, who are supposed to be the public protectors.

There is a thief out there with 2 loaded riffles. The same man who had been arrested because he wanted to commit suicide.

Police should be serious with their work and recover these guns before these maniacs commits a mass shooting attack on innocent people.

Kenya Insights allows guest blogging, if you want to be published on Kenya’s most authoritative and accurate blog, have an expose, news TIPS, story angles, human interest stories, drop us an email on [email protected] or via Telegram
Related Topics:AK47Elgeyo MarakwetG3 riffleOCPPOCS
Up Next