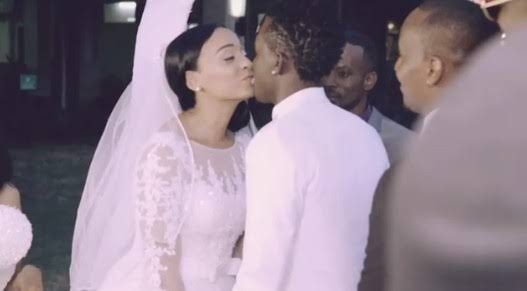 Gospel Singer Pozze as he’ popular known and never shy to court controversy is back at it again. Taking to his social media pages, the singer who has made a trademark of a controversial figure, expressed his love for Alaine, a Jamaican singer whom together they made a hit song ‘I Do’.

It was widely thought that the two were in a relationship given the theme and intimacy in their music video. The two even kissed each other during the filming.

In his ‘opening up’ letter, Pozee seems to hint that the two were in a romantic relationship that has since died and he’s taking chances to reach out to her.

“Alaine, we were so good together dear, to be honest meeting you was the best thing ever coz it was like a dream come true when u see a man admitting to such, that means something big. I woke up today feeling some type of way, you use to like my pics and comment on them, nowadays.” Writes Willy Paul.

“I call you and you dont pick.. you dont even reply to my messages.. tell me have I wronged you in anyway? No I dont think so, like I said, i had so much hope in this.. you came to Kenya the other day n didn’t bother looking for me, I was forced to look for you what happened after female artist from Tanzania by the name Nandy. Me and her are just friends…. nothing more… that shouldn’t even worry you dear.” Said Pozee disowning Nandy whom many have assumed to be his lover following intimate appearances and collaborations. 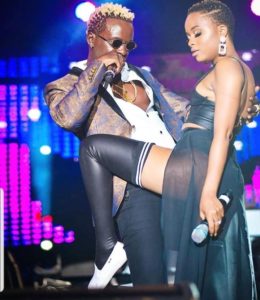 Willy Paul and Nandy on stage.

“Madam boss please talk, unblock me, this silence is killing POZZE, you know who ur legit king is. Help me fam.. get this message to her that?? You blocked me.. mmmmh the reason I’m writing this here is for the world to atleast help me get this message to you.. my mum keeps asking me where you disappeared to. But I’m glad you like one of my posts the other day.. maybe that’s a sign.” Pozze confesses.

Related Content:  You Can Have Sex With Your Cousins, Nothing Illegal About It In Kenya, Court Declares
Kenya Insights allows guest blogging, if you want to be published on Kenya’s most authoritative and accurate blog, have an expose, news TIPS, story angles, human interest stories, drop us an email on [email protected] or via Telegram
Related Topics:
Up Next