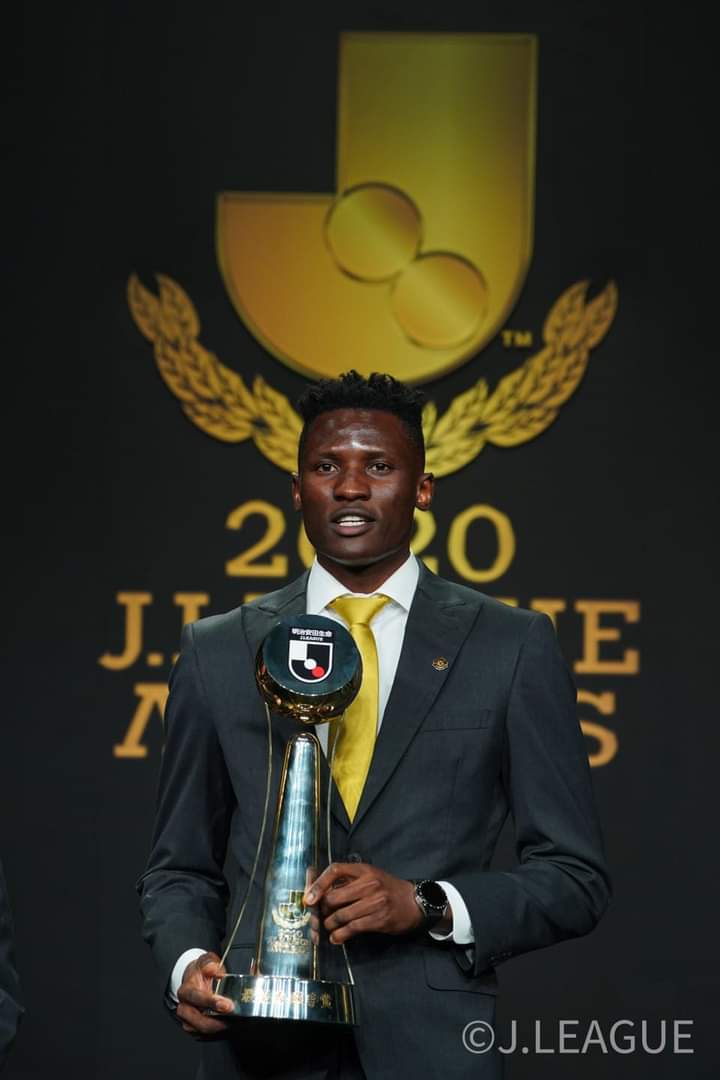 Kenyan International striker Michael Olunga crowned an impressive season by being named as the 2020 J-League Most Valuable Player(MVP).

The Harambee Stars forward who plies his trade for Japanese side Kashiwa Reysol, was also feted for being the top scorer and featured in the best 11 of the top flight league.

The 26-year-old led the goal scoring charts with a record 28 goals, his closest challenger Brazilian Everaldo finished the campaign with 18 goals.

The ex Gor Mahia player improved on his personal tally as he had scored 27 goals in the previous season albeit in the second division.

Engineer as he is fondly known, became the first African to earn the recognition of being voted as the MVP.

Kenya Insights allows guest blogging, if you want to be published on Kenya’s most authoritative and accurate blog, have an expose, news, story angles, human interest stories, drop us an email on tips.kenyainsights@gmail.com or via Telegram
Related Content:  Bankrupt K' Ogalo Demands Sh4.5 Million From Sponsorless KPL
Related Topics:
Up Next