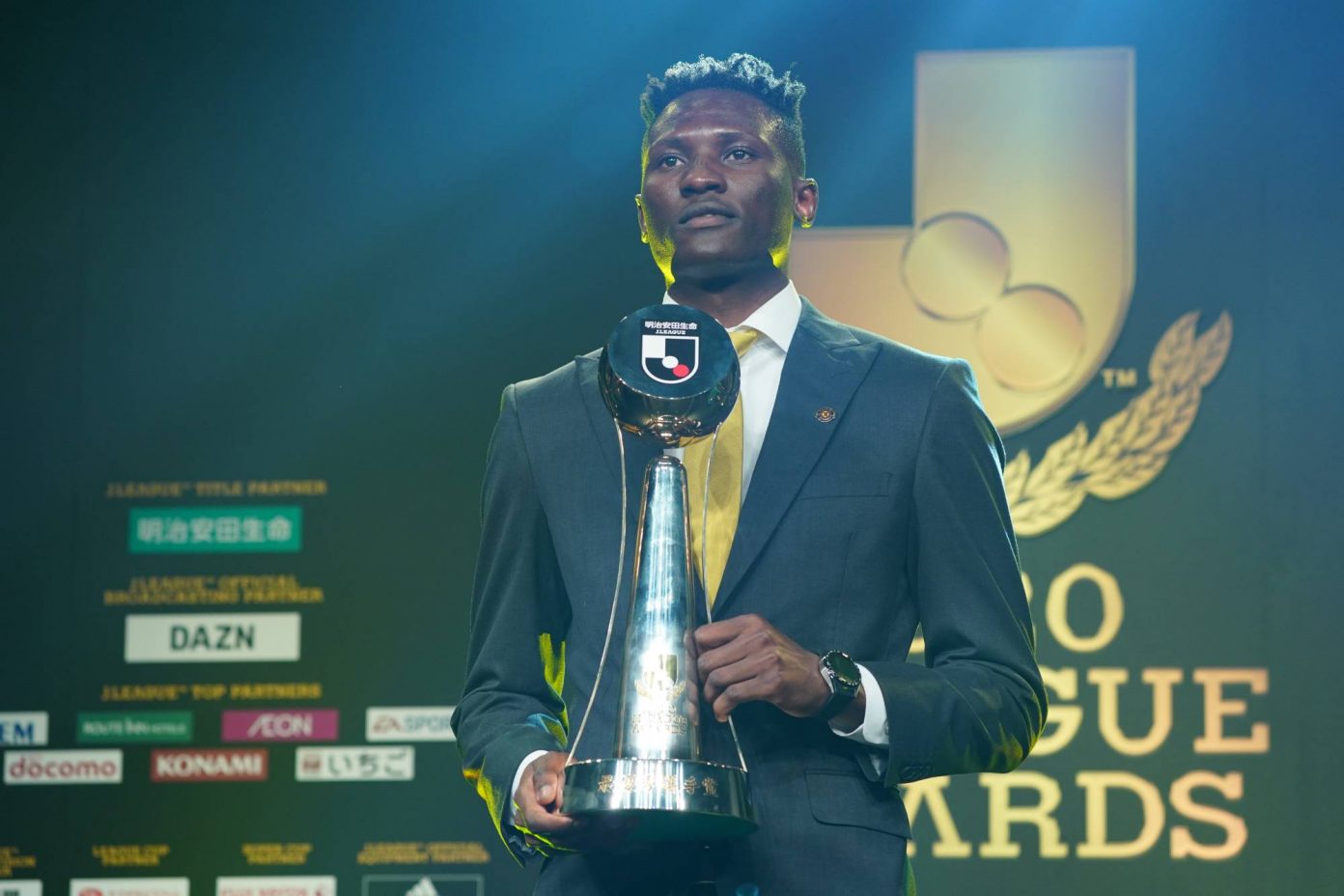 Harambee Stars forward Michael Olunga is reportedly angling for a move to  Qatar side Al Duhail Sc following a stellar season in Japan that saw  him top the league’s scorers chart with 28 goals from 32 games.

Olunga helped Kashiwa Reysol to finish seventh in the 2020 season.

Apart from topping the chart Olunga was also named the league’s MVP with Fifa naming him in a shortlist of five   “little-known strikers who’ve emerged as scoring sensations in 2020.

26-year old Olunga who has turned out for Clubs in Spain,  China,Sweden  has found his form in his adopted home of Japan scoring regularly .

“I attribute the success to hard work and staying focused even when you think everything is lost,” he told FIFA.com.  “It’s about believing you are capable of achieving great things and doing wonders on the pitch.”

In 2020, that work certainly paid dividends, because the talented Kenyan racked up no fewer than 28 goals in 32 games, topped the J-League scoring charts, and led promoted Kashiwa to seventh place at the conclusion of the 2019/20 campaign.

Olunga’s targets for 2021 will likely include maintaining the pace he set this year, and perhaps adding to his international scoring total in the upcoming qualifying matches for Qatar 2022, where Kenya is pooled alongside  Mali, Uganda and Rwanda.

Kenya Insights allows guest blogging, if you want to be published on Kenya’s most authoritative and accurate blog, have an expose, news TIPS, story angles, human interest stories, drop us an email on [email protected] or via Telegram
Related Content:  God Gave Us Tongues And Fingers Governor Sonko Defends Linturi Over His Estranged Wife's Claims That He Couldn't Perform In Bed
Related Topics:
Up Next