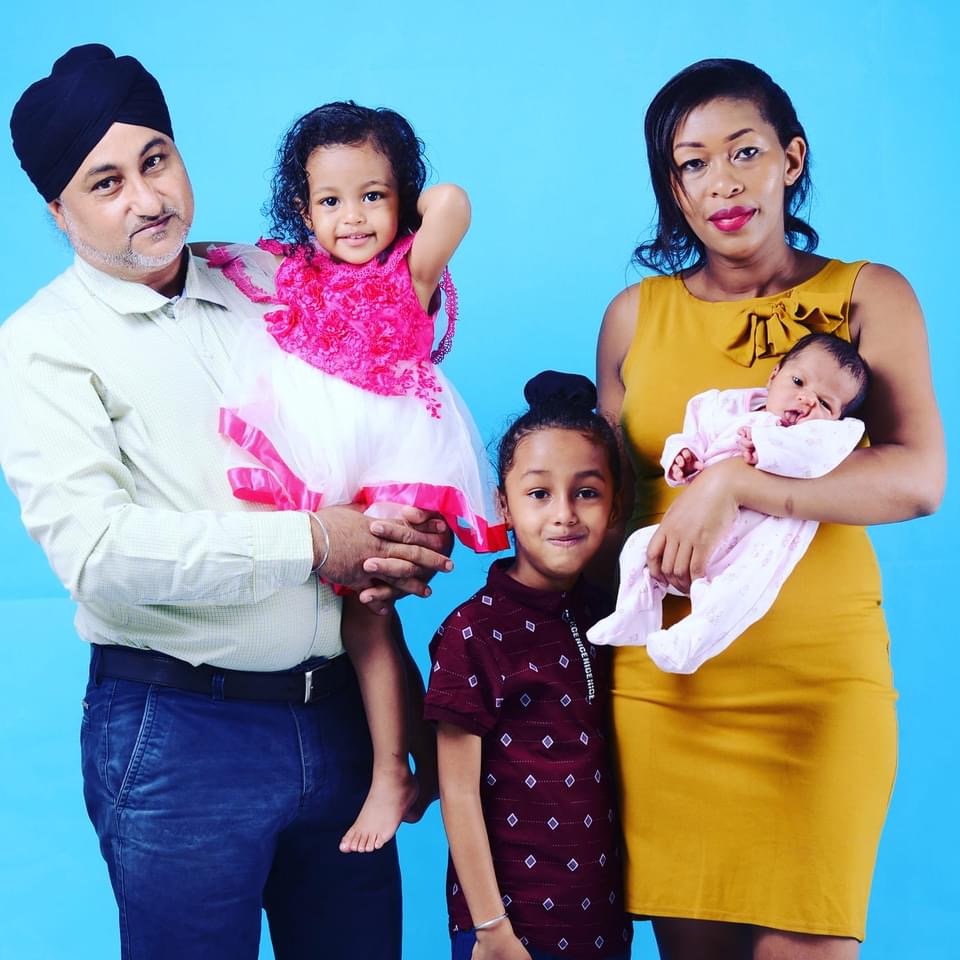 If you’re on the popular Facebook Group ‘Thriving Couples’ you definitely must’ve come across this rare love story that has gone viral. It’s a story of Lilian Boris from Muranga and her husband of Indian descent.

She narrates her story on how they met and one they’ve made it through to a marriage of eight years. If you haven’t read the story, check it out via Facebook.

First of all I am grateful for my family and I would choose my husband again and again if I had to.

We met in November 2011 in a night club, having accompanied friends for an after party, we shared a few drinks, later exchanged contacts and now here we are.

At first from the minute we exchanged contacts, it took us more than three months to connect again. First because I traveled a few days after our first meeting so every time he tried to reach me I was unreachable so he gave up trying. I somehow forgot to save his number the first time we met.

When I came back, he tried calling again and this time he got through to me, without wasting time he asked if we could meet for coffee or lunch. I said yes to the meeting and sisi hao, java yaya centre.

Just like most of you, I had painted my own picture of how Indians are (not a good one) so I wasn’t having much expectations. From the very first meeting he had said that he liked me very much but I could hardly see me and him together ?. Yaani, how? Kalasingha?

I wasn’t sure where our relationship was headed but we kept meeting and one day I told him that the following week I would be going to Murang’a (to visit my parents) and immediately he said he want to accompany me. I asked him as who? He said that if I wasn’t ready to introduce him as someone I like or love, we can say he is a colleague who just want to see that part of this beautiful nation.

We travelled as scheduled and I had informed my mom that my colleague will be accompanying me, my sister too. Everyone was happy to see us when we arrived home. My grandma was also home that day and even without waiting for introductions, she asked. “Nuu wauga aturehere mundu??? (Who brought us people?) If you know, you know. And by the way, those saying that I must be a Njeri ( I am not, she could be my sister from another mother) I am Wangui. And those mocking my flat assets???, where did you expect me to inherit curvy from?

Basically that is how we went home as colleagues and came back as blessed partners. I was however still unsure and we kept an on and off relationship in 2012 and part of 2013, but later that year we decided to settle down for real. His family didn’t have an issue with it (they are very open minded). I could however see some of the neighbors peep at us every time I visited him before we settled down but later they became the best of friends.

Wenye mliuliza whether I had to send those things other indian men ask for online ?, I didn’t. Shame on you actually for asking me that??. I didn’t pay dowry for him since most of you wanted to know.

He is a Sikh a I remain a Christian, our kids often go to the temple (which I also do at times) but understand christianity pretty well. When you understand or explore more than one religion, it broadens your ability to understand and respect other people’s beliefs.

He is a good man, a good father and the best husband I could ask for. We are blessed with three beautiful kids (one boy and two girls) and I could never want it any other way.

When love finds you, embrace it. Like someone said, ‘mapenzi haina mwenyewe’.

Explainer: The Burial Rites And What Happens When A Muslim Dies