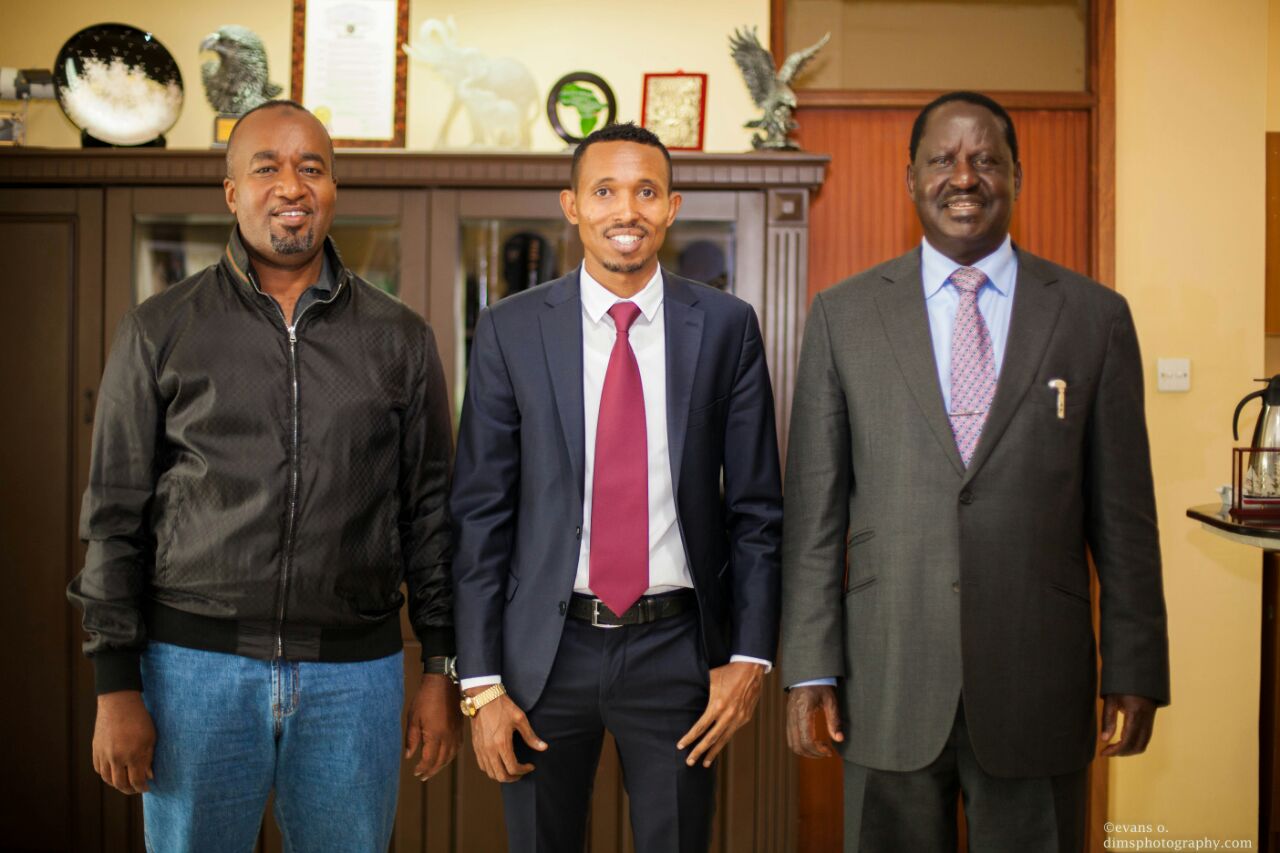 Accustomed political realignment is on wheels as August date approaches and parties are warming up to nomination exercise that’s often the determinant of who gets what. Like any other county, Mombasa has its share of power wrangles, given array of contestants, political parties are spoiled for choices.

One such constituency is Nyali where veteran investigative journalist Moha Jichopevu is eyeing to secure. An ODM asset in media strategies and ecstatic mobilization mojo especially to the young generation and Muslim voting bloc puts him ahead of choices, but it’s not a walk in the sand.

Moha who’s yet to make his contest formally official has been on the ground pushing his agenda. The influence gained has already earned him a new enemy, bully Marwa who in his world is advising the defiant journalist to keep away from politics. Intelligence Watch has their eyes on the dreaded scribe who on several files has been marked as a revolution agent. His close ties with ODM leader has earned him names from the government apologists.

Kenya Insights has gathered that a never seen before young Turk team is in the ODM ovens with Joho and Moha tipped to headline countrywide campaigns for Raila presidency once the formation is finalized. Jichopevu is quoted having vowed to ensure a Raila win by all means and providing Jubilee’s early home return, sentiments echoed by Joho in several conventions.

However, things are a little bit twisted with interest clashing playing out. Said Salim aka Saido, Joho’s brother is also eyeing the same Nyali seat that Moha is going far creating a sharp state of confusion amongst ODM supporters. Locals are murmuring that the Joho’s must not be selfish and give space for others to occupy The seat currently held by Awiti Bolo who has defected to Jubilee. The general feeling is for Joho’s to retain and stick to the gubernatorial position instead of creating a selfish political dynasty. now is left with a decision to make on whether to support his brother or to look into party’s general interests and support Moha.

It goes without saying that Ali Hassan Joho the Mombasa governor is the only politician in the last four years of the Jubilee administration whose fortunes have risen exponentially. He has ruffled the feathers of those in authority so painfully as to delegitimize the ruling coalition in the Coast and all the regions occupied by the Muslim community. As the emerging Coast political kingpin, Joho has kicked Jubilee out of the Coast, making nonsense President Uhuru and his deputy’s efforts to woo the region to its side through an issuance of title deeds. It was Joho who recently forced the President to cut short his trip to the coast at the beginning of the year.

Mohammed Ali takes on the President during a tour in the Coastal city.

The governor took on the President publicly and challenged him to show the so- called development projects the Jubilee administration has launched in the county in the last four years it has in power. Joho has endeared himself to the opposition supporters by losing no opportunity to hit out atJubilee administration, specifically picking out the president and accusing him of taking the people of Coast for a ride. As the ODM deputy party leader, Joho is the vanguard against Jubilee shambolic rule; the fearless commander who will lead Raila Odinga fortunes in the coast as the former Prime Minister makes a fourth stab at the presidency in 2017. On this Joho has two major if not critical assignments on whose back Raila’s fortunes is closely dependant.

Related Content:  How To Politely Turn Down Handshakes Without Offending

First, it is upon Joho to try as much as he can to cure the perennial claims of voter apathy in the Coast region.The Coast region is considered as the area with the potential to tilt the outcome of an election, but only if the people there registered and came out to vote. This has, however, been undermined by a low level of voter registration and then small turn out on the polling days. Having declared war against Jubilee, and Uhuru specifically, Joho has the arduous task of ensuring that challenges of voter apathy are addressed, and Coast people come out and take a significant role in the national politics if his Raila projects are to succeed. Being in the crosshairs of Uhuru and the entire Jubilee machinery, Joho knows the stakes are high, and he must ensure that voting patterns in the coast change in his favor if Uhuru has to be restricted to a one term president.

To achieve this, the governor must take the lead and shore up not just the numbers at the registration centers but the turn out on the polling day. He must ensure the coast residents abandon their carefree attitude and come to cast their ballots on the election day. One of the main grouses about the Coasterians political behavior is that they hardly register and worse still even with the low numbers, they never vote. Secondly, as the deputy party leader of ODM, it will depend upon Joho to ensure that the nominations in the region are credible so as to strengthen and advance the image of the party at this critical point in history when the prospects are looking up for their leader.

Moha paying respect in a gesture to a lady during his routine door-door campaigns in Nyali constituency.

The party has had a shambolic history in party nominations. The same is likely because, with the rise of the Joho, state agencies through the NIS have found a perfect excuse to interfere with the nominations as one way of weakening ODM. With everything looking up for ODM in 2017, and with Joho’s rising national stature this is important, and if poorly handled it could undermine the strides he has made in the recent past. Joho’s rise coincides with the affirmation that ODM is the party to beat in the Coast.

This has placed undue pressure to the governor to ensure nominations that stand the test of time as the affirmation of his readiness to lead the country after the 2022 elections. History is stark here. In 2013 ODM lost several seats in the Mombasa due to nominations shenanigans. Mombasa’s Senate seat, the Jomvu, Nyali all went to Wiper because of bungled nominations in which unpopular candidates were preferred over the popular ones.The first test for Joho comes in the next nominations. He must ensure order and fairness.The real test of nominations in Mombasa will be in Nyali where Joho has to choose between his brother Said Salem aka SAIDO or the voters favorite Mohammed Ali aka JICHO PEVU.

Is 2017 Elections For Raila To Lose For Emasculated Uhuru