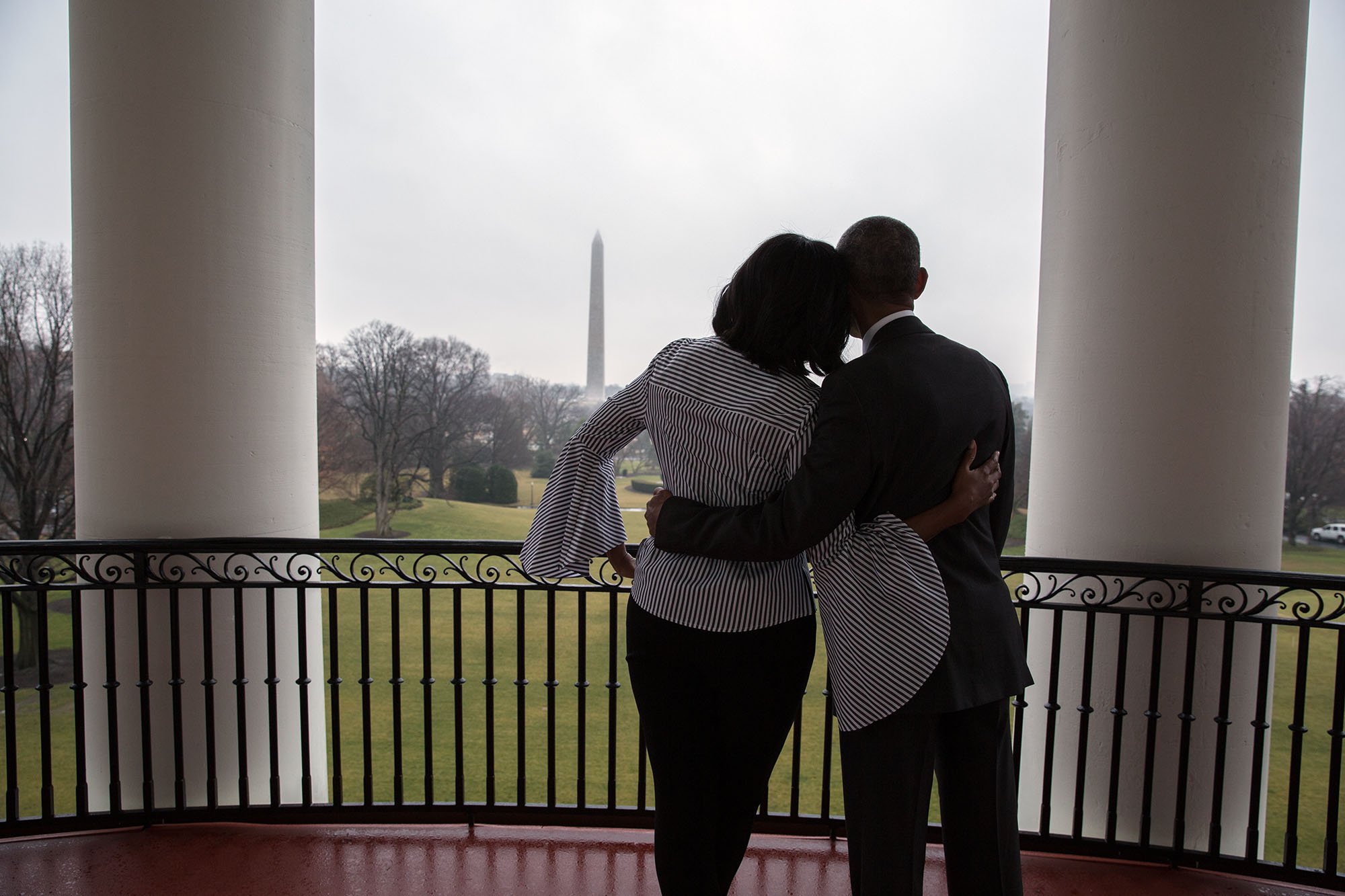 After winning the presidency in November 2016, American real estate mogul Donald John Trump was Friday sworn in as the 45th president of the United States of America. Trump took over from Barrack Obama who has been at the White House for two terms, Obama, 55, smoothly handed over power to Trump, 70, marking the beginning of a new era.

In Africa it was a different script, the bedrock of African politics is greed, disrespect to the constitution and hunger for power at the expense of peace and citizens’ lives. Gambian new president Adama Barrow was Thursday sworn in in a neighboring country Senegal where he had gone to seek shelter after winning elections in December.

Barrow took the oath in a hastily arranged event at the Gambian embassy in Dakar. The immediate former President Yahya Jammeh conceded defeat and later changed his and refused to hand over power smoothly. Regional troops had to be sent to cross into Gambian borders to support the democratically elected president. His afterthought rejection of Barrow’s win sparked the crisis and kicked out tourist from the small nation.

Jammeh later stepped down Friday after the expiry of mid-day ultimatum when he signed a deal marking the end of his 22 years at the grip of power. He seized power in a coup in 1994. Africa is a place where rogue leaders can choose to be lifetime presidents like the case in Zimbabwe where the over aging Robert Mugabe will run and ‘win’ every election. The same is the case in Uganda, Mugabe and Yoweri Museveni have been in power since 1980 and 1986 respectively.

In Burundi, Pierre Nkurunziza forced himself into a third term contrary to the law of the land. Nkurunziza is a former leader of the Hutu rebels who has been president since 2005 but is still not willing to transfer power after the expiry of his term. His illegal third term has caused unrest in his nation with several people fleeing to neighboring countries like Rwanda, but that is the least of his concerns.

His selfish interests come first, and the cowardice actions of African Union (AU) have fostered his interests. He threatened AU’s 5000 troops and AU-backed down to the sidelines while Burundi was burning.

His neighbor, Joseph Kabila of DRC (Congo), has borrowed a leaf from him, Kabila chose to stay on when he was expected to step down after the expiry of his term causing fears that spiraled into conflicts. He has been in power for two terms, and under the constitution of DRC, he was not eligible for a third term. He pushed 2016 elections to 2018 when he says he will hand over power after plunging the country into chaos.

Former Gambian President Jammeh inspecting a guard of honour. He finally agreed to relinquish power peacefully after building skirmish pressure in the country.

DRC has struggled to stay free of conflicts since gaining self-rule from the Belgians in 1960. Kabila has stolen from public coffers and is now busy sealing the holes and hiding any possible file through which he may be found capable when he leaves office. Nkurunziza may choose to ‘forcefully’ change the law to do away with the term limit like Rwanda’s Paul Kagame did in 2015 to allow him to become a lifetime president.

Related Content:  Expert Opinion: Should You Wear Masks Against Coronavirus Or Not

That is Africa for you when other Presidents like Obama, John Dramani Mahama, Thabo Mbeki and Tanzania’s Jakaya Kikwete heed to the majority voice and take backseats. Selfish and underperforming African presidents always cling to power when in some parts of the world former presidents still play important roles in the society.

America’s 39th President Jimmy Carter through his foundation ‘The Carter Centre’ is running excellent programs. The center is improving lives, health, solving conflicts, enhancing freedom and democracy. Former South African President Thabo Mbeki is a giant solving conflict on the continent, and so is Tanzania’s Benjamin Mkapa. Power hungry presidents like Kabila, Nkurunziza and the likes believe in nothing but fattening their foreign accounts. They find no better role to play in the society after retirement.

Smooth transfer of power as witnessed in America and recently in Ghana should be a lesson for many African nations where incumbents believe they can not be beaten. Kenya for is instance is preparing for one of the most consequential elections. Rigging signals can be read already, mass voter registration has been turned into unofficial campaigns, and Research companies are sponsored by politicians to release opinion polls that favor parties with dwindling support.

Power come and go, and it belongs to the people who have the choice to elect the people they feel can serve them better. Leadership is beyond being at the grip of power; former presidents have roles to help the people too. If one is beaten when defending their first term, they should do the honorable thing. Accept and live to fight another day. France’s Nicholas Sarkozy was unable to secure his first term, he was beaten, he conceded, and he is now seeking a comeback through a popular vote.

Related Content:  Thou Shall Judge Party's Abilities To Run The Country By How They Conducted Their Nominations
Kenya Insights allows guest blogging, if you want to be published on Kenya’s most authoritative and accurate blog, have an expose, news TIPS, story angles, human interest stories, drop us an email on [email protected] or via Telegram
Related Topics:
Up Next